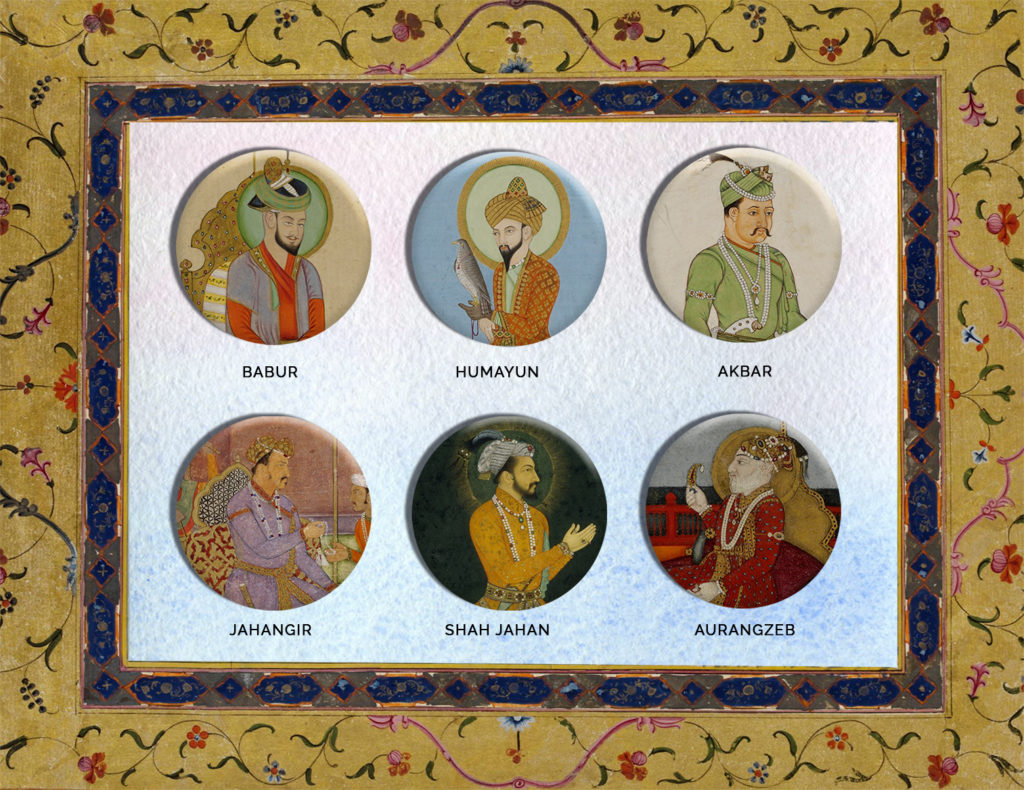 A Brief History of the Mughal Empire in Coins

From 1526 to 1857, as the fortunes of the empire went from shaky to glorious before withering into decay, its currency too reflected these shifting sands. READ MORE 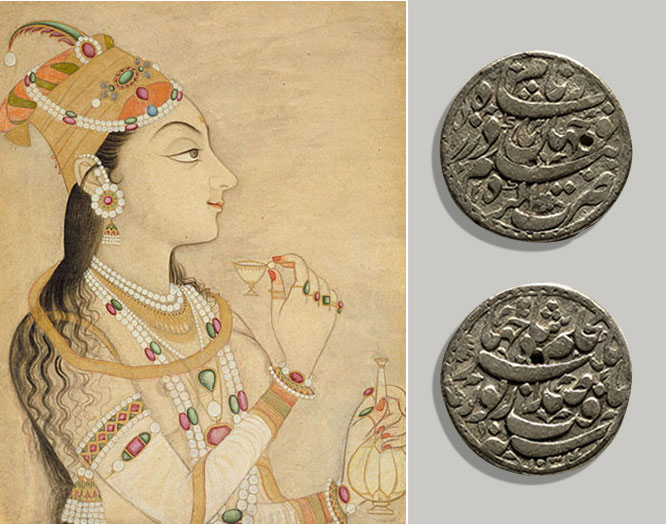 Only one Mughal empress in history had the distinction of issuing coins in her name and that was Nur Jahan. Emperor Jahangir's twentieth wife was an incredible woman, who took an active interest in politics, military affairs, administration, arts, culture and architecture. She ruled, fought, strategised and commanded the empire, shoulder to shoulder with her husband, even standing in for him at times. Her artistic legacy is equally tremendous—the white-marble tomb she built in 1628 for her father I'timād-ud-Daulah was the inspiration behind the Taj Mahal. Featured here is a coin from the Sarmaya collection minted under Nur Jahan's name in Agra.

Even though it was Pashtun king Sher Shah Suri who introduced and standardised the rupee, it was under Akbar's reign that this system gained popularity. The Mughals continued to categorise currency along Suri's tri-metallic formula. Mohurs were struck in gold, rupees in silver and the humble daam, precursor to the paisa, was cast in copper. Here's a handy guide to making change in the Mughal era 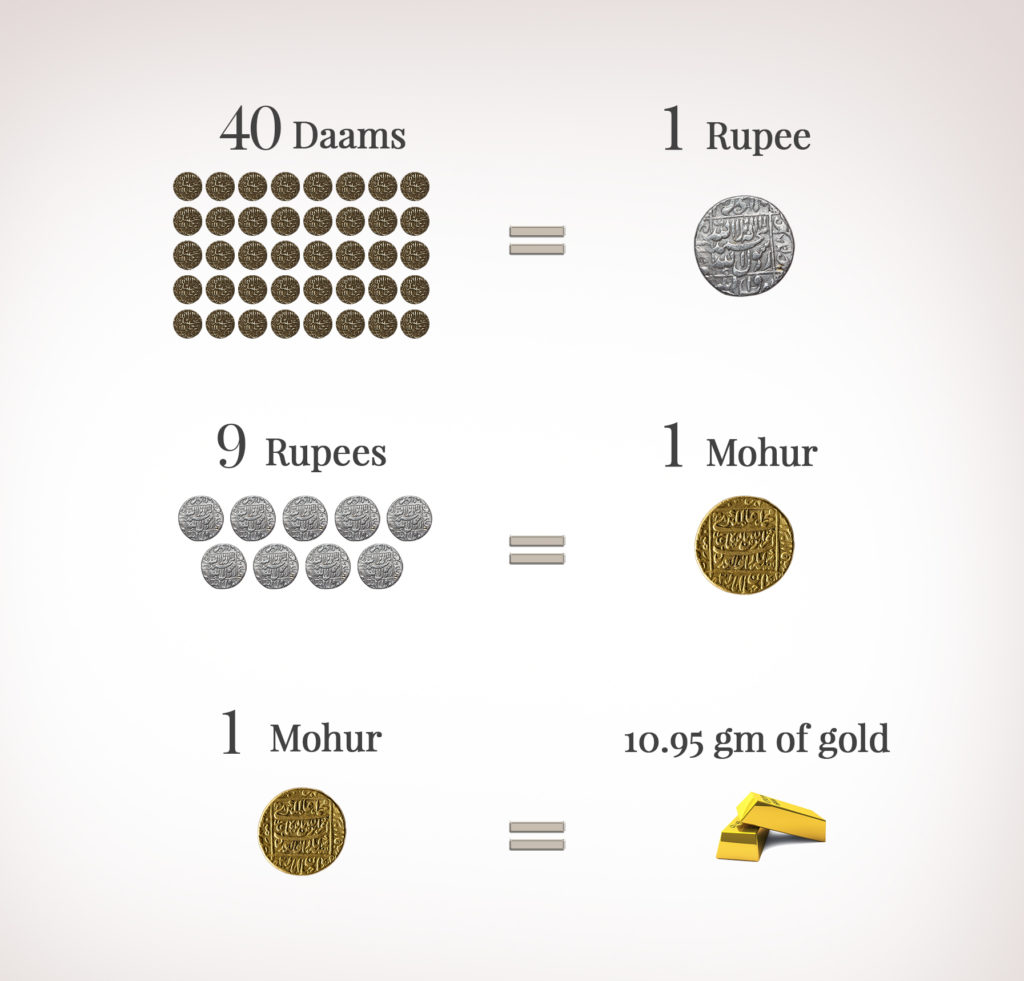 Mughal coins are highly prized among collectors for their beauty and rarity. Watch this video to find out what makes a series like Jahangir's zodiac coins so special. The Sarmaya collection boasts a 'Taurus' coin from this series—picture and full story here

The emperor of India from 1658 to 1707, Aurangzeb was driven by a coruscating ambition. The Mughal empire burgeoned to its maximum size under his reign. And on this relentless march of conquest, mints acted as milestones. Coins were markers of territory and it was not uncommon for mobile mints to be part of army entourages. Upon winning the war, the victor would issue coins in their name. Mughal-era coins of this kind were called Urdu Zafar Quarin—'the camp associated with victory'. Aurangzeb's Thiruchirapalli coin is an example. 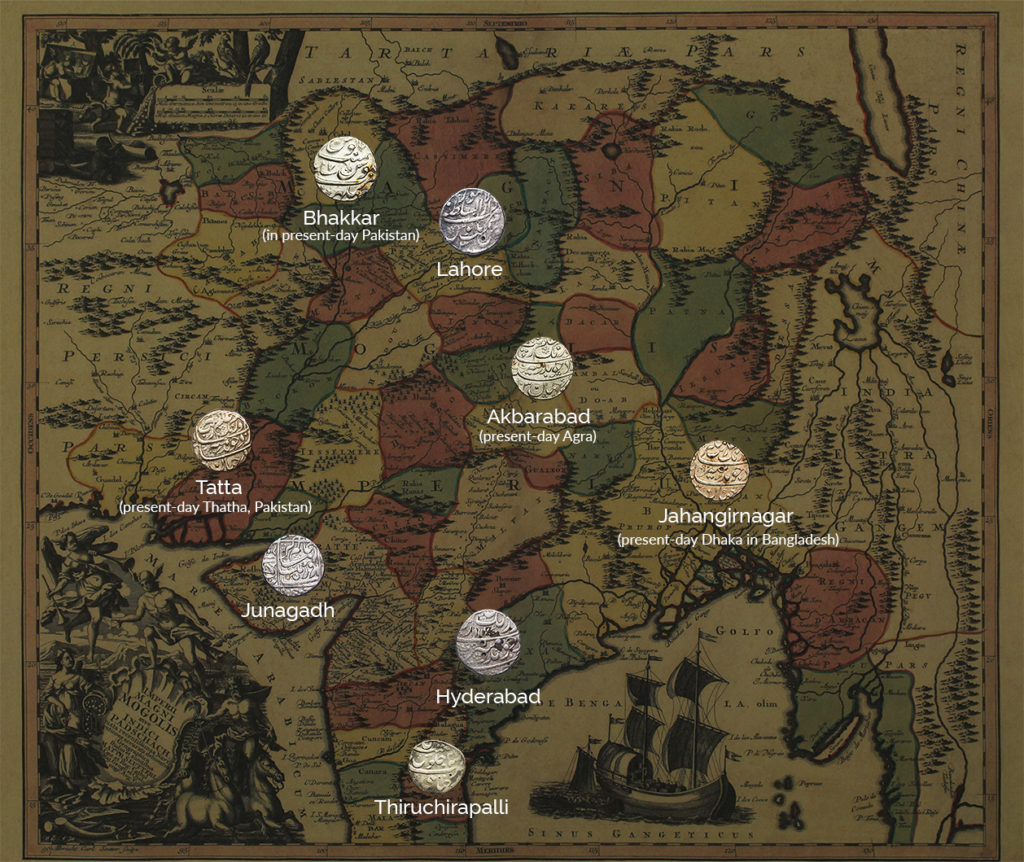 From Sarmaya's collection: coins minted under Aurangzeb's reign and a 1745 map of the Mughal empire

According to this even-handed profile of the Mughal in Aeon,  "Aurangzeb’s thirst for conquest grew as he aged. The emperor spent his 60s, 70s and 80s living out of tents while he fought for Mughal conquests in central and south India. At first, his victories were swift. In the 1680s, he took both Bijapur and Golconda, along with Golconda’s famed diamond mines. But thereafter Mughal victories lagged. The 1690s and the first seven years of the 1700s saw protracted sieges and weak morale among Mughal soldiers. Even as an old man, when age required that he be carried around the Deccan and south India on a palanquin, Aurangzeb often personally oversaw military activities."

Nazranas were gorgeous limited-edition coins struck to mark a special occasion or to honour an important host. Made as they were to be presented at ceremonial events, Nazrana coins were larger than average and objects of delicate beauty. The two below from the Sarmaya collection are silver Nazranas presented to Shah Alam II (left) and Nasiruddin Haidar