Photography gained so much popularity in India so quickly that not long after its arrival here in the mid-1800s, studios sprang up all over the country. And their biggest clientele? The royals. It was common for Indian princes to visit photo studios to have their portraits made. Around the same time, painted photography emerged as a trend in the west and it became instantly popular, especially among the swish set in Rajasthan and Gujarat. These canny patrons soon realised that a little painterly attention could create pleasing effects, both decorative and corrective, to portraits that would be the centerpiece of their living rooms.

Very soon miniature painters who had lost their livelihoods in the princely courts started to find work at these photography studios as colourists. The period before colour film was invented saw a happy collaboration between photographers and artists. Painting heightened realism and brought out the details of each frame vividly. There were two ways of adding colour to a photograph. The first method involved tinting glass-plate negatives. This made for photographs with a barely discernable layer of colour, just a faint glow. The second technique covered the finished photograph with an opaque layer of paint. Most often the entire photograph was painted except for the face and hands of the subject. 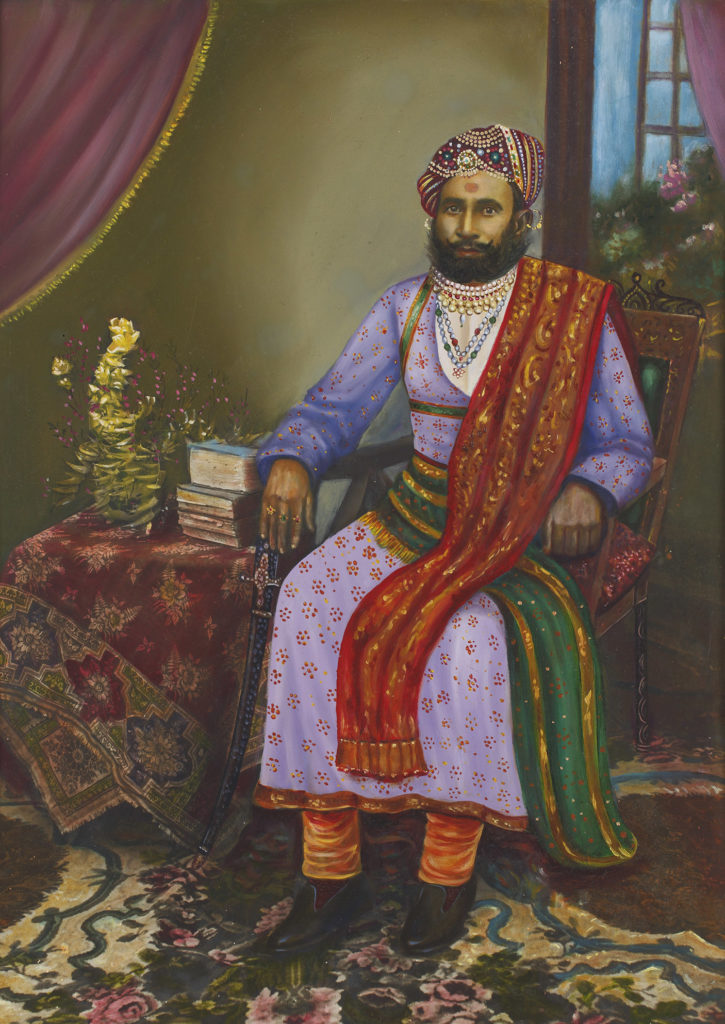 Portrait of an unidentified nobleman

The artist had the liberty to get creative with the background. Sometimes the original backdrop would be altered completely and replaced with a garden or a decorated room or the altar of the family deity. In most photographs, especially the larger ones, the background was not as intricately painted as the subject themselves. The artists were miniature painters with a sharp eye for minute details—but they were not able to apply the same skills to a bigger space. As the demand for painted photography rose suddenly and sharply, the artists’ jobs became tedious. One way they coped was by working with painted backdrops that would be placed behind the subject in the studio. All they had to do when they got the photograph was colour these in. 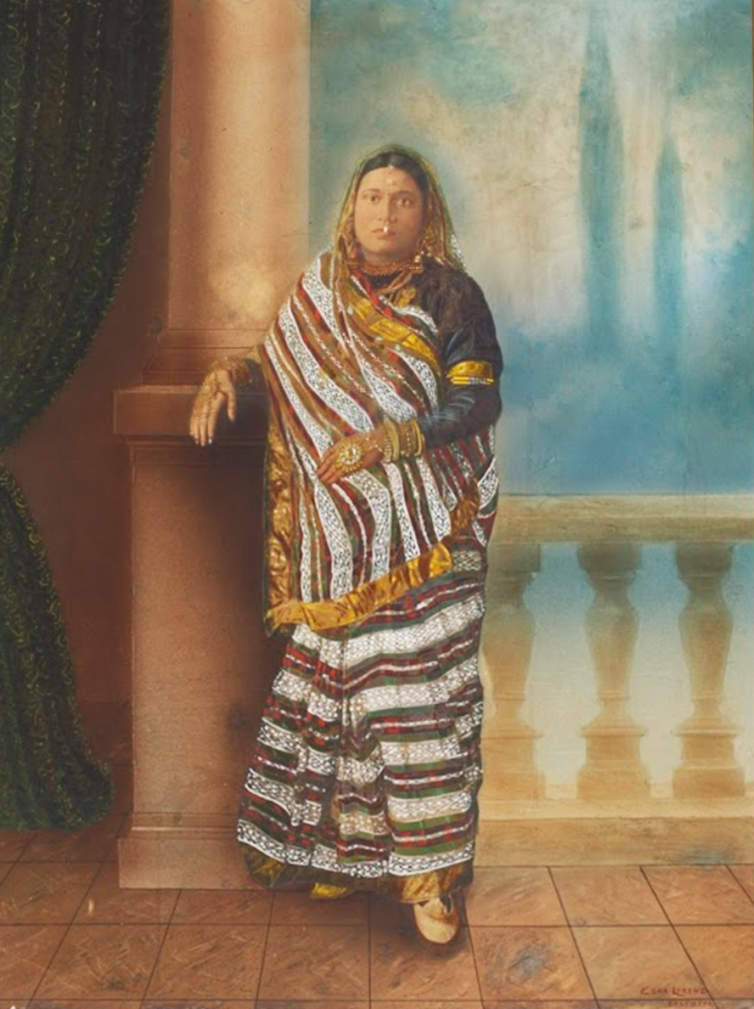 Initially artists used gouache and oil colours to paint photographs, but over time, they shifted to water colours that lightly tinted and shaded the photographs to make them more realistic and appealing. The artists typically worked with a hand-kit of 15 to 36 colours. As photography became more widespread and affordable, many non-royal patrons too wanted their portraits captured, especially those from the merchant and trader classes. The middle-class also commissioned painted photographs of festivals, weddings and pilgrimage.

Painting photographs allowed artists different ways to alter or correct images. An obvious example is the painted photograph of Maharaja Bhupal Singh of Udaipur, who was paralyzed from the waist down at a young age. The image shows the maharaja standing upright holding a sword and shield. The original photograph was painted over leaving only his face visible. The artist has vividly brought out the details of the maharaja’s jewellery and royal robes, but the same cannot be said of the background. 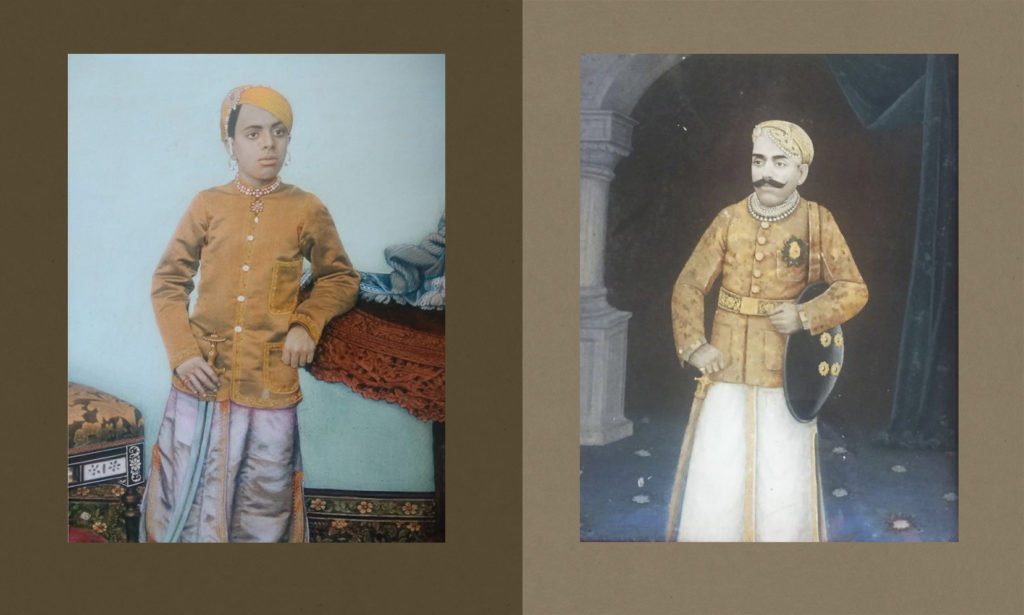 The rising trend of painted photography marked the transition of our collective loyalty from the decorative Mughal style to the more realistic British aesthetic—as our rulers changed, so did our tastes. What’s interesting to note is the ingenuity with which Indian artists neutralised the threat of this new, western innovation. As a result of this, for the longest time, painting and photography were not considered as two separate arts in India. They blended together to form a distinctive hybrid language.

Manisha Kallivelil is an intern at Sarmaya. Meet our team of interns here