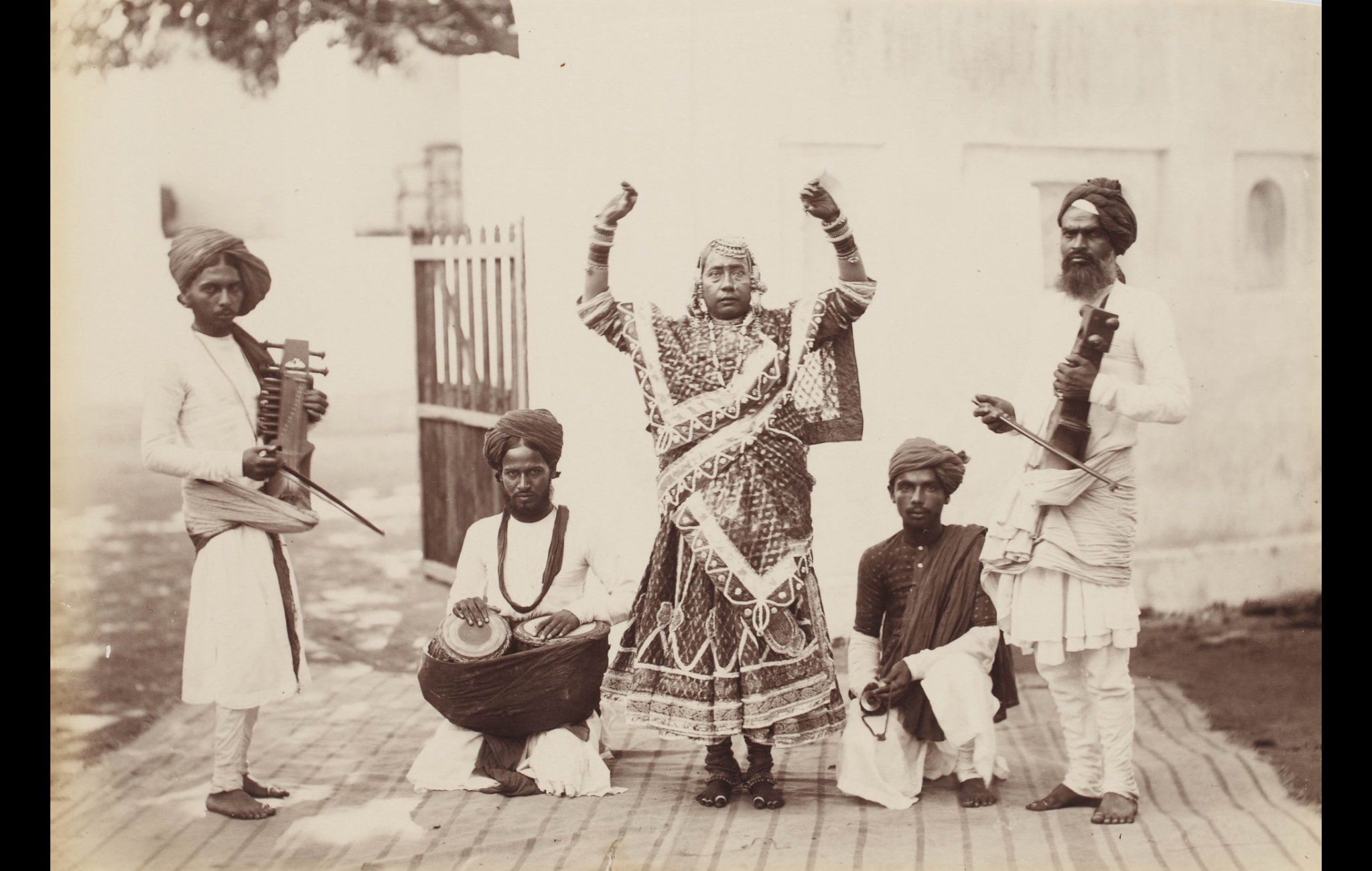 This is a photograph of an unidentified nautch party in Bombay. It was taken by a French photographer Eugene Auguste Taurines who was active in Bombay from the mid-1880s to around 1901 and ran a studio in the city.

Starting around the Mughal era, entourages of dancing girls performed for rulers and chieftains, not only in their courts but also in war camps. As the occupation of the East India Company grew, ‘nautch’ also became a common form of entertainment at the homes of the English tradesmen in India. This photograph is a part of our digital exhibition, Dancing Queens.