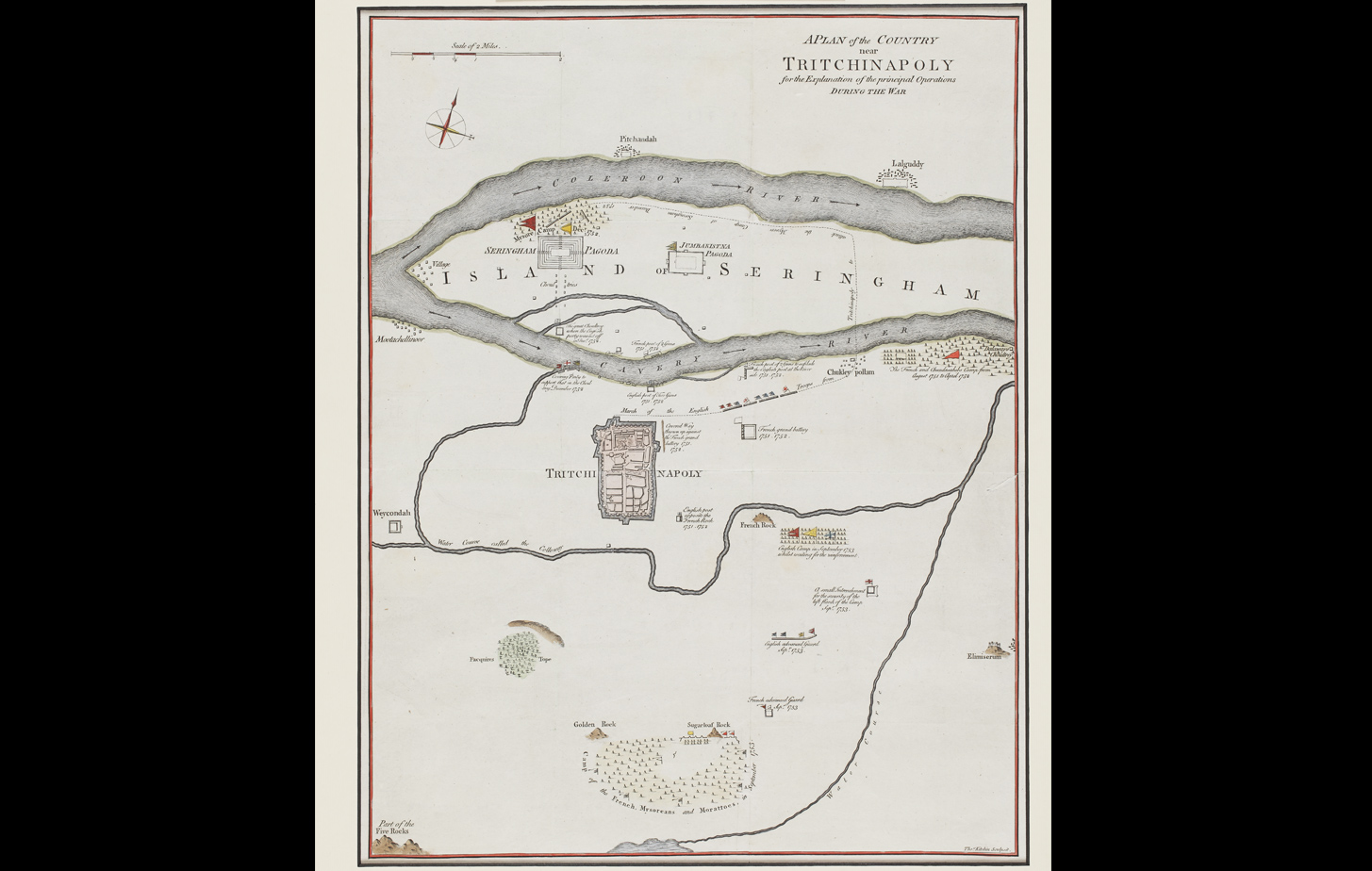 Thomas Kitchin was an English cartographer and engraver in 18th-century London. A large body of his work was produced for London Magazine—he created around 170 maps for them. He was also the head hydrographer to the King of England, which meant that he was responsible for measuring the physical proportions of major water bodies, from oceans to lakes. He is perhaps best known for his remarkable partnership with Emanuel Bowen (1714-1767), with whom he published ‘The Large English Atlas’, a detailed map of England’s various counties and towns.

A Plan Of The Country Near Tritchinapoly For The Explanation Of The Principal Operation During The War, 1763