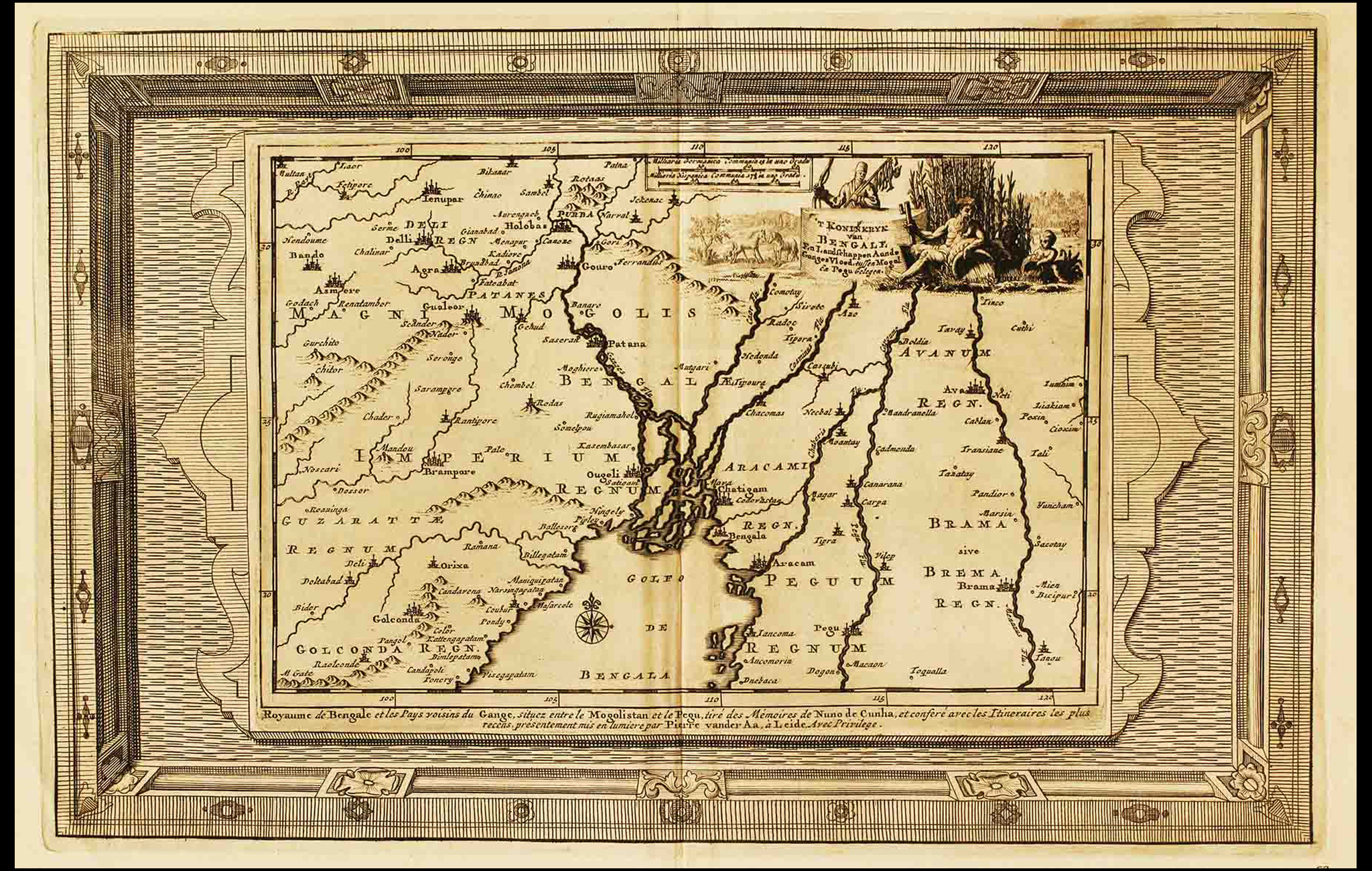 This map by Dutch publisher Pieter van der Aa is from his book, Royaumma de Grand Mogol, published in Paris in 1729. It is based on William Baffin’s map, ‘INDOISTANI A Description of East India, conteyninge th’ Empire of The Great Mogoll,’ that was published in 1619. Baffin’s map was the first modern map of India.

Sold as a sheet map, it was such a success that it was copied by several travel books, and referenced to draw other maps. Back in those days, cartographers would buy engravings from successful publishers and print them after changing the title and cartouche. The Dutch custom was to decorate the map with a Baroque-stye title cartouche, showing a cherub. Cherubs are a recurring image in these maps, it represents an angel gifted with the knowledge of conquering heathens.

Towards the middle of the 16th century, a large part of the Bengal trade and shipping was taken over by the Portuguese. By the close of the 16th century, the entire Bay of Bengal was in their hands. Van der Aa’s map shows the kingdom of Bengal and the neighbouring countries of the Ganges, located between Mongolistan and Pegu in the East. It draws from the memories of Nuno de Cunha, the Governor of Portuguese India in 1528.