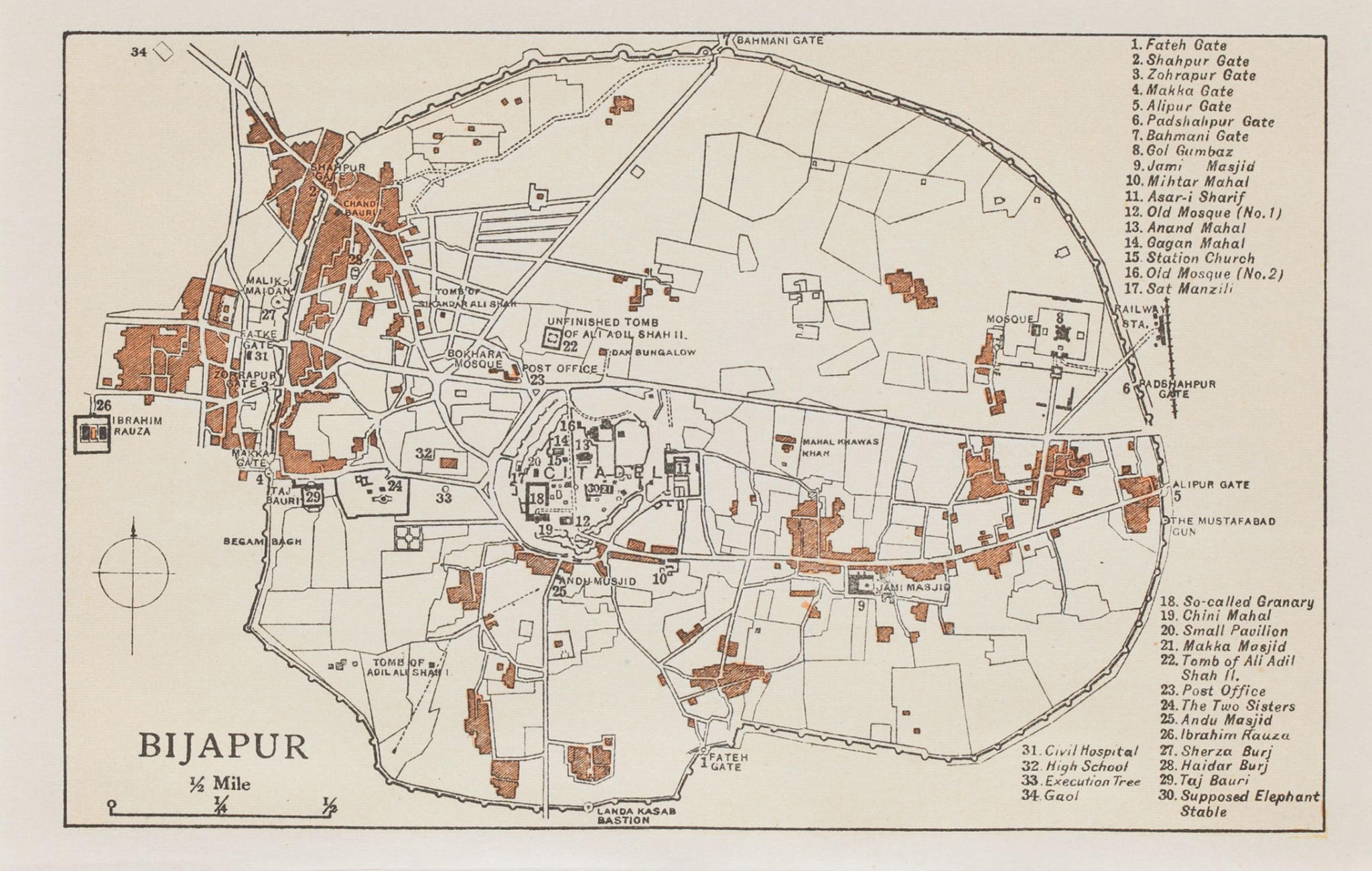 This map is of Bijapur (Now, Vijayapura), an erstwhile melting pot of cultures, and the capital of the Bijapur Sultanate in the Deccan region of India (presently part of the state of Karnataka).

Once called the Palmyra of the Deccan, Bijapur was described by Henry Cousens as a place with ‘Palaces, arches, tombs, cisterns, gateways, minarets, all carved from the rich brown basalt rock of the locality, garlanded by creepers, broken and disjointed by peepul, or banian trees…a treasury to the sketcher or artist’.

Ever since its establishment around the 10th-11th century, Bijapur has witnessed the rule of several dynasties and kingdoms – Kalyani Chalukyas, Yadavas, Bahamani Sultanate, and eventually the Bijapur Sultanate.

This map shows all important tombs, palaces ‘mahals’ and mosques ‘masjids’ in the city along with the gateways by the city walls – the Bahamani gate on the north, the Alipur gate to the east.