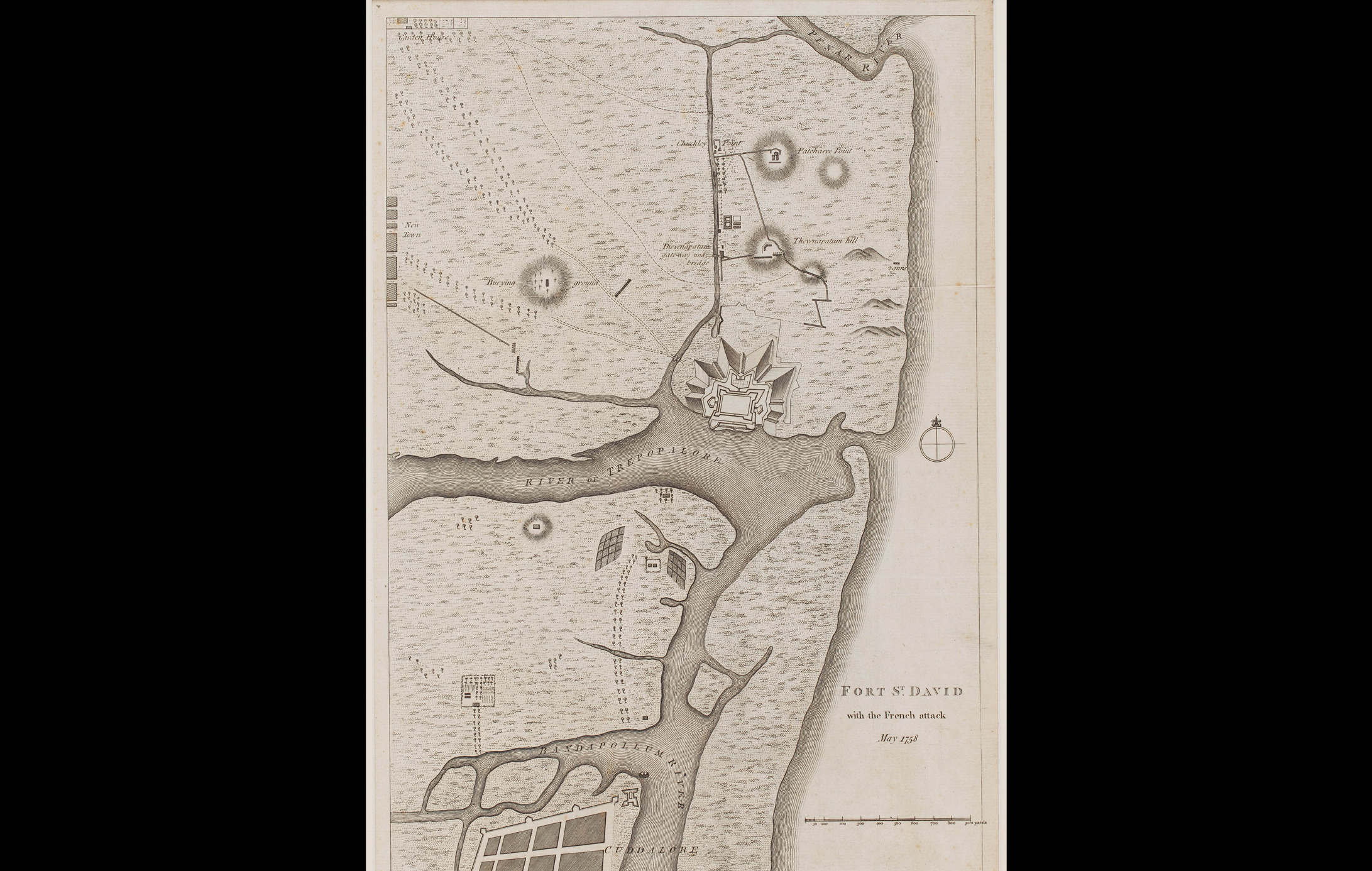 To read more on early cartography in the subcontinent, click here.

Fort St. David with the French Attack, May 1758