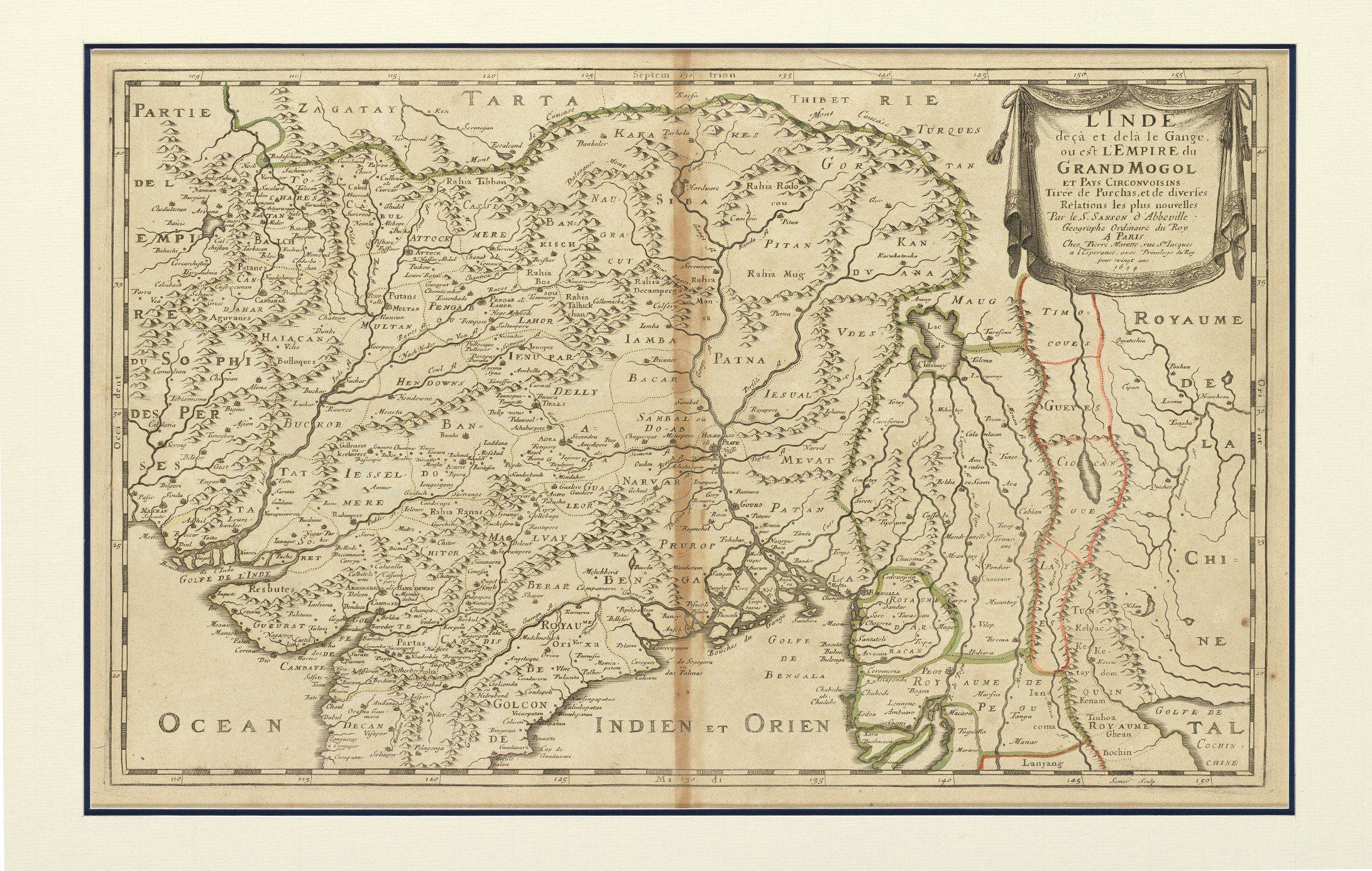 In comparison to his Dutch contemporaries, Nicolas Sanson (born in Abbeville, France) is considered the pioneer of the French school of cartography, which revolutionised map-making based on precision, scientific and historical narratives. He produced more than 300 maps in his lifetime.

This map showcasing the geographical extent to which the Mughal Empire (1526-1857) prevailed in the Indian subcontinent was produced by Sanson in 1654. It was published by his son Guillaume Sanson after Sanson’s death.

l'Inde deca et dela le Gange, ou est l'Empire du Grand Mogul (India below and beyond the Ganges, or the Empire of the Great Mogul)