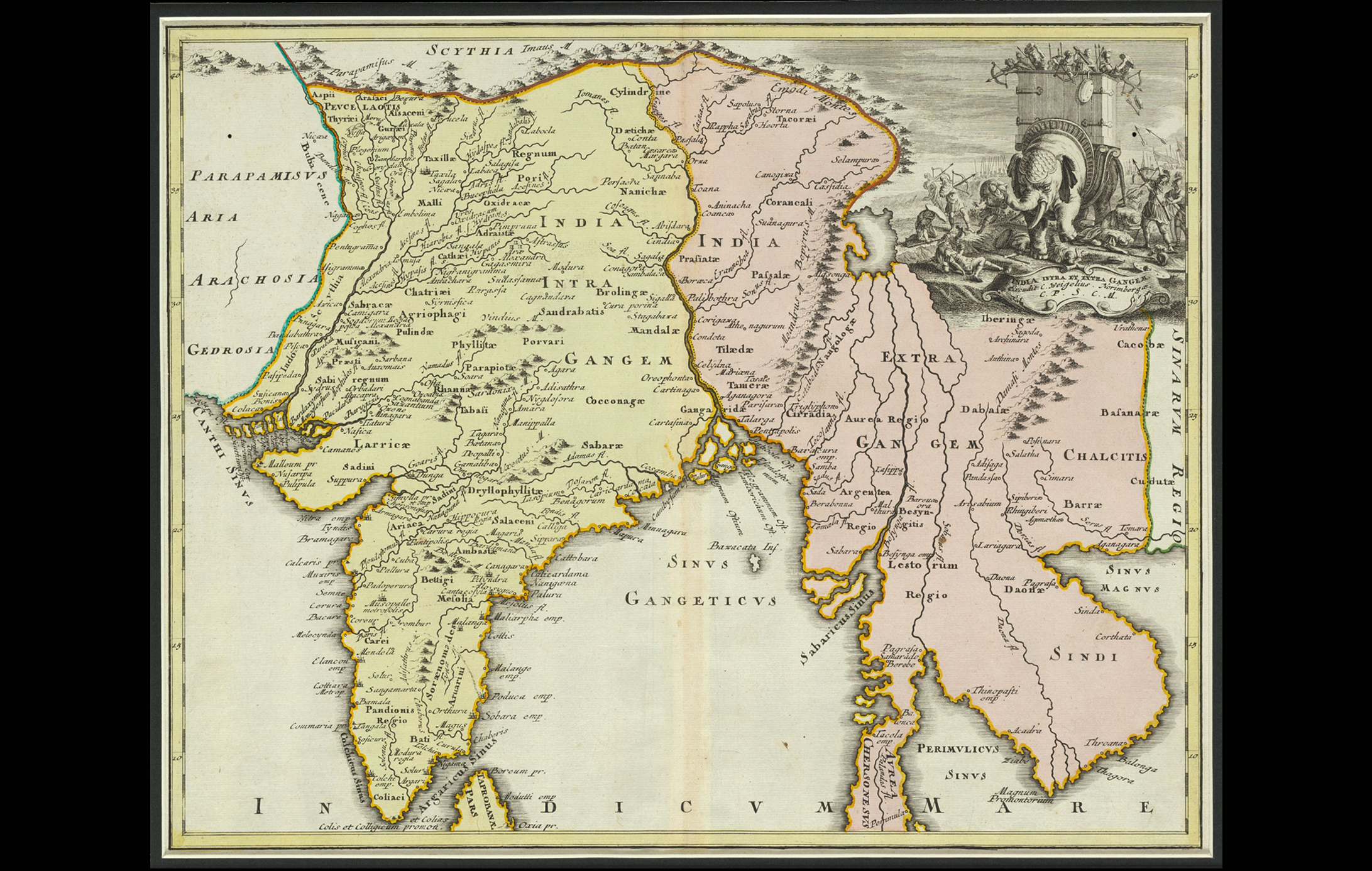 Many early cartographers did not travel to the sites they rendered on paper. As a result, early maps were a mix of reality and fiction reported by travellers and traders. Given that the Germans did not have active colonies in the Subcontinent and that the engraver Weigel was not a traveller, the map stands out among other European maps of the time.

Weigel created this particular map for his book ‘Descriptio Orbis Antiqui.’ The Ganges and the Gangetic Delta are the focal points of the map, which depicts landforms on both sides of the river. It spans from the Indus River in the west to the Mekong River in Vietnam, passing through Bangladesh, Burma, Laos, and Cambodia.

India Intra et Extra Gangem (India inside and outside the Ganges)