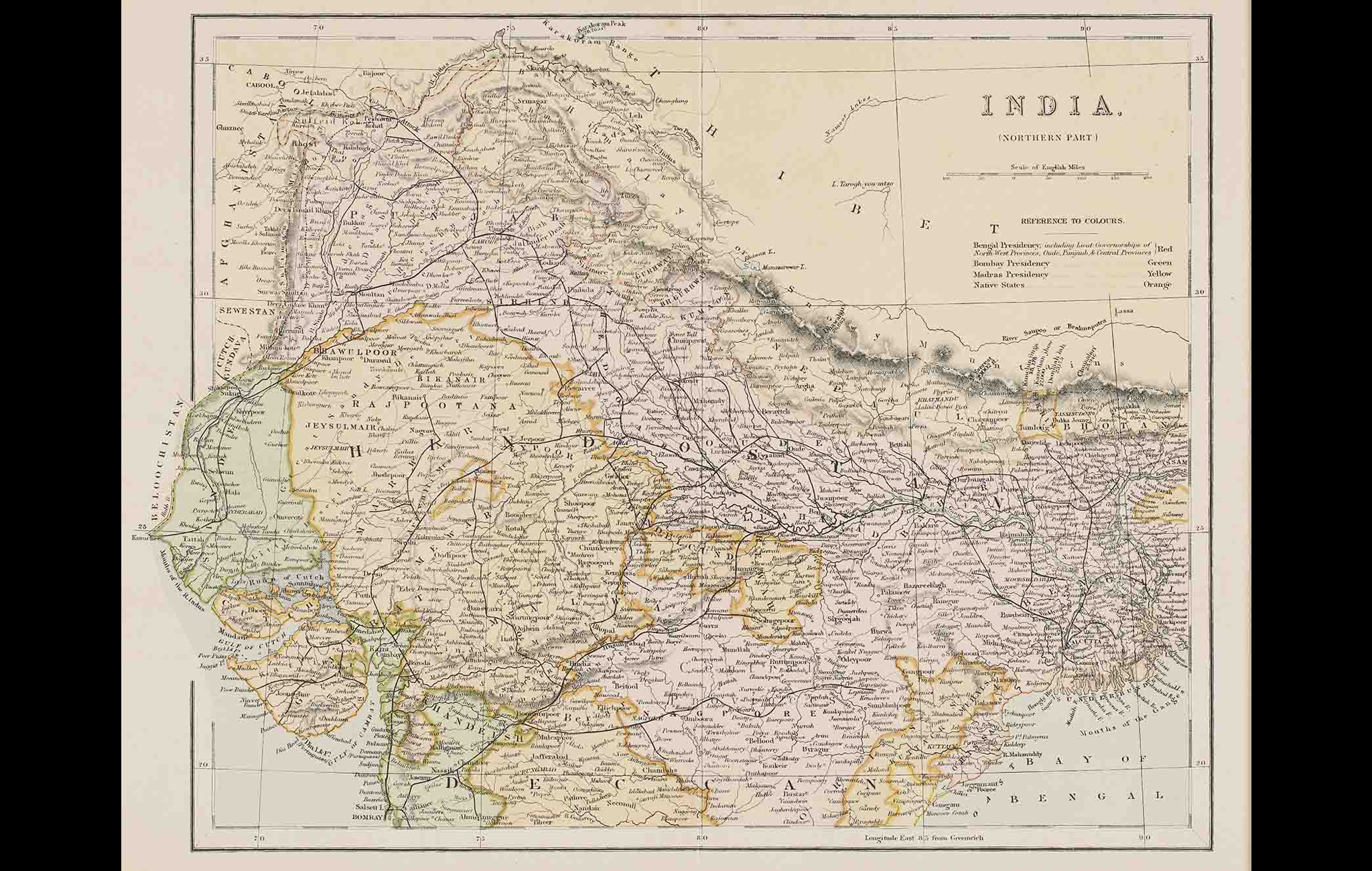 This map titled ‘India (northern Part)’ highlights the northern divisions of territory into presidencies and native states. The Bengal Presidency is marked in red including the lieutenant-governorships of the North-West provinces, Oudh, Punjab and Central Provinces; Bombay Presidency is marked in green, Madras in Yellow and native states in orange.

After significant territorial acquisitions were made by the British East India Company in the later half of the 18th century, surveying became crucial to the processes of colonial formation, knowledge and control.

However, the surveys were not always conducted in a systematic and consistent way but according to the need of the hour and priorities of the Company. For example, different maps were made to collect comprehensive geographical data of a region, or facilitate administrative programs like agriculture and policing, and also determine the internal divisions and boundaries of regions under them.