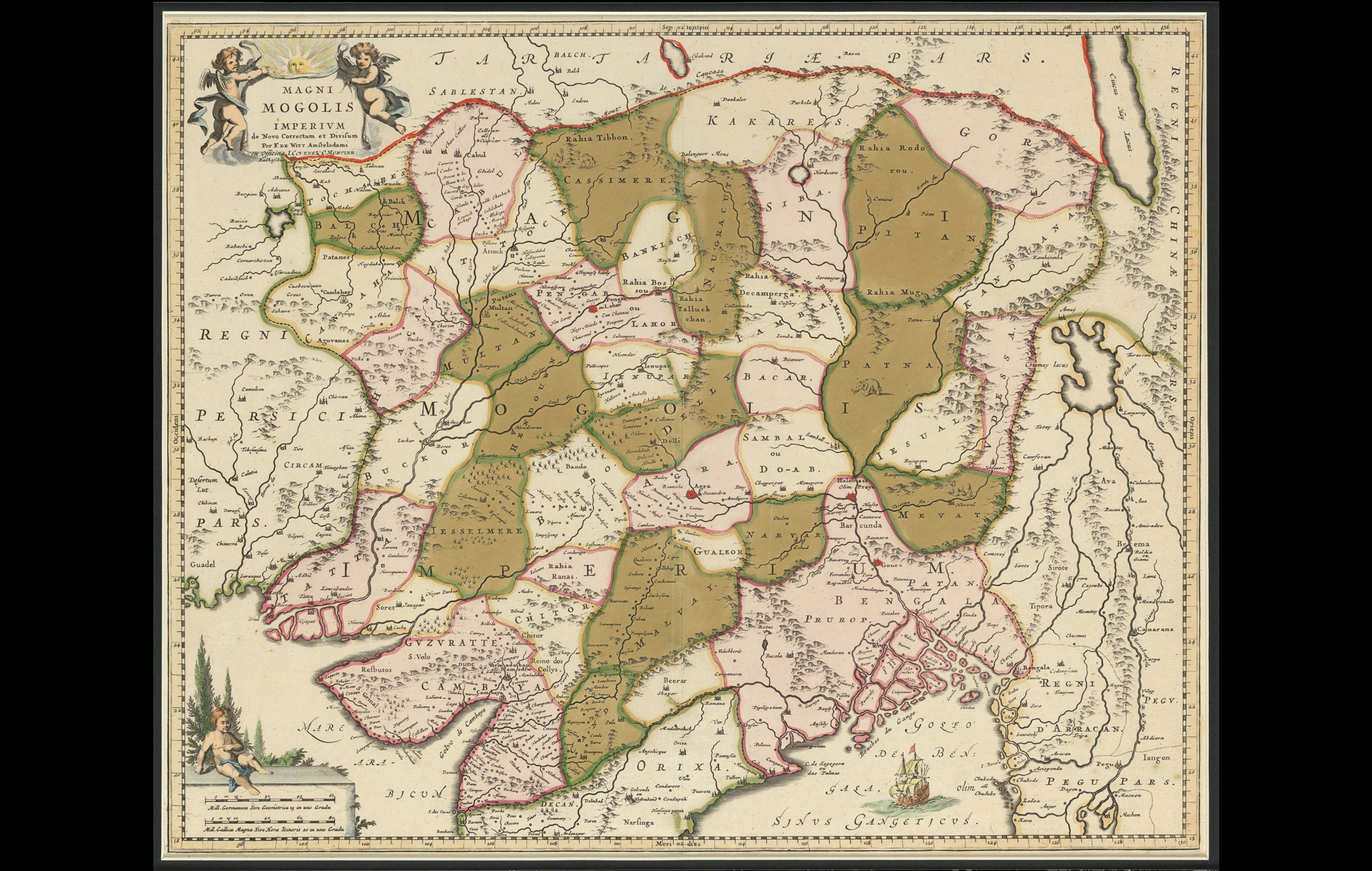 Maps began to play an increasingly important role in realising European nationalist and imperialist ambitions, both practically and ideologically.

This map shows the extent of the Mughal Empire in the early 18th century – extending from Khandahar in the west to Bengal in the east. Frederik de Wit (1629-1706) produced it in Amsterdam, Netherlands, as a part of his publication ‘Atlas Major’.