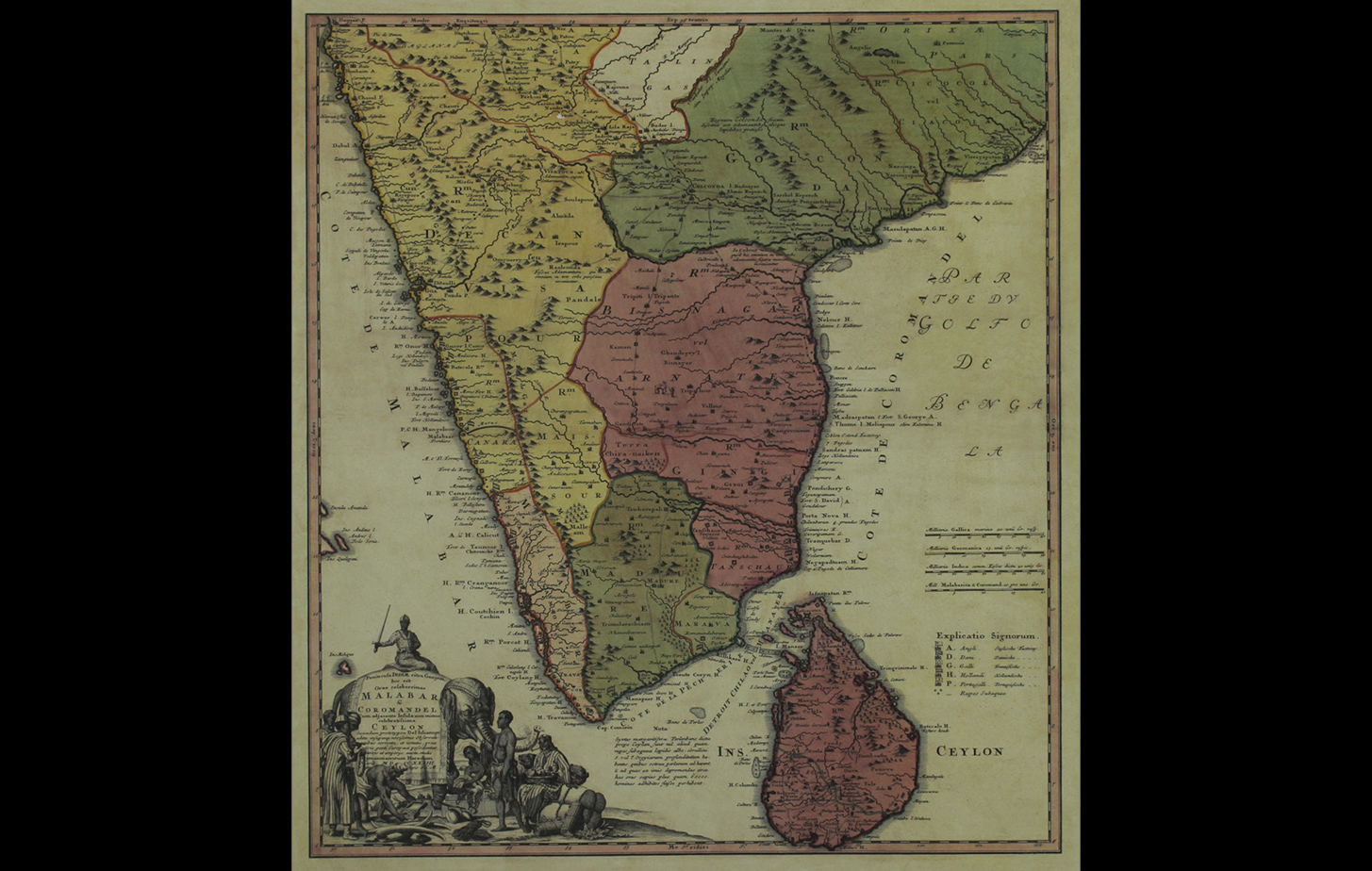 This Latin map by Johann Baptist Homann is an important historical record as it shows English, Dutch, French, Danish and Portuguese establishments in the Deccan in the early 1700s.  Johann Baptist Homann was a German cartographer, geographer, publisher and engraver of the mid-17th century. His family business was perhaps the most famous German map publishing firm in the world at the time. Their company, Homann Heirs, was functional till the late 1800s. Homann was also appointed Imperial Geographer by the emperor, Charles VI.

To read more on early cartography in the subcontinent, click here.

Map of the Coasts of Malabar, Coromandel and Ceylon (now Sri Lanka)