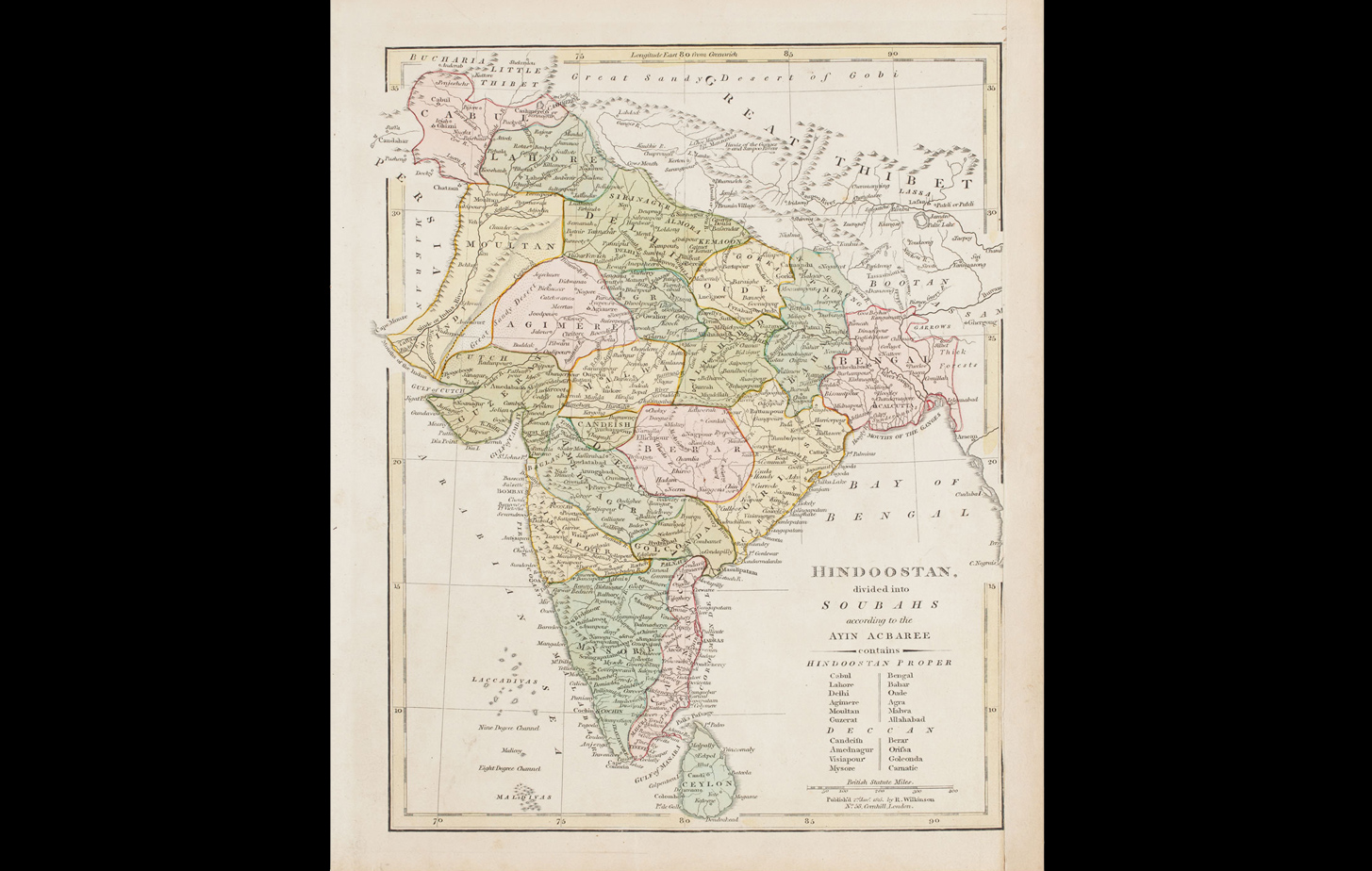 This early 19th century map illustrates the division of Hindustan into ‘soubahs’, or administrative provinces, as listed in the late 16th century Mughal text, the Ain-i-Akbari.

The map’s legend distinguishes Hindustan proper, the plains of northern India under the rule and administration of the Mughal Emperor Akbar, from the independent Deccan. In the South, the kingdom of Mysore under the Wodeyar (Wadiyar) dynasty, extended east from Goa until Palnaud and south to Travancore.

Map of Hindoostan divided into Soubahs