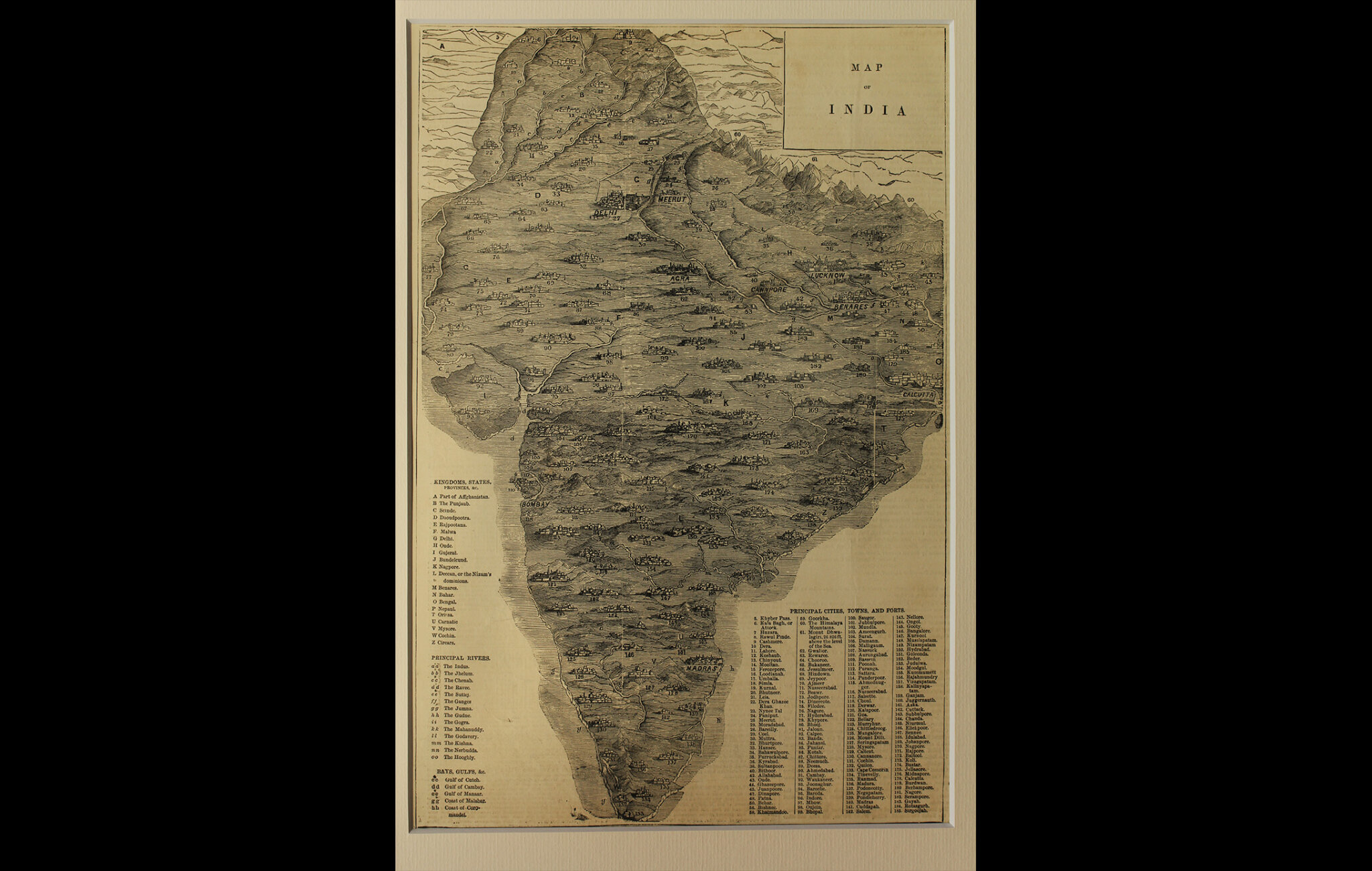 This map of India probably first appeared in The Illustrated London News in 1857. While some of the magazine’s illustrations were provided by artist-travellers or proprietors, others were contributed by men stationed abroad with specific designations, such as soldiers, naval officers and government officials on foreign stations. They became sources for visual information on India’s cities, battle locations, forts and architecture for individual readers. Later, topographical sketches of campaigns were published too, such as the one on the north-west frontier, fully labelled with locations of troops and noteworthy geographical features. By 1857, the British East India Company had a firm presence in India as well as a respectable military, which included many Indian sepoys. The Company controlled the armies in the presidencies of Madras, Bombay and Bengal before it had to hand over power to the Crown after the uprising.