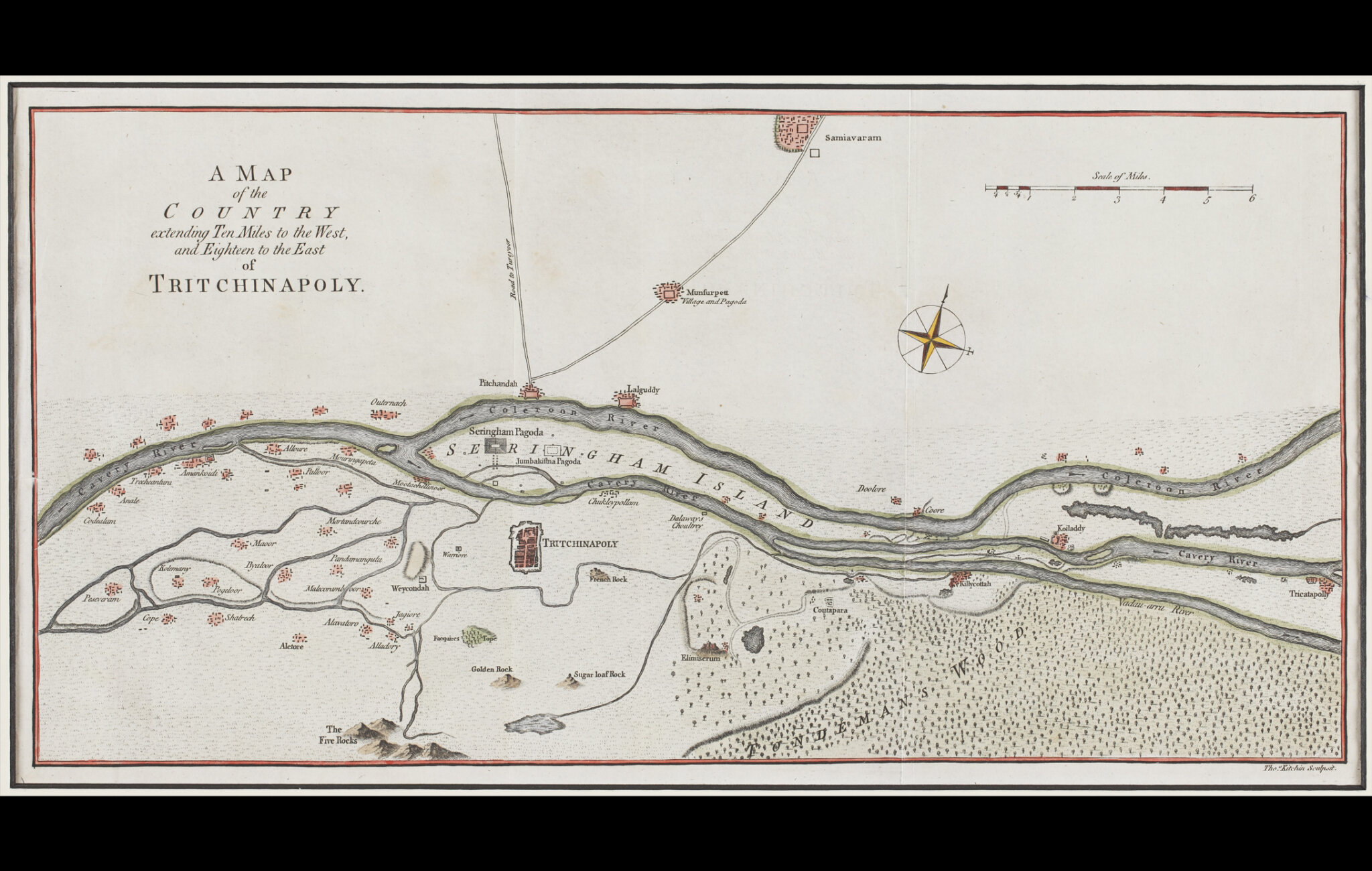 This map titled, A Map Of The Country Extending Ten Miles To The West, And Eighteen To The East Of Tritchinapoly, was created by cartographer and engraver Thomas Kitchin.

Trichinopoly was a central backdrop to the Carnatic wars in mid 18th century India. The Seven Years’ War interaction on the Indian subcontinent between 1757 to 1763 was known as the Third Carnatic War in that theatre. The Carnatic Wars were a series of conflicts mostly between the British and French East India Companies, along with native Indian principalities, struggling for succession.

The Third Carnatic War gave rise to the Seven Years’ War. Though there were multiple interactions throughout India, including in the French settlement of Chandannagar, which was eventually taken by the British, the British won the south. Trichinopoly was under siege between 1757-52, but remained in the hands of the British after the surrender of Chanda Sahib’s French-supported army.

A Map Of The Country Extending Ten Miles To The West, And Eighteen To The East Of Tritchinapoly