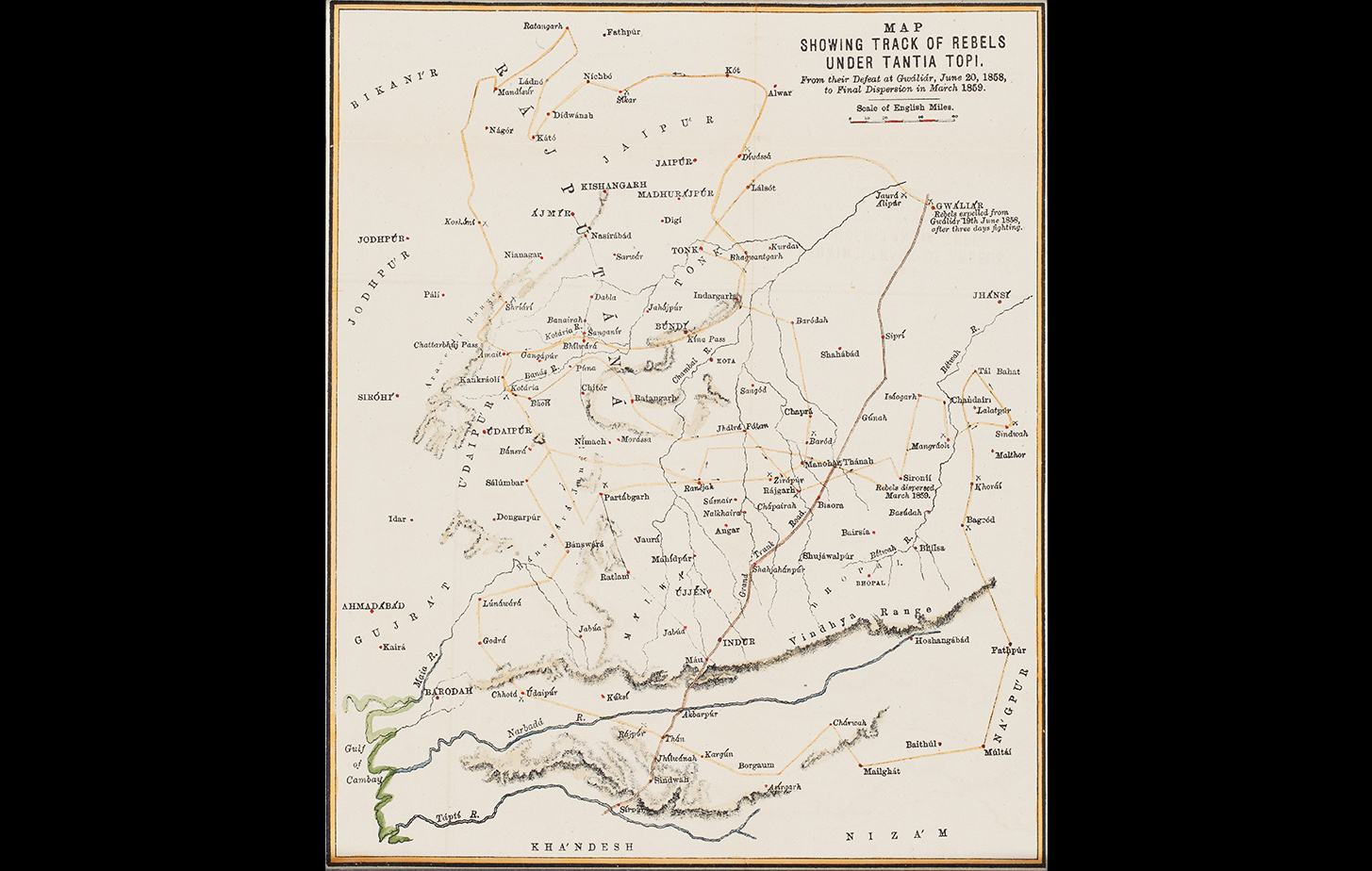 The map shows the route the army of Tantia Topi took when escaping after being defeated at Gwalior. Tantia Tope, an employee of the Peshwa Bajirao, was a prominent leader of the 1857 Uprising. For a while, he made Gwalior his stronghold, from which he was defeated by Colin Campbell. He kept escaping the British for months afterwards, but was finally captured and tried at Shivpuri. Explore the Uprising of 1857 through the Sarmaya archives.