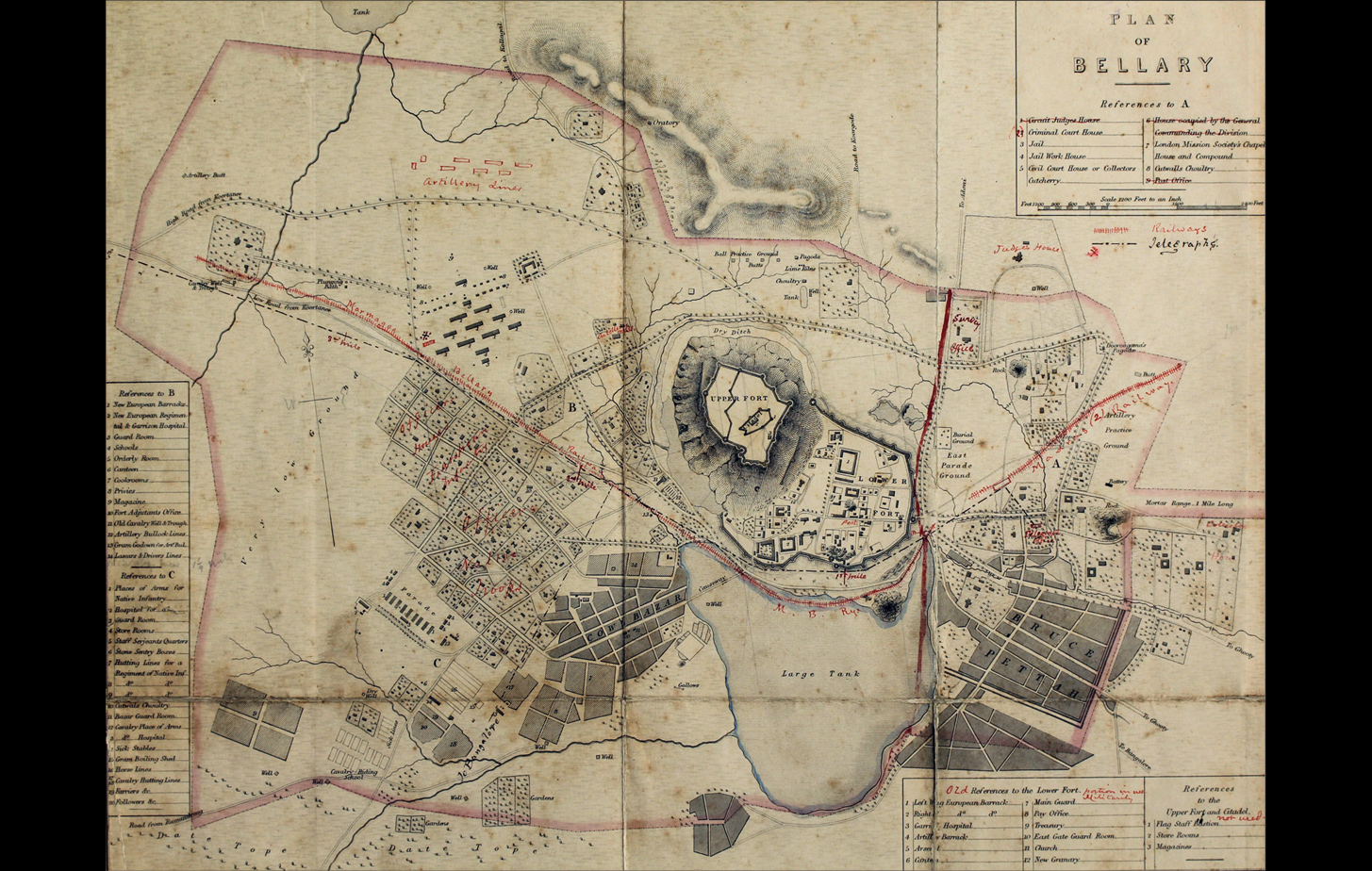 Plan of the military town of Bellary under the British government. It was an important town in British India, being parts of both the princely states of Madras and Hyderabad, before being transferred to Karnataka in 1956. The map is a monochrome engraving on paper, and points out important locations of the city such as the jail, the court house and the chapel. Directly drawn on top of the print are marks in red of certain corrections, additions and labels by an unknown later hand.