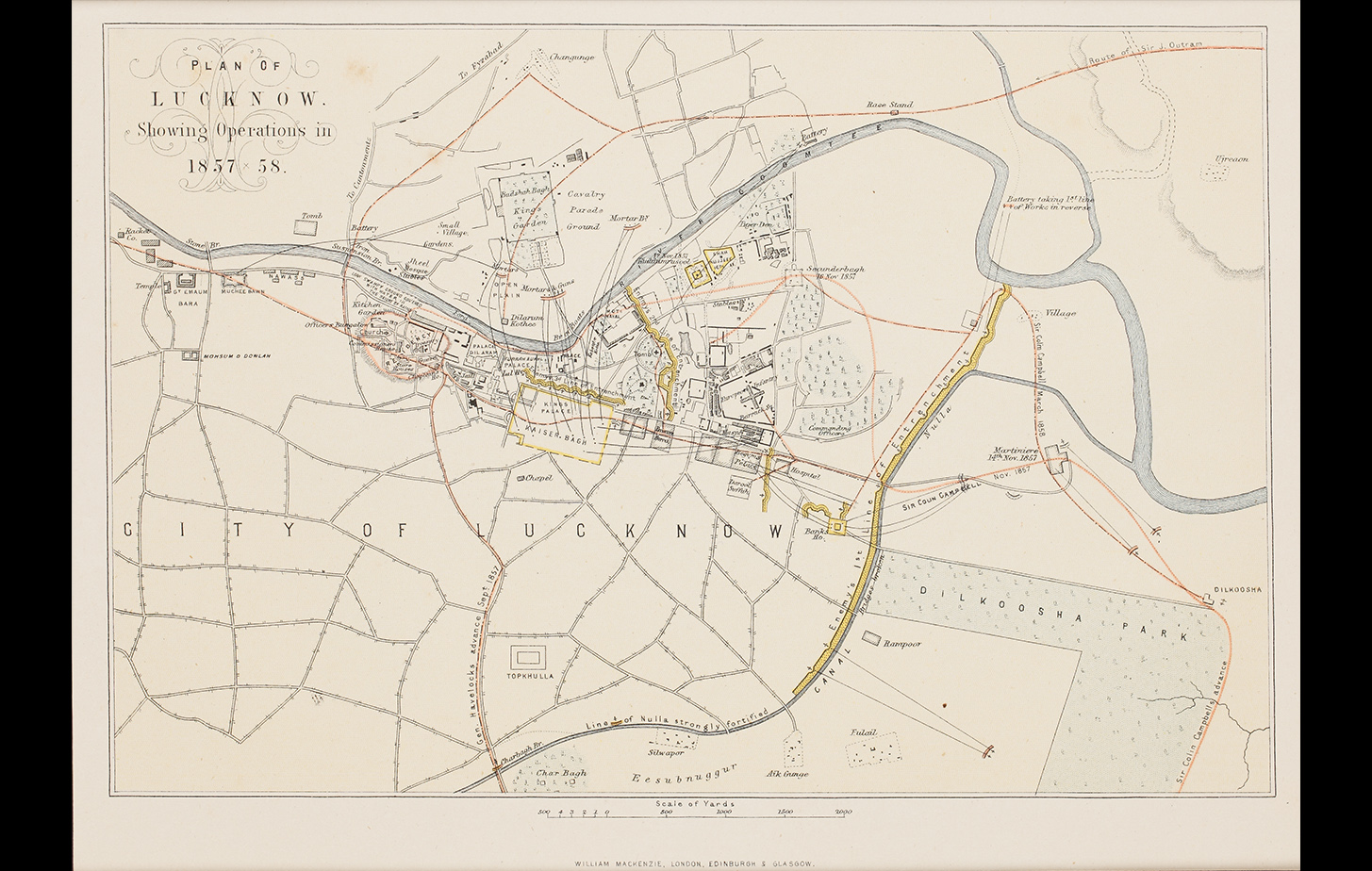 This map was published by William Mackenzi, London, showing the plan of the city of Lucknow and highlighting the routes taken by British troupes to carry out relief operations. The red lines mark the routes of the operations led by General Havelock, Colin Campbell and James Outram, accompanied with dates. Prominent locations and areas of the city such as Kaiser Bagh, Residency and Dilkhoosha are also marked. Read more about the Uprising of 1857 as it played out in Lucknow. Everything about 1857 in Sarmaya’s archives.

Plan of Lucknow Showing Operations in 1857-58