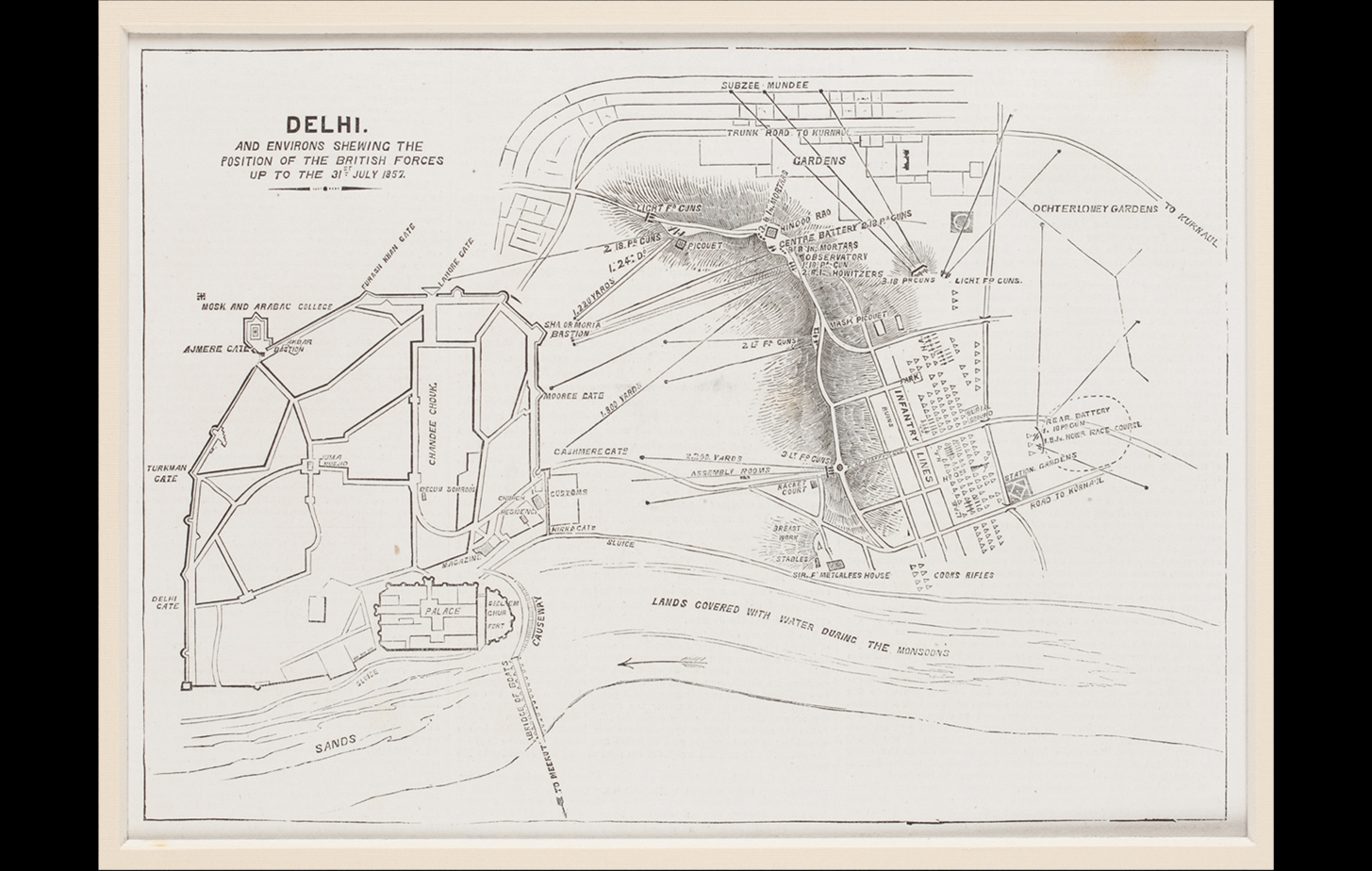 This is a military map showing the various positions of the British Army, and the plan of their attack on the walled city of Shahjahanabad. Created during the Uprising of 1857, the map points out various important landmarks such as the Chandni Chowk and the Subzee Mandi as also the gates around the fort such as the Turkman Gate and Cashmere Gate. Directional lines with coordinates point to the advance of the British forces towards the city, and legends point the poisitons they occupied in the various batteries created on the Ridge.

Plan of the Position of the British Forces in Delhi, 1857