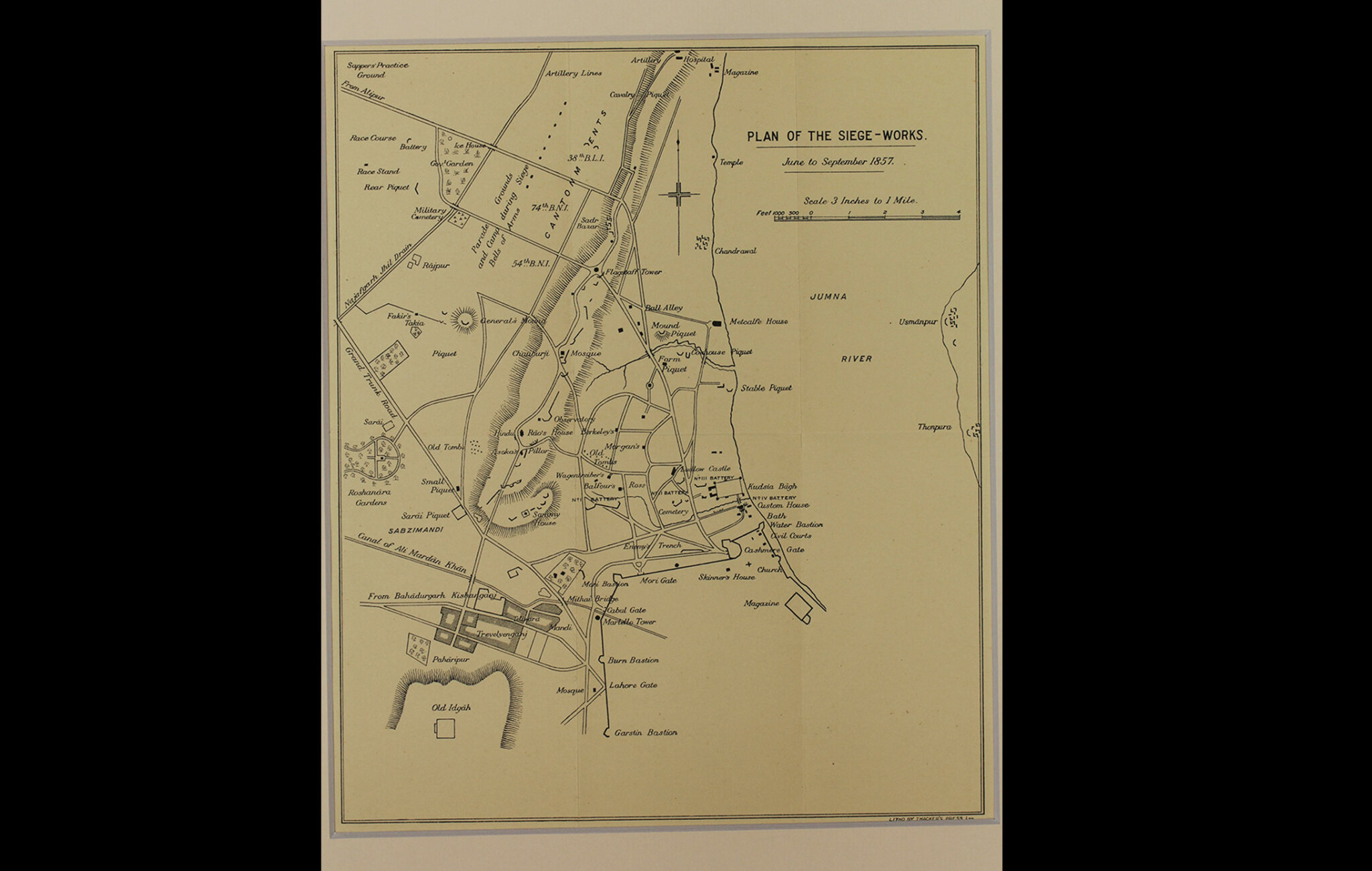 As the title suggests, this map is a plan of the siege of 1857 and was printed after the British recapture of Delhi, on 22nd September, 1857. This map shows Shahjahanabad prominently and precisely points to various battalions and batteries by their placement and their respective commands. The position of the British camp and the Enemy trench is also marked. But it is not very clear whether this map is a historical account of what actually transpired.

The publisher of this map, Thacker, Spink and Company, was a British-Indian firm founded in 1819 through a partnership between one William Thacker and his nephew William Spink. The company was an important part of the British-Indian cultural landscape in the 19th and early 20th centuries. The firm was also briefly associated with Rudyard Kipling. They published official directories, Indian law books, sports and horsemanship titles, guide books and general literature.

Plan of the Siege-Work, June to September 1857