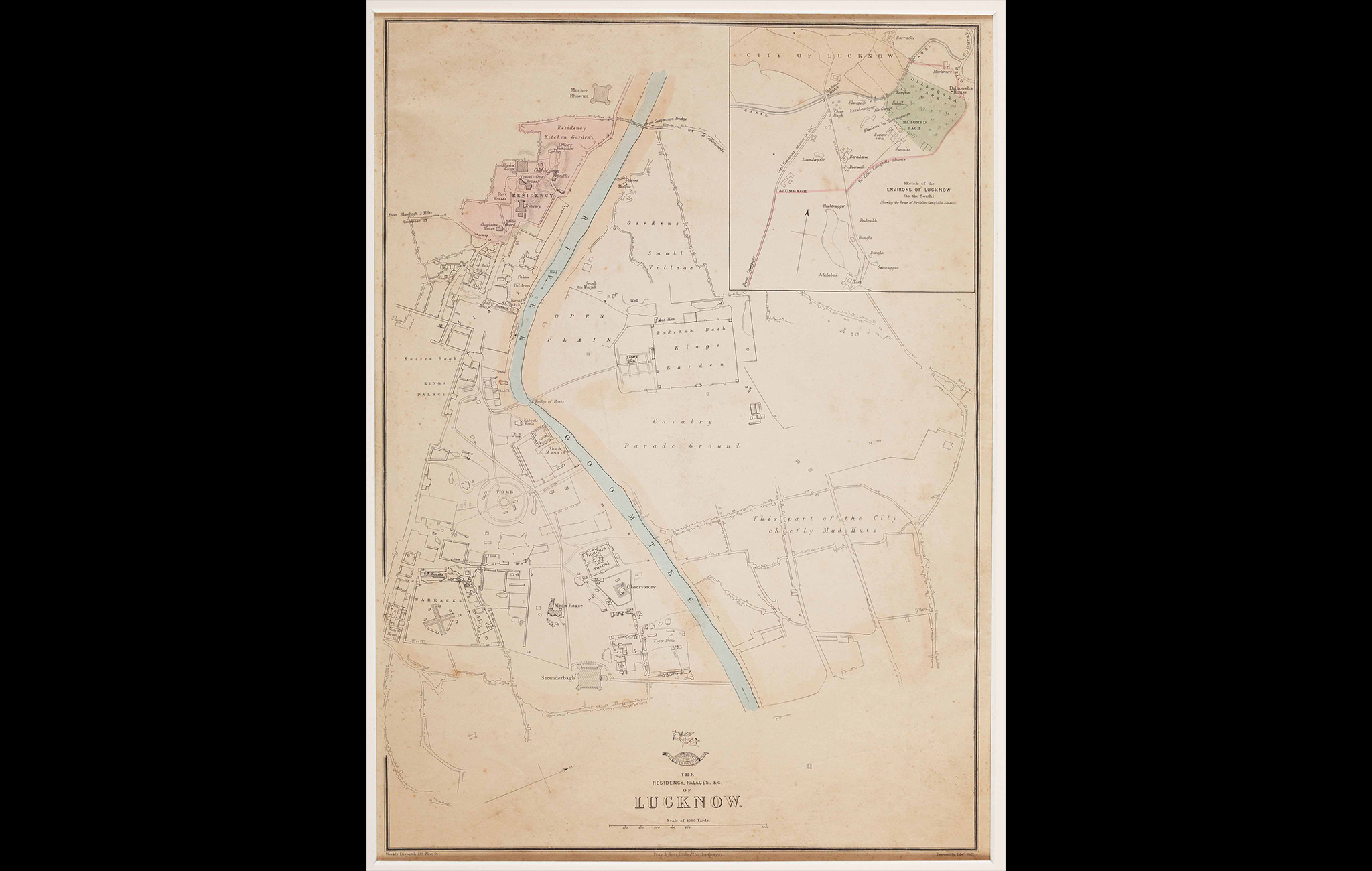 Edward Weller’s engraving is part of a series of maps from around the world published in the British Weekly Dispatch newspaper.

The city of Lucknow is remembered as the site of prolonged siege during the 1857 Sepoy Rebellion. Weller’s engraving emphasises the dividing lines within the recently acquired settlement, highlighting the separation of the British Residency and encampment from the rest of the city. Its portrayal of a seemingly calm and orderly city on the eve of the rebellion contrasts with many of the violent and dramatic images of the siege itself that circulated in Britain. An inset map tells a story about the rebellion itself, documenting the two attempts by British forces to relieve the city from the siege.

Listen to Prof Rudrangshu Mukherjee, Chancellor of Ashoka University, talk about the revolt of 1857

The Residency Palace and C. of Lucknow