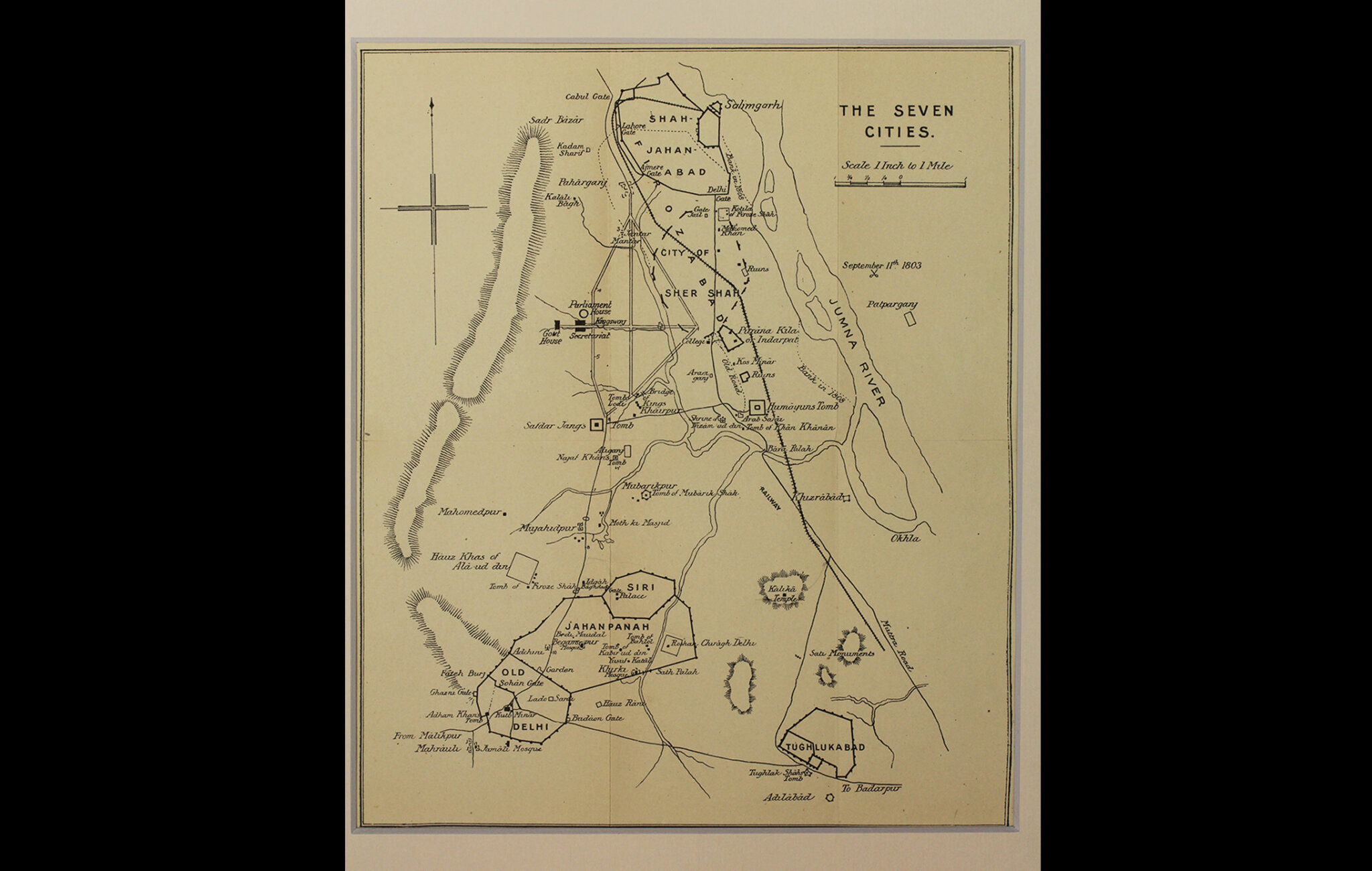 This map points out the locations and broad layouts of several ancient cities of Delhi, while emphasising that they were isolated and did not overlap. Tughlukabad, Old Delhi, Jahanpanah, Hauz Khas, Purana Kila and Shahjahanabad stand out. There is cause to believe that this map was published later, even though it  is dated 11th September, 1803.  The railway line, originating from Shahjahanabad and extending towards Tughlukabad, it was created much later.

The Seven Cities of Delhi