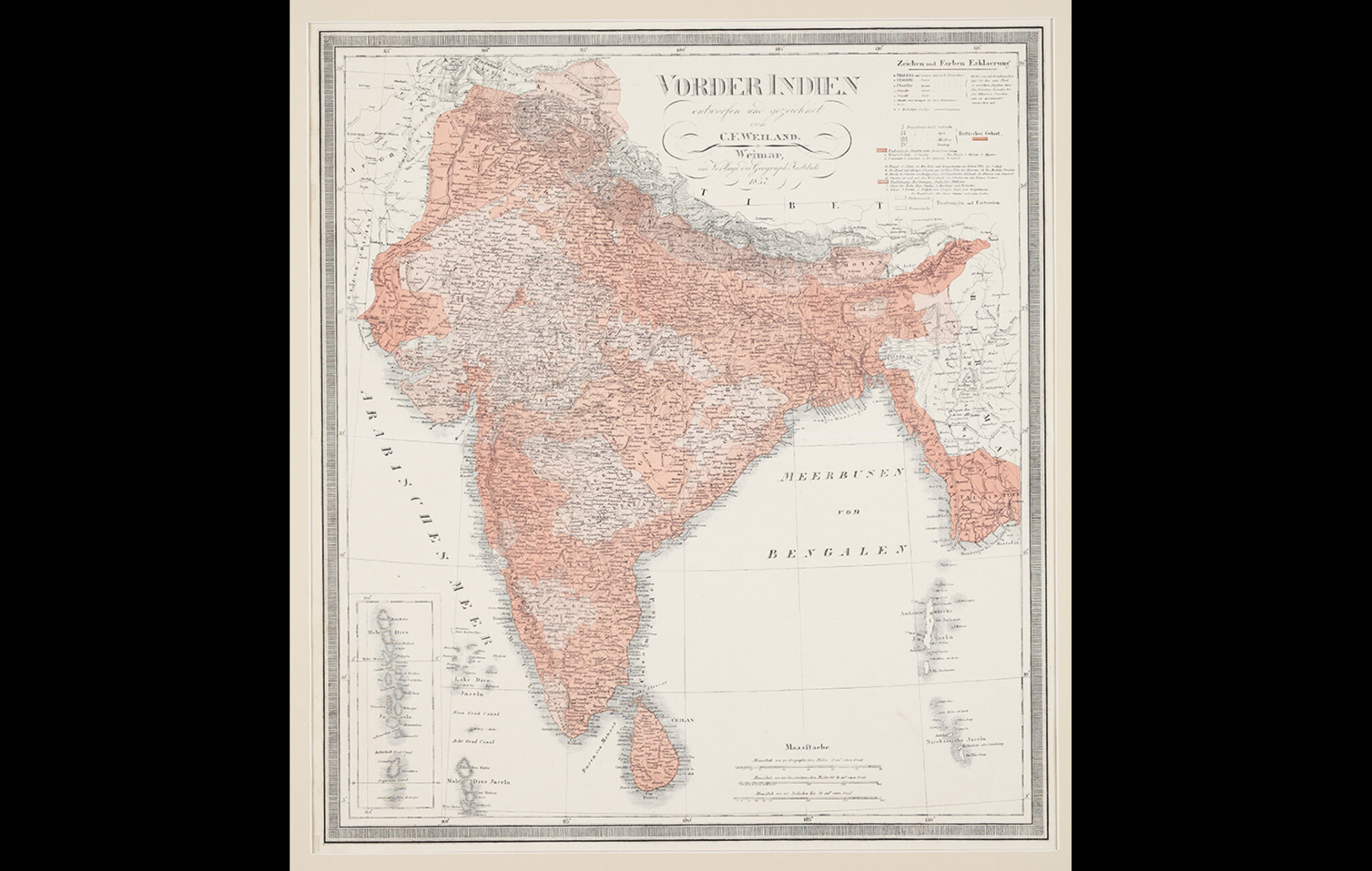 This map is by Carl Ferdinand Weiland, who was a Dutch cartographer, working in the early 19th century and it was published by the Weimar Geographical Institute. This is an engraved map, with hand-coloured outlines and hand-painted in some regions to segregate areas for statistical and administrative purposes. The inset at the bottom left shows the islands of Maldives.