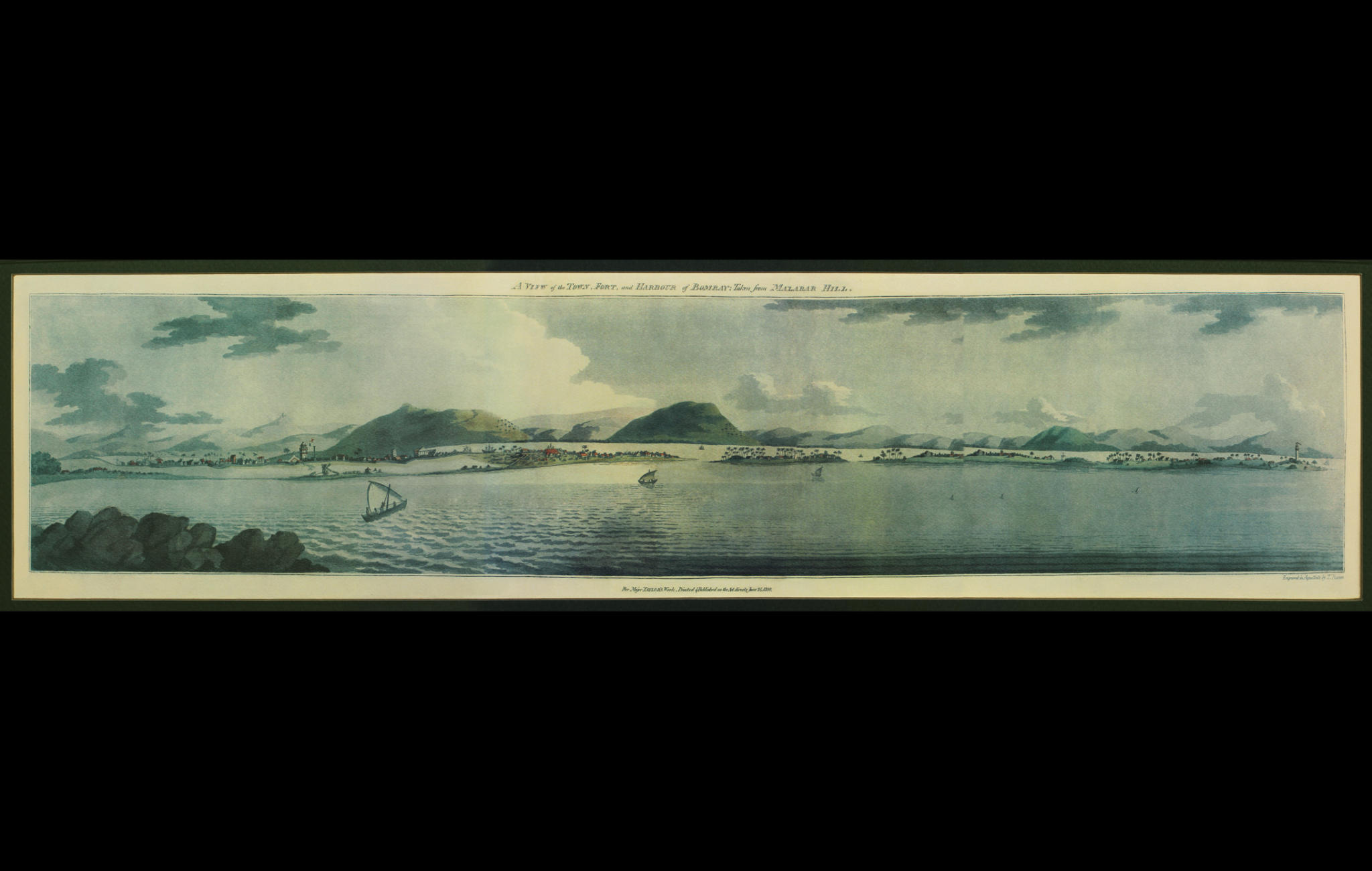 This aquatint from 1800 gives a sweeping view of Fort, the Bombay Harbour and other British points of interest in South Bombay as seen from the vantage point of Malabar Hills.  The highest point in the south of the city, it was where the original Walkeshwar Temple was founded by the Silhara Kings, who reigned between 810 and 1260 CE. The temple was later rebuilt in 1715 by businessman and philanthropist Rama Kamath, following its destruction by the Portuguese.

The neighborhood’s current standing as an affluent one was brought on by Mountstuart Elphinstone’s having build the first Bungalow here during his governorship from 1818 to 1827.

A View of the Town, Fort, and Harbour of Bombay: Taken from Malabar Hill