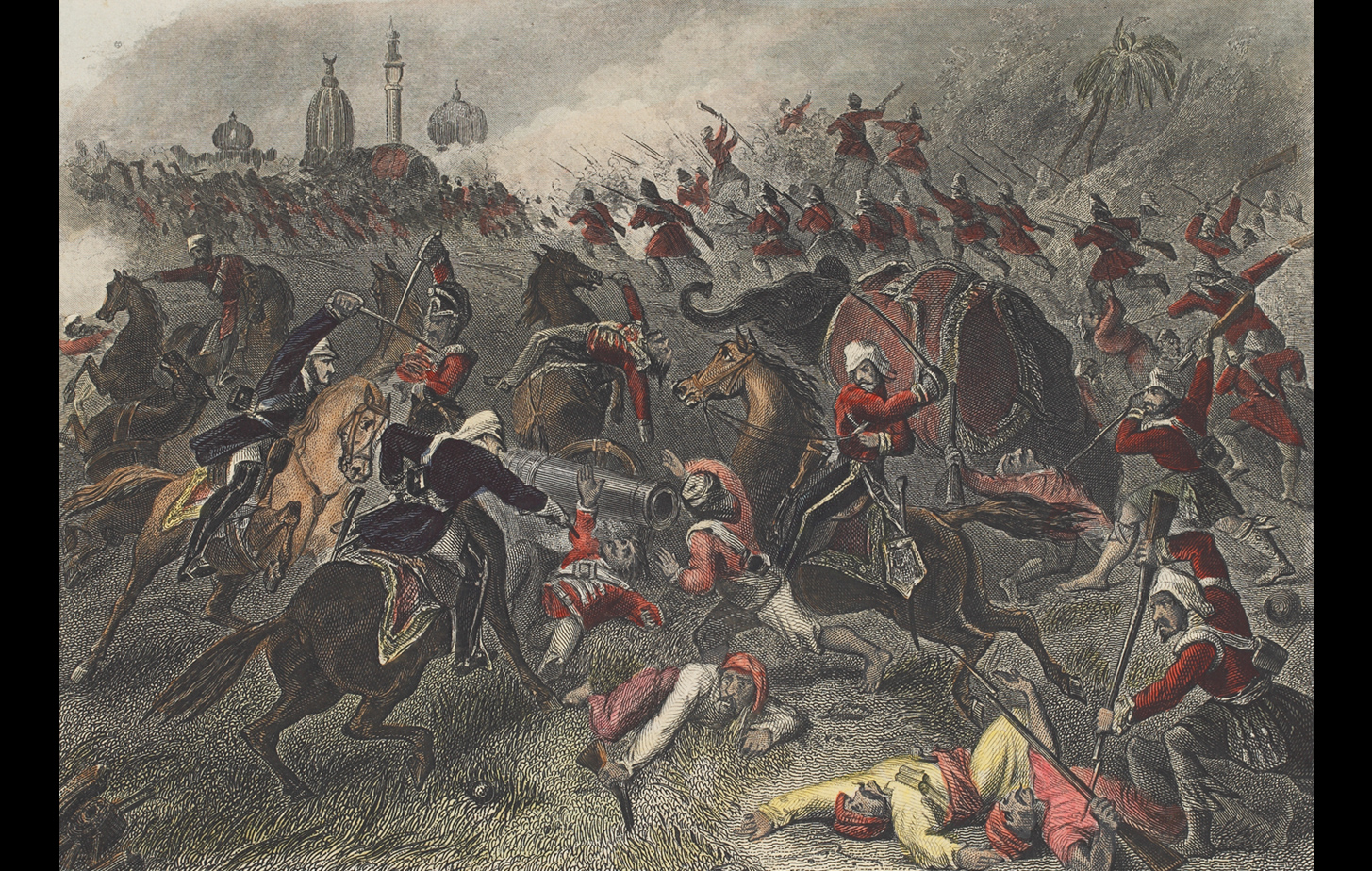 Kanpur was the scene of a massacre after the city’s besieged occupants, including women and children, surrendered to the revlting natives on 27 June 1857. The recapture of the city then and the avenging of the massacre became a primary objective of the British officials. The city was retaken from the natives on 16 July 1857, and eventually a memorial church and statue were erected at the spot of the masssacre. This engraving depicts a moment from the same seige.

Attack on the Mutineers at Cawnpore