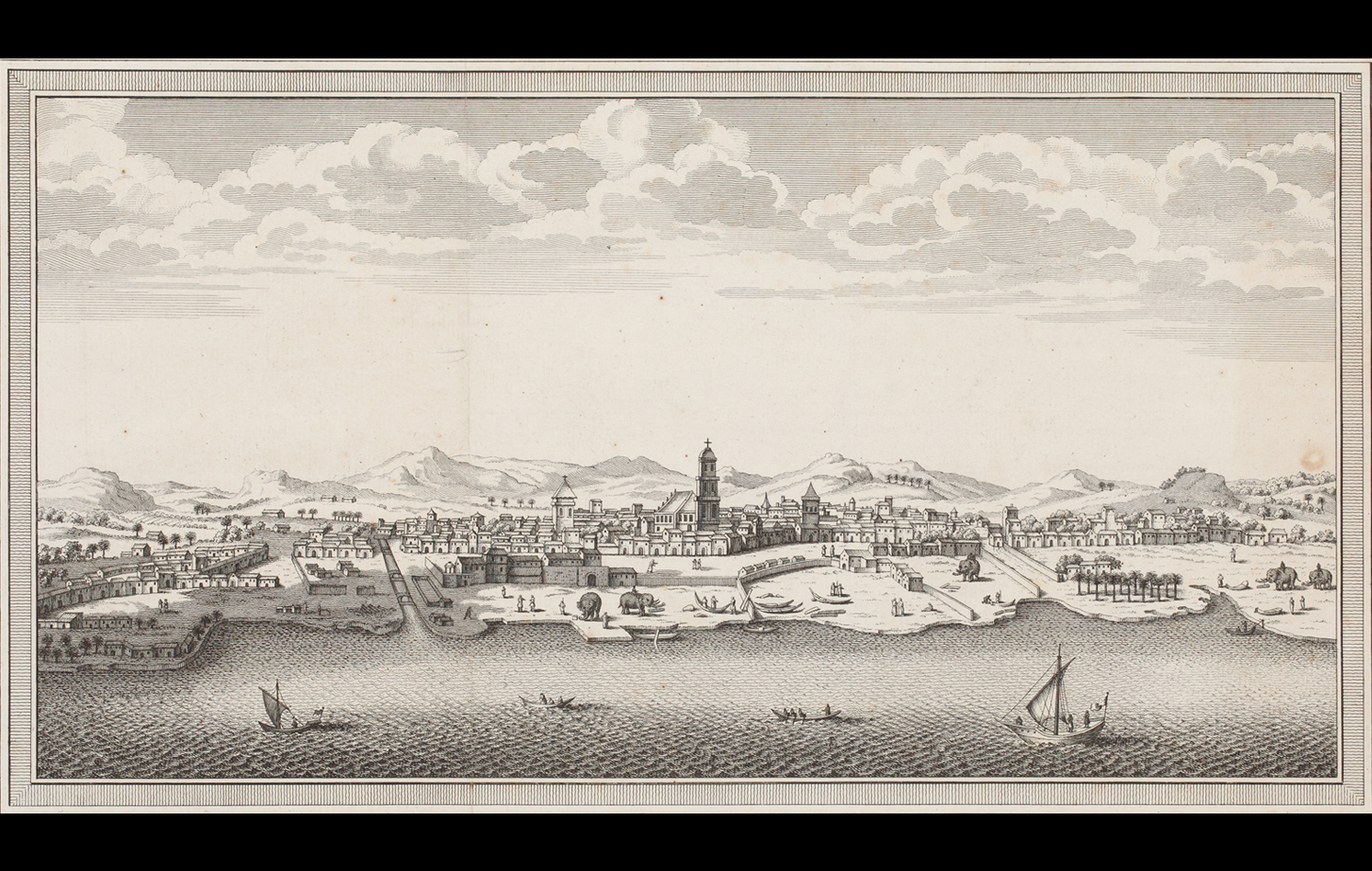 This is an engraving after an older one by Jean Bellin, the official engraver and cartographer of the king of France. It is a town plan of Goa in the panorama view including mountains, trees, buildings, elephants, ships in the harbor, boats resting on the shore, and religious buildings. It depicts the fort of Goa, sorrunded by a boundary wall outside of which can be seen elephants, boats anchored and a dockyard. The title in German translates to “View from Goa” and such views portraying how partiular port towns looked to someobe approaching the land from sea were very common in the late 18th century.