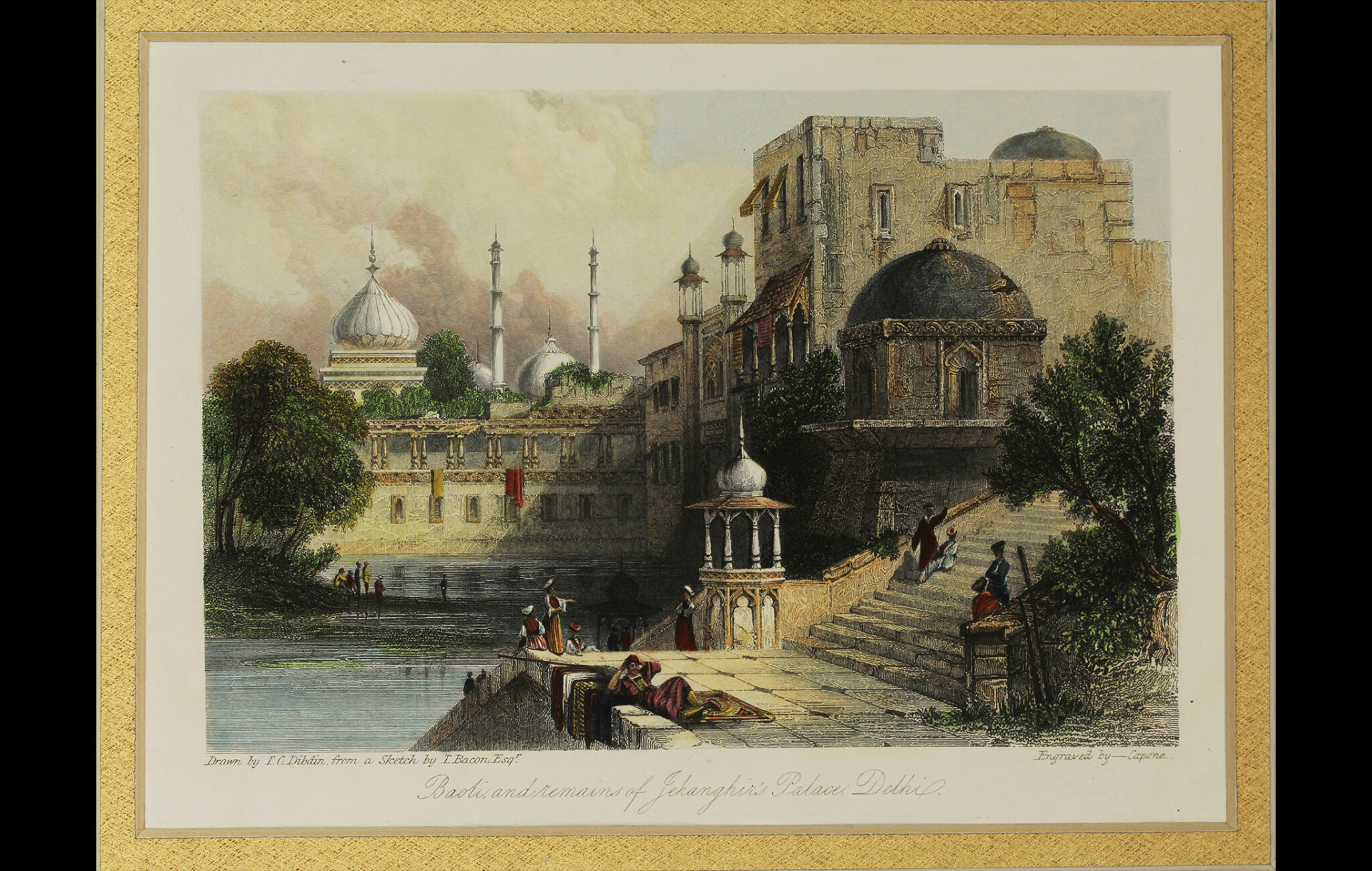 Following in the footsteps of the Daniells was Thomas Bacon, who painted romantic scenes from ‘Hindostan’ for the paying public back home in Victorian England. It was not uncommon for artists to have help from army officers in recreating landscapes they had never visited—perhaps this artwork too was the result of such a collaboration because it bears little resemblance to the actual landmarks referenced.

According to historian Rana Safvi, this painting has always left people perplexed as Jahangir had not constructed any palace in Delhi. While he had visited Delhi, he ruled from his capital, Agra. On his visits, he went to  the shrine of the Chishti saint, Hazrat Nizamuddin Auliya to pay his respects. This appears to be a stylised version of the baoli attached to the dargah, with its domed pavilions and steps.

This print is part of our digital exhibition, Delhi Most Iconic.