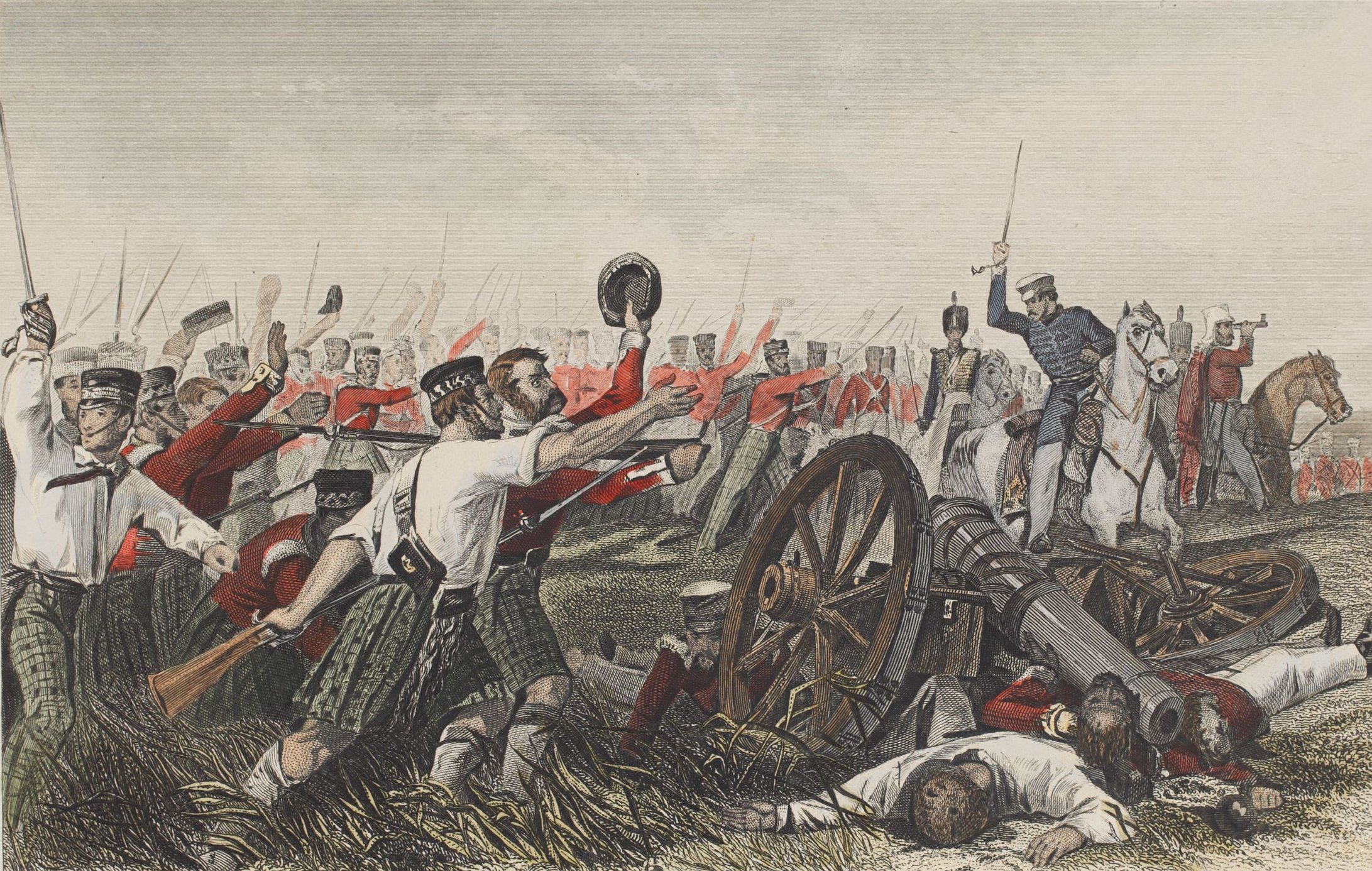 This engraving depicts the charge of the Highlanders’ 78th unit before the city of Cawnpore (now Kanpur) during the revolt of 1857.

Cawnpore (now Kanpur) in Uttar Pradesh was an important fortified town for the East India Company’s forces. Kanpur was the site of a massacre on June 27, 1857, when the city’s besieged population, including women and children, succumbed to the rebelling forces. It became a watershed moment in the rebellion of 1857-1858. The British officials made it a priority to retake the town and avenge those who had been slain. The city was reclaimed on July 16, 1857.