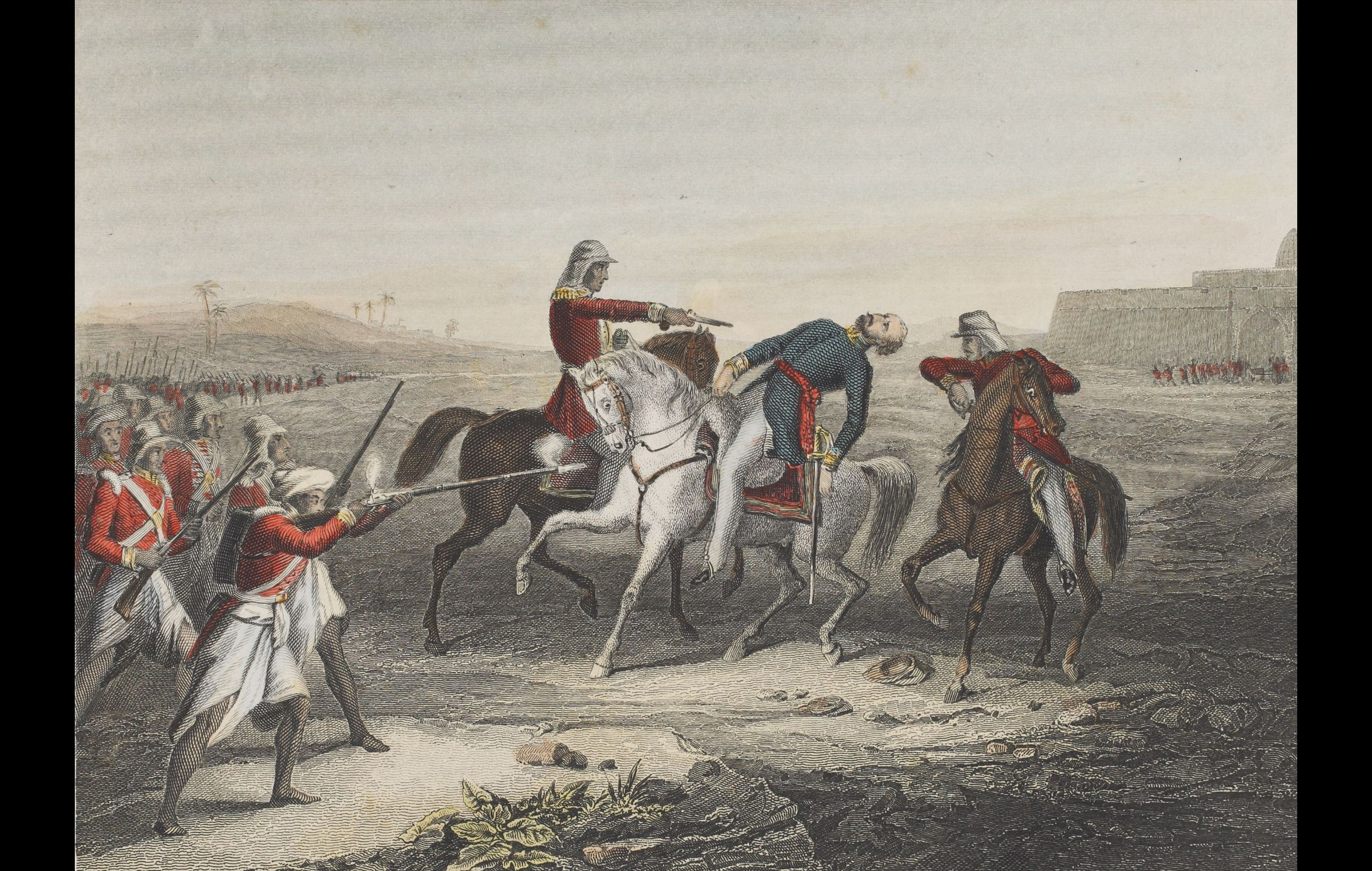 This engraving portrays a morbid scene depicting the shooting of Colonel John Platt of the 23 Regiment Bengal Native Infantry and Station Commander Mhow by the mutineers in 1857.

Mhow in Madhya Pradesh was a critical battlefield during the Rebellion of 1857 in Central India. On July 1, 1857, the revolt reached Mhow, when numerous British soldiers were killed in the fort, including Colonel John J Platt.

The fort experienced heavy gunfire and artillery during the attack. On July 13, British forces comprised of the 14th Light Dragoons, Woolcomb’s Field Battery, and the 25th Bombay Native Infantry, led by Brigadier General Stuart, were dispatched to secure and assist the fort. They marched from Aurangabad to Mhow, and on the evening of August 2 1857, the defence was relieved.

Colonel Platt killed by the mutineers at Mhow