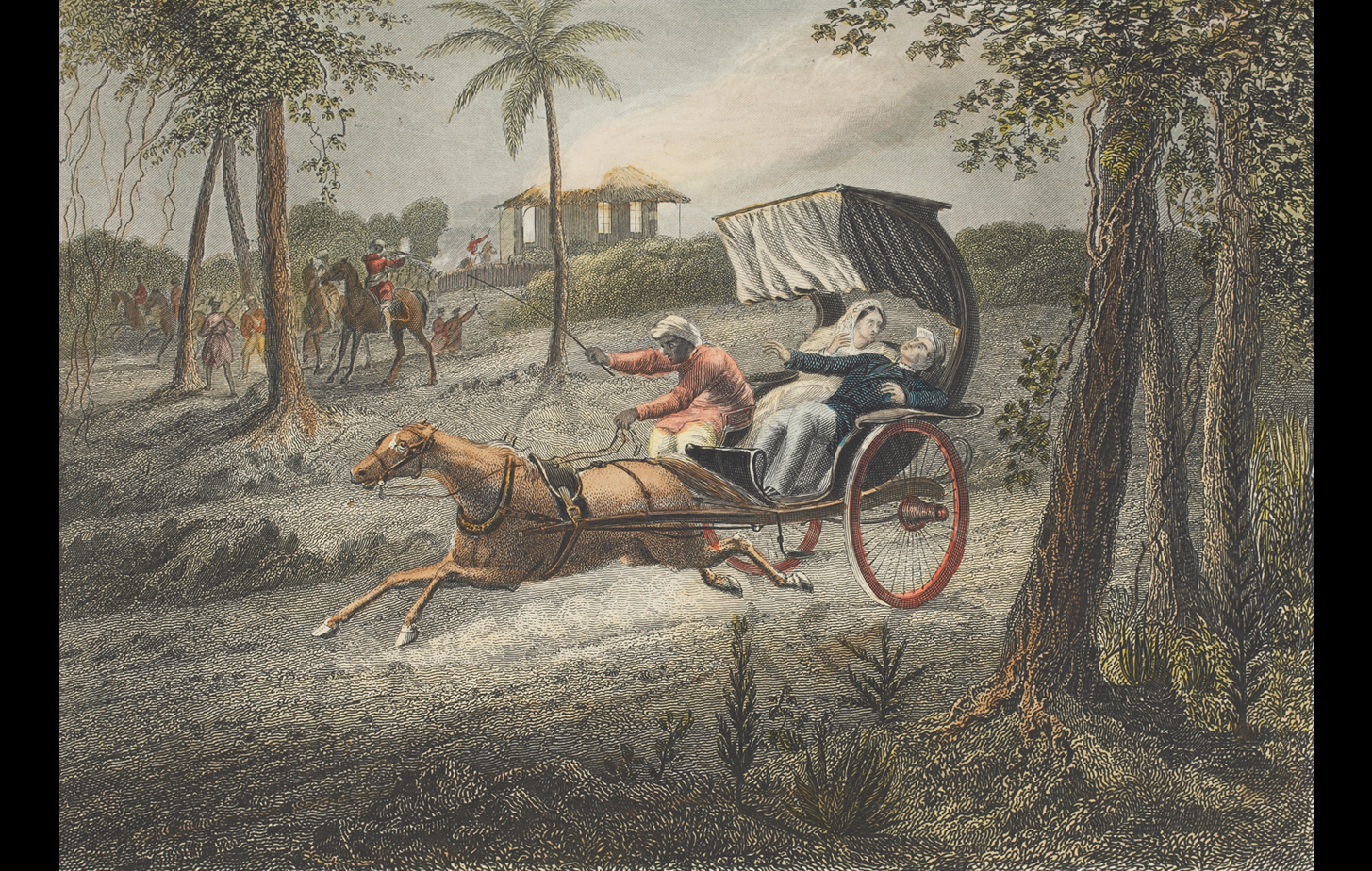 This is an engraving depicting the shooting of Dr.Graham, an English medical officer who was shot while travelling in his horse-carriage and succumbed to his wounds. This print was inspired from the original illustration by Charles Ball, in his book “The History of Indian Mutiny”. The image depicts a horse-drawn carriage speeding through the landscape with a wounded Dr. Graham and possibly his wife. At the disance can be seen his attackers on horseback in a poistion that seems to allude that the shooting has occured just at that instance. At the far background can be seen another revolting soldier on horseback setting fire to a building. The events of the Uprising that took place in regions that are now Pakistan are not much talked about, but are eqaully important – one such being the revolt of the Sialkot Regiment and the fight in the Sikh fort of Sialkot.

Dr. Graham shot in his Buggy