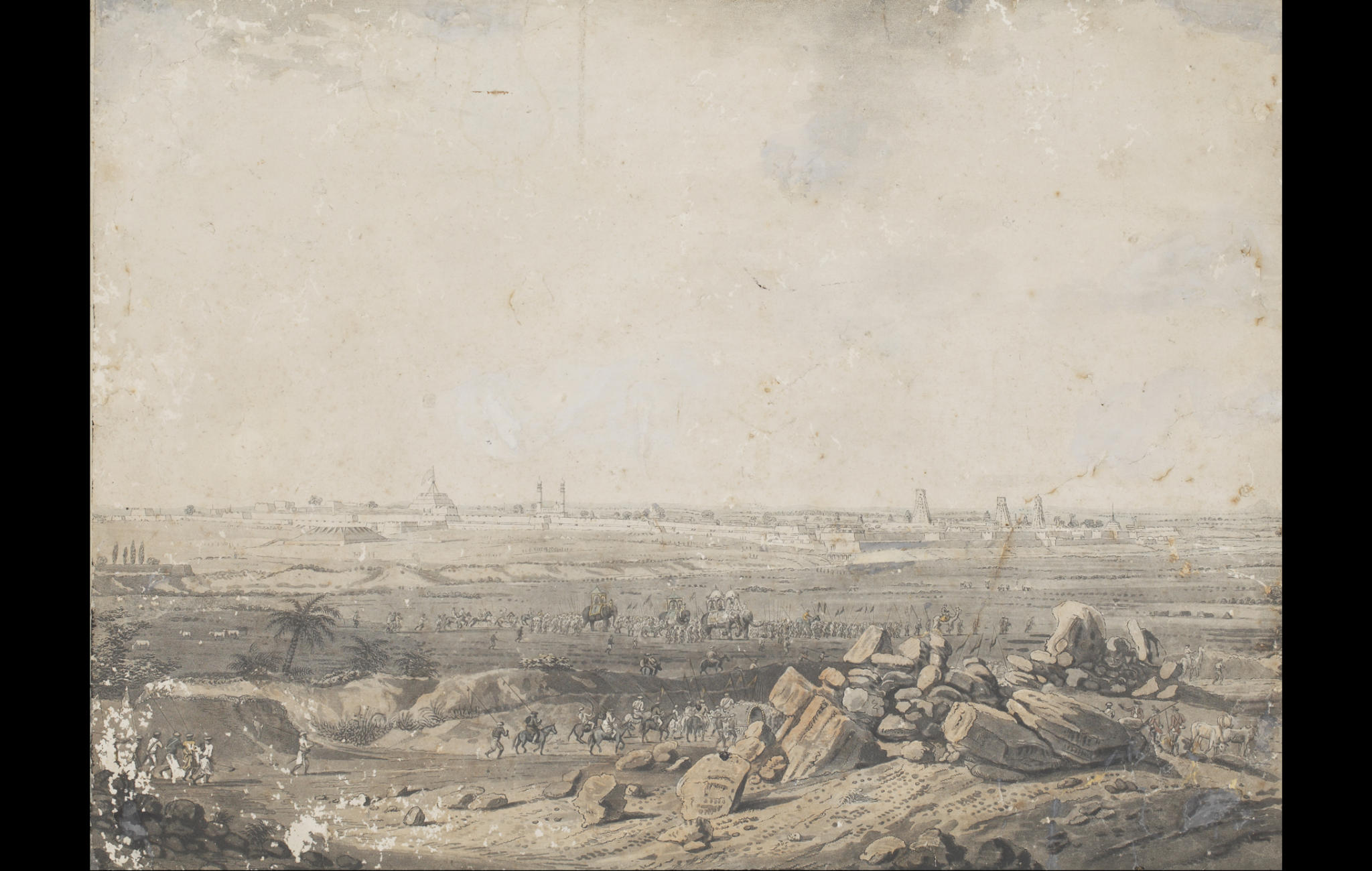 The walled city of Seringapatam or Srirangapatnam as it is renowned today was the capital of Mysore, under the Muslim rulers Haidar Ali (c.1722 – 1782) and his eldest son, Tipu Sultan (1753 -1799). The fortress was built near the Kaveri river and named after the ancient Hindu temple of Sri Ranganatha Swami, located at the western end of the city. The city was where two of the most famous sieges of the Anglo-Mysore Wars (in 1792 and 1799) took place.

This engraving depicts a long view of the fortress from the east end of the island city. In the background, one can see the walls of the fort and inside them the towering minarets of the Tomb of Tipu Sultan on the left along with three gopurams of the Sri Ranganatha Swami temple. In the foreground, a procession of men on horses, elephants and on foot can be seen.

The artist, Lieutenant- Colonel Robert Hyde Colebrooke, served as a surveyor in the Bengal Native Infantry from 1778 until his death in 1808. During the third Anglo-Mysore war, he drew a series of drawings as part of his duties. He drew views of Seringapatam, Bangalore and the hill forts of Mysore. He is also accredited with surveying the routes taken by the army of Lord Cornwallis in 1791 and 1792. His drawings were engraved by John William Edy which were published as ‘Twelve views of places in the Kingdom of Mysore, the country of Tippoo Sultan, in London in 1794’. The set proved to be immensely popular, leading to several editions of the series.