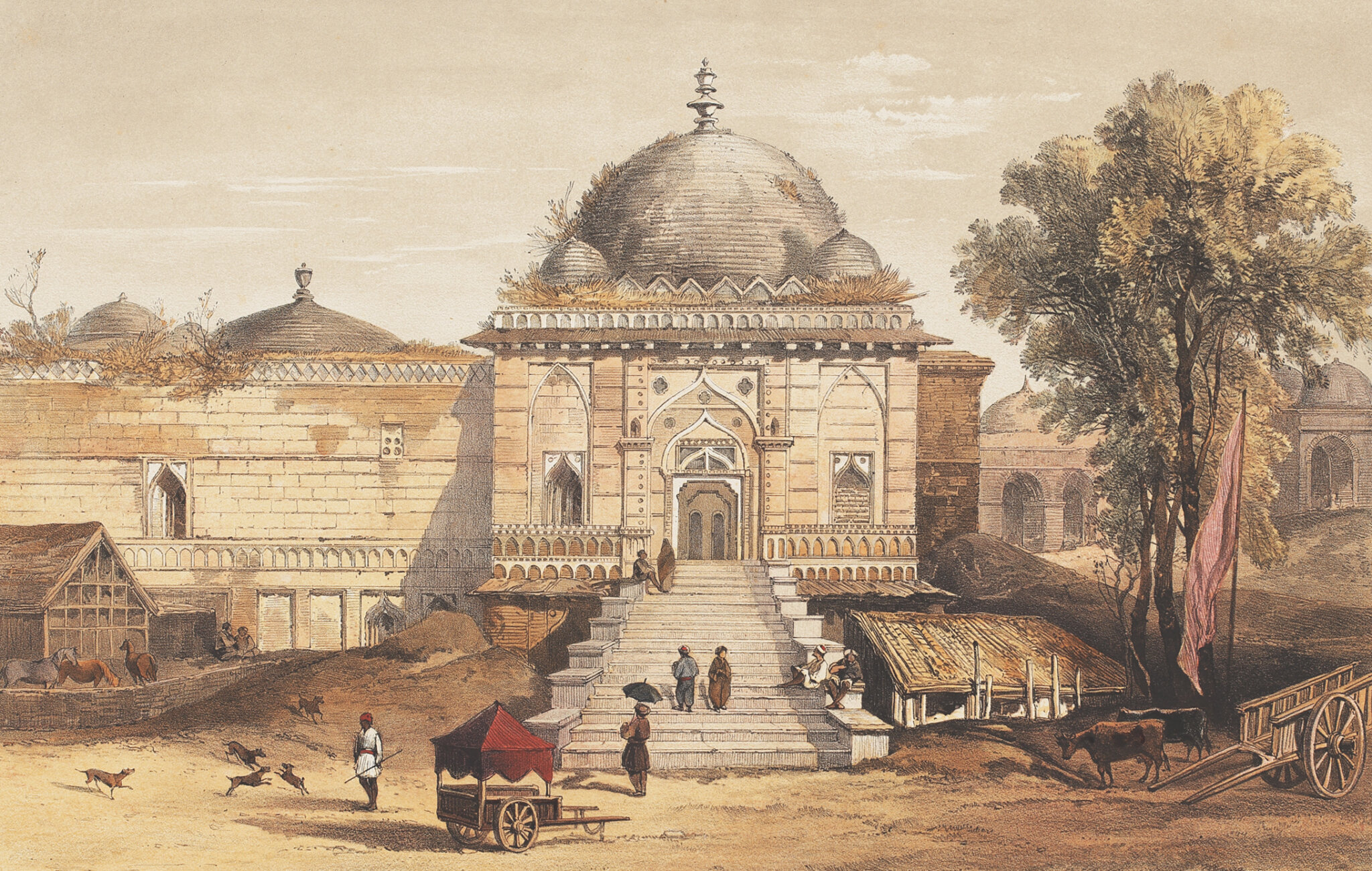 The Jami Masjid (Jumah Musjid) in Mandu is made with red sandstone, said to be modelled after the Great Mosque at Damascus. While the construction of the mosque began under Hoshang Shah Ghauri (reigned 1405-1435), it was completed in 1454 during the reign of Mahmud Shah Khilji I (reigned 1436-1469).

The engraving showcases the frontal view of the mosque, highlighting its domed entrance chamber to the prayer hall and the courtyard. The great courtyard is faced on all sides by colonnades not visible here, and the prayer hall has three domes slightly visible here from above the boundary walls. The rectangular entrance with its large domed porch is beautifully ornamented with carved screen patterns and a band of blue glazed tiles.

Front View of the Ruined Mosque, the Jumah Musjid