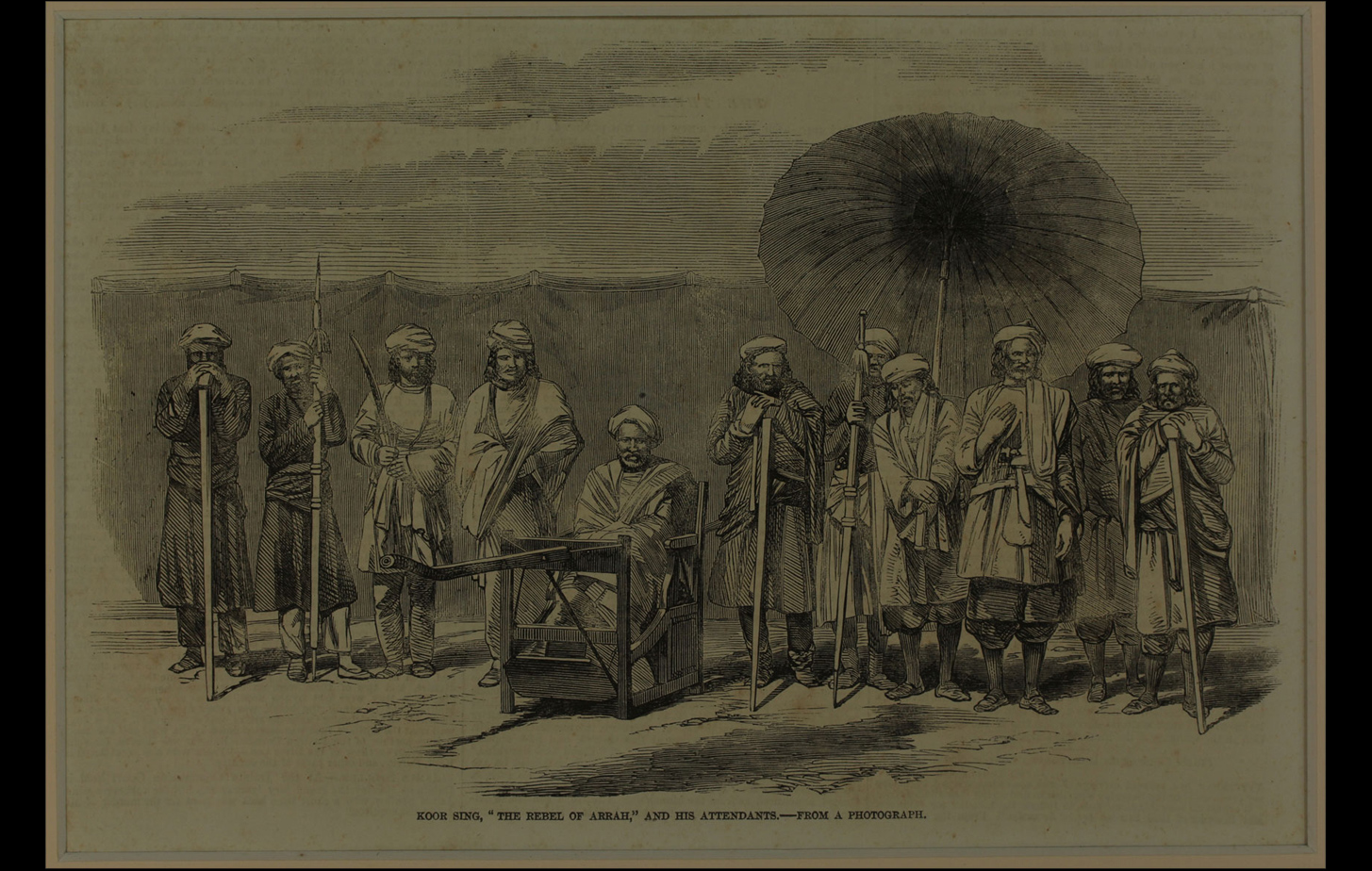 This engraving is titled “Koor Singh, the rebel of ‘Arrah’ and his attendants – from a photograph”. It was first published in the Illustrated London, right after the Uprising of 1857. Kuwar (Koor) Singh was a local zamindar who led the revolt against the soldiers of the Bengal Military Battalion in a small outpost of Arrah (modern day Bihar). The ‘native’ troupes of the Bengal Native Infantry were people hired from the local population of the region and were very loyal to their local zamindar Kunwar Singh, who was then 80 years old and was already unhappy with his arrangement with the Europeans. He advanced to various locations such as Lucknow and Jagdishpur, giving a tough fight to the British troupes wherever he encountered them. Kunwar Singh died fighting the British in a battle near Jagdishpur in 1858. This engraving is from a photograph perhaps taken before the Uprising, showing the zamindar sitting on a palanquin sorrunded by his attendants, one of them holding an umbrella for the master. The print was captioned by the publishers, and hence the title includes an additional “The Rebel of Arrah” with his name.

Koor Singh, the Rebel of Arrah