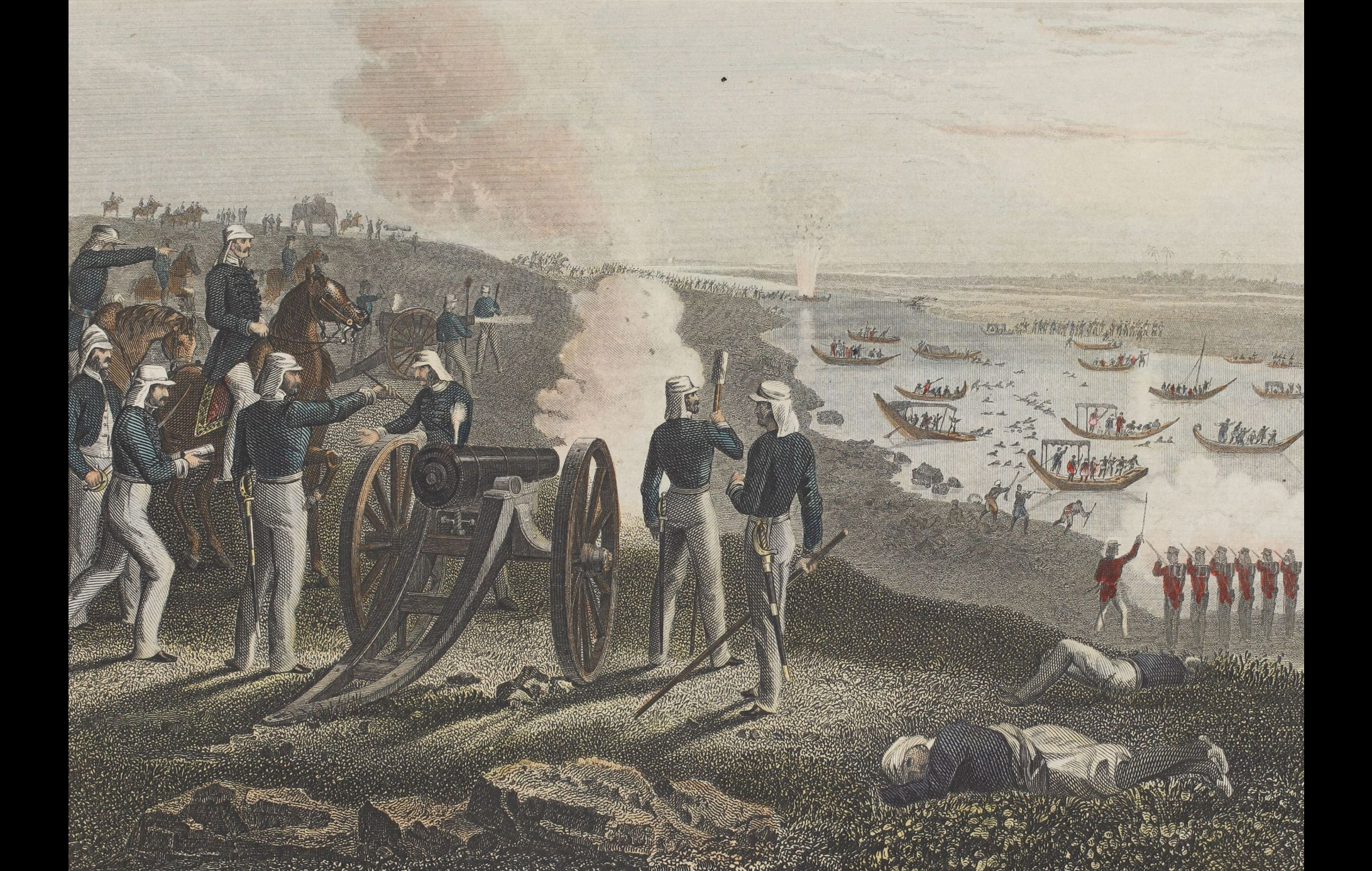 This engraving depicts the battle scene between the British troops led by Major Vincent Eyre and the Oudh (Oude) rebel forces in Allahabad (now, Prayagraj).

The revolt of 1857 was a crucial point in India’s colonial history, marking the first widespread form of resistance to the rule of the British East India Company. It spread throughout Northern and Central India, and it was the culmination of decades of resentment and dissatisfaction with British rule and policies.

This illustration appeared in Charles Ball’s book The History of the Indian Mutiny, which was published in parts in 1858 and 1859. The book depicts many entirely fictional and theatrical scenes, particularly in relation to British officers’ operations in Kanpur and other North Indian cantonments.