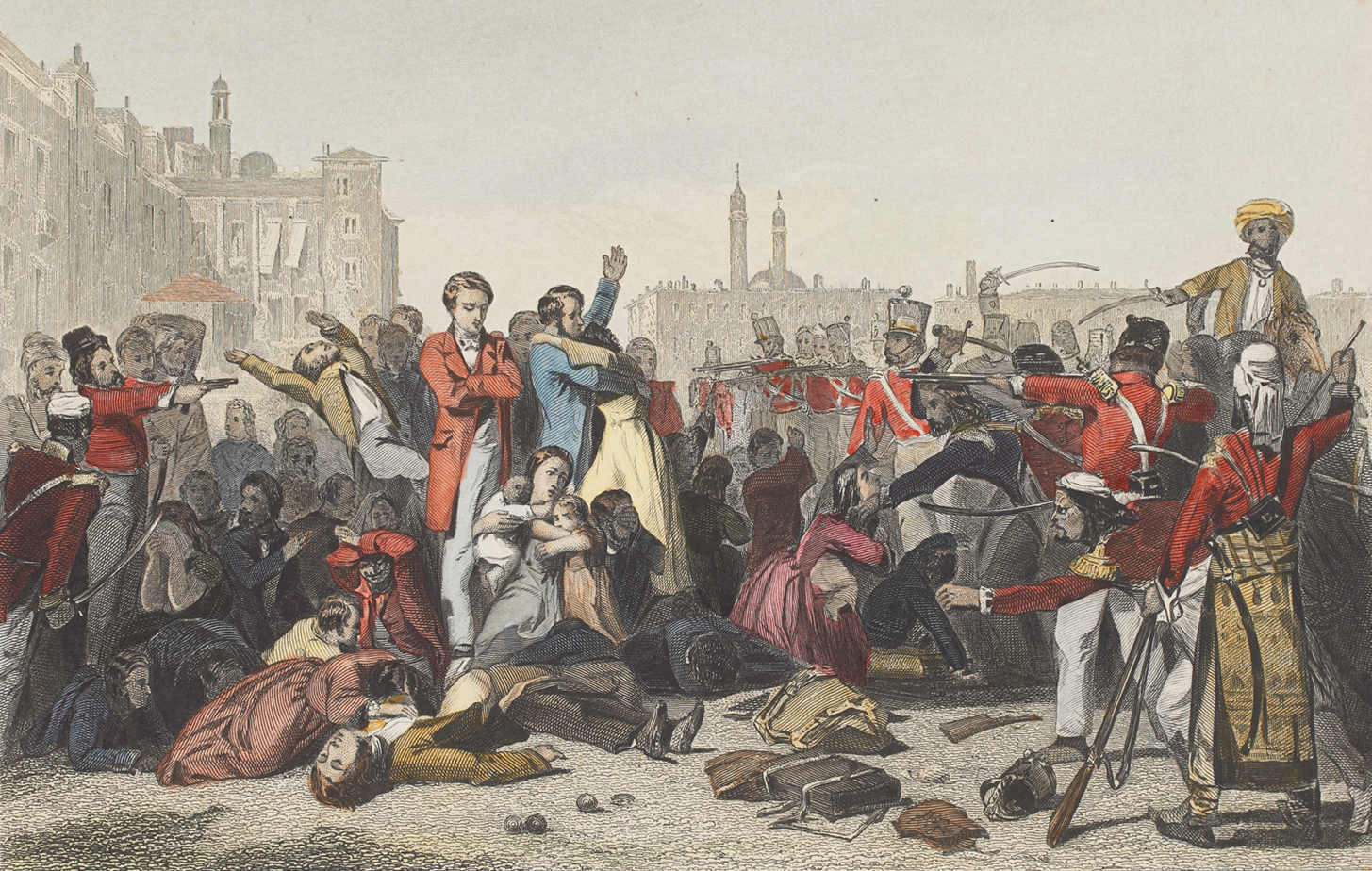 The first Indian Uprising broke out in the East India Company’s army in May, 1857 and the campaign to suppress it lasted till April 1859. The course of the Uprising followed five distinct phases; first came the outbreak and the measures taken immediately; this was followed by the capture of Delhi and the two reliefs of Lucknow; then came the re-conquest of Oudh; this was followed by the suppression of revolt in Central India; and finally, the ‘mopping-up’ operations. For the people living in the revolt-affected areas it was a struggle to survive and safeguard life, dignity and property. This time was characterised by widespread arson, the looting and damaging of government properties, and an unleashing of hatred and violence. From the military point of view, the scale of operations was very small. Minute armies deployed against each other and there were very few pitched battles; nor was the whole Company’s army involved in the Revolt, which was mainly confined to what was known as the Bengal Army.