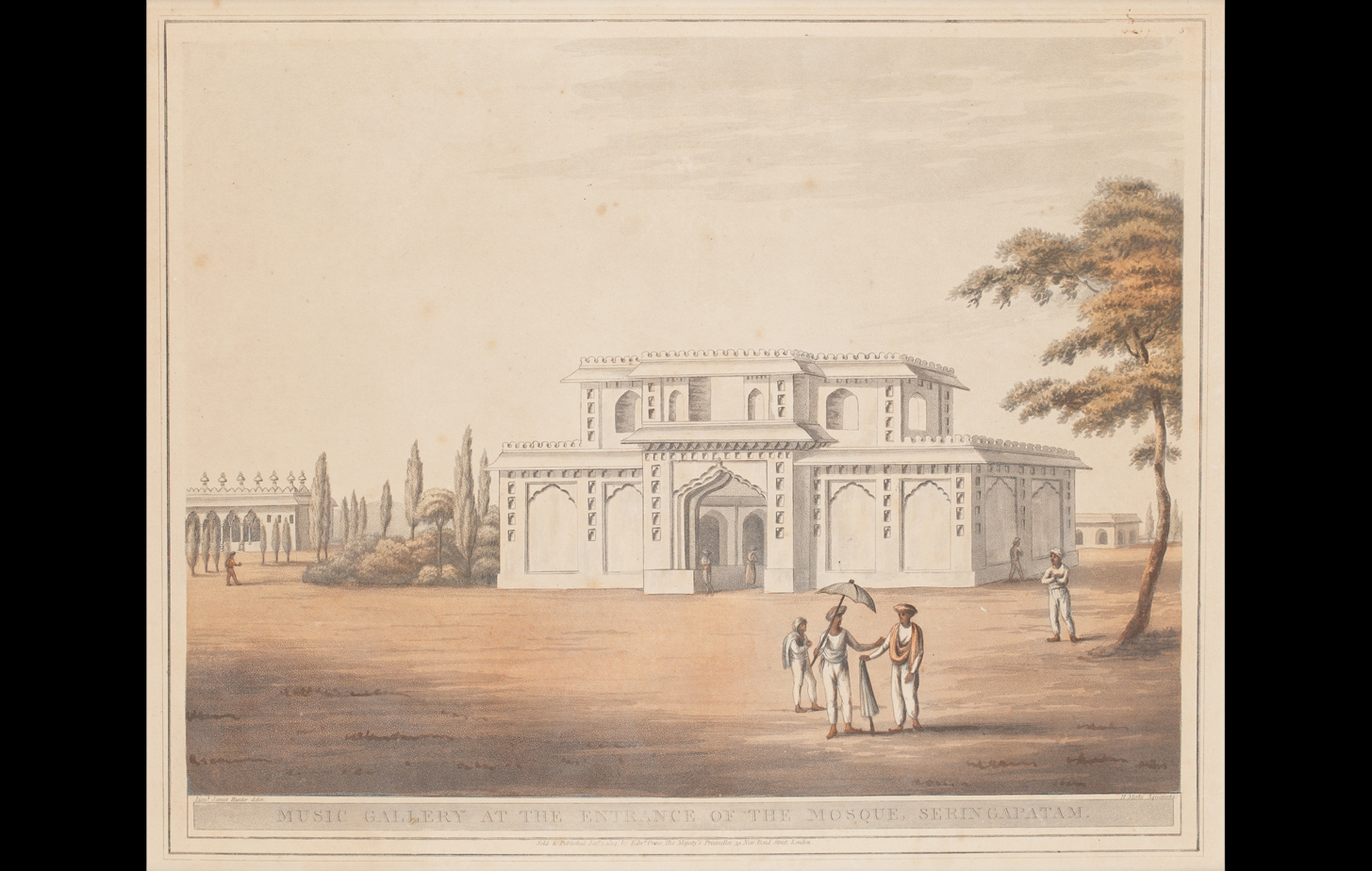 This engraving is after a painting by James Hunter, from his collection of illustrations titled “Picturesque Scenery in the Kingdom of Mysore”.

James Hunter worked for the Royal British Artillery in India and took part in the campaigns against Tipu Sultan. After the signing of the Treaty of Seringapatnam  (Srirangapatna) , Hunter took permission from Tipu Sultan to sketch the environs and monuments of his kingdom, which were later engraved and published in the 3rd section of the “A Brief History of Ancient and Modern India”.

This particular image shows a marble architectural form that is double-storied and has an arched entrance. What has been labelled by the author as the ‘musical gallery’ at the entrance of the mosque, could perhaps be one of the entrance gateways to Tipu’s family mausoleum.