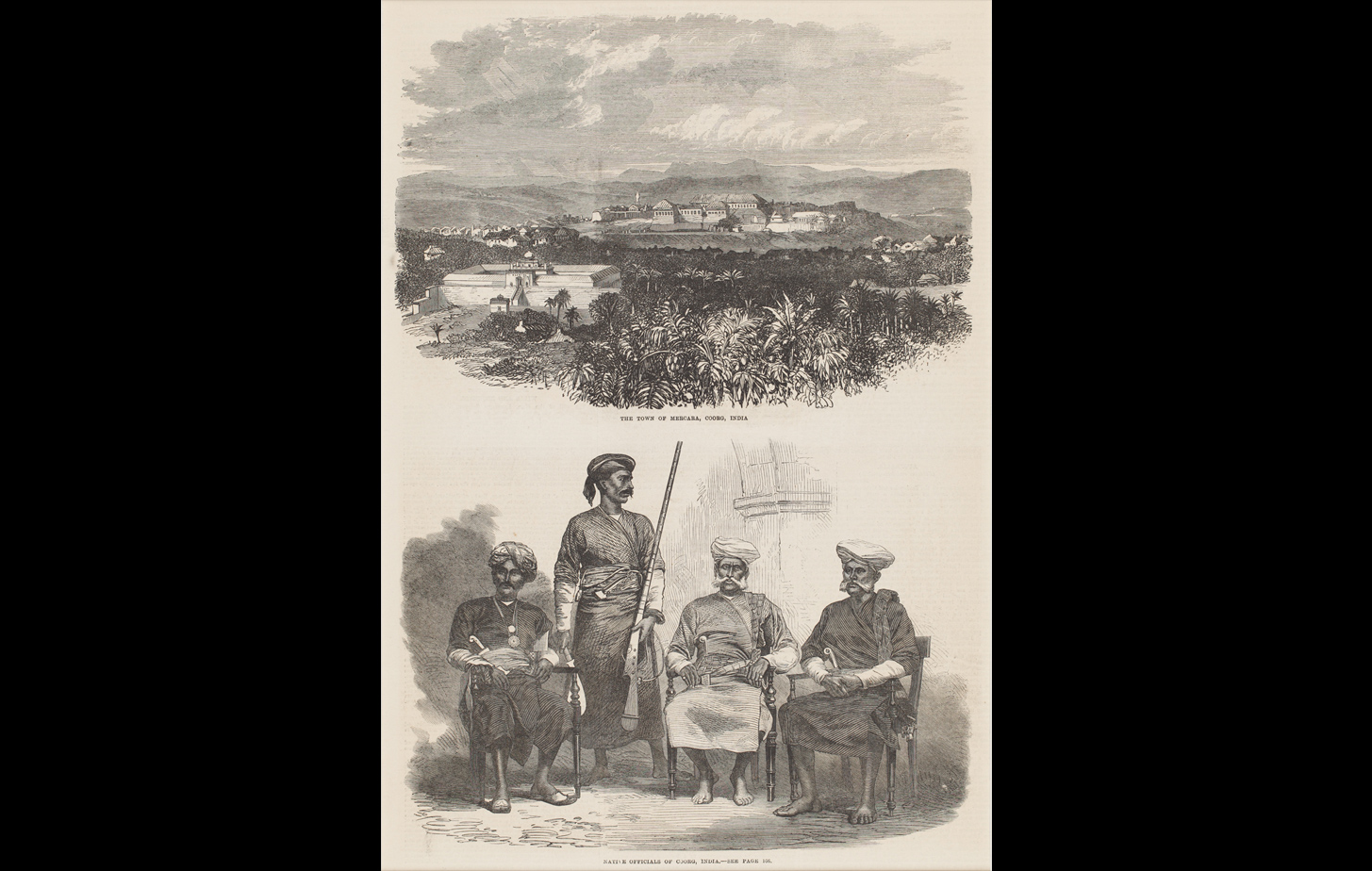 This image from the Illustrated London News shows the capital city of Coorg, Mercara, or Madikeri, from a distance (above) and the native Kodava officials of Coorg in their traditional attire (below). The Kodava kingdom of Coorg bitterly opposed the expansionist Mysore state under Haidar Ali and Tipu Sultan, resulting in one of the most violent rivalries in South Indian history. After decades of resistance, Coorg, finally annexed by Tipu Sultan, was ceded to the British following Tipu’s defeat in the third Anglo-Mysore war in 1792. Following his defeat in the war, Tipu lost close to half his dominion; this marked the first significant defeat of Mysore by the East India Company.