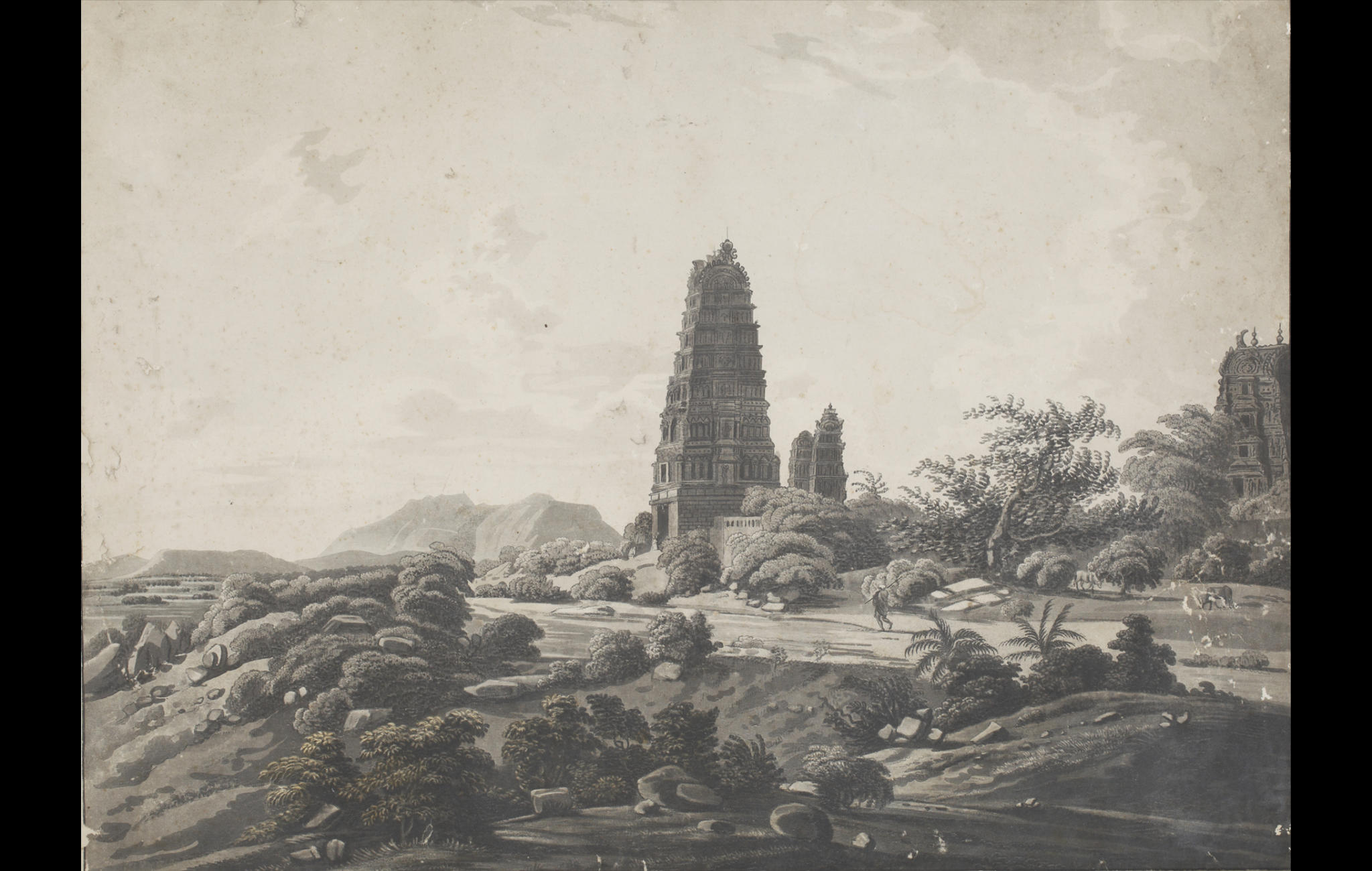 Sewandoorg (Savandurga) is a prominent hill in Karnataka. It was fortified in 1543 by an officer of the Vijayanagara kings. It was then acquired by the chief of Bangalore in 1570, with whom it remained until it was taken by Mysore in 1728. During Lord Cornwallis’ exploits in 1791, it was captured by the British.

The artist, Lieutenant- Colonel Robert Hyde Colebrooke, served as a surveyor in the Bengal Native Infantry from 1778 until his death in 1808. During the third Anglo-Mysore war, he drew a series of drawings as part of his duties. He drew views of Seringapatam, Bangalore and the hill forts of Mysore. He is also accredited with surveying the routes taken by the army of Lord Cornwallis in 1791 and 1792. His drawings were engraved by John William Edy which were published as ‘Twelve views of places in the Kingdom of Mysore, the country of Tippoo Sultan, in London in 1794’. The set proved to be immensely popular, leading to several editions of the series.