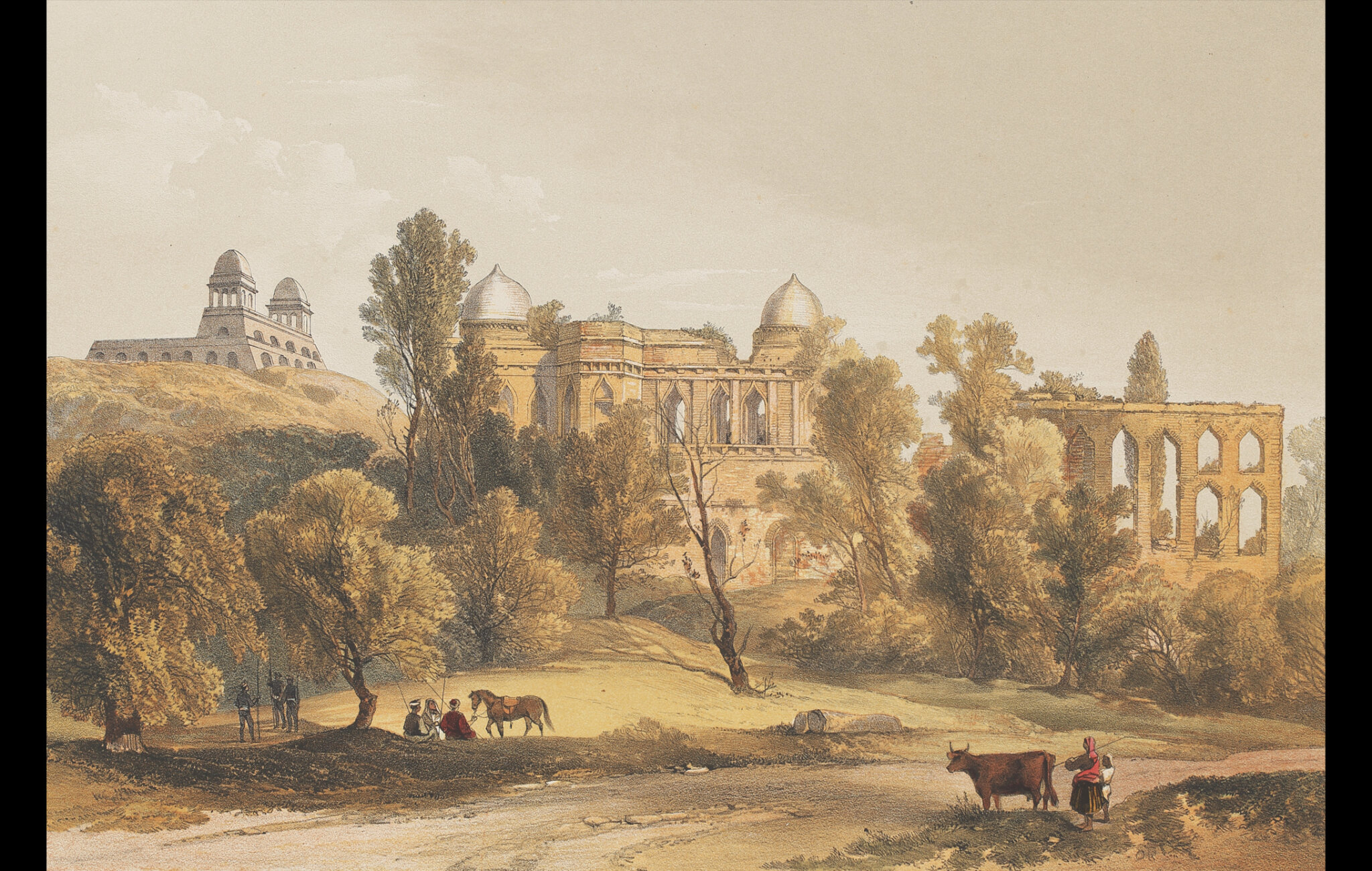 From 1555 to 1566, Mandu was ruled by Daulat Khan under the name of Sultan Baz Bahadur, whose palace is depicted in this particular lithograph. It was built in 1509, years before he came to power and is situated over a reservoir called Rewa Kund, which supplied water to the palace.

The Roopmati (Roop Muttee) Pavilion is situated on the edge of a cliff overlooking the Nimar valley. Located to the South of the Baz Bahadur Palace, the Pavilion is named after Rani Roopmati, the Queen of Sultan Baz Bahadur.

Palace of the Sultan Baz Bahadoor, and Pavilion of Roop Muttee, his Queen