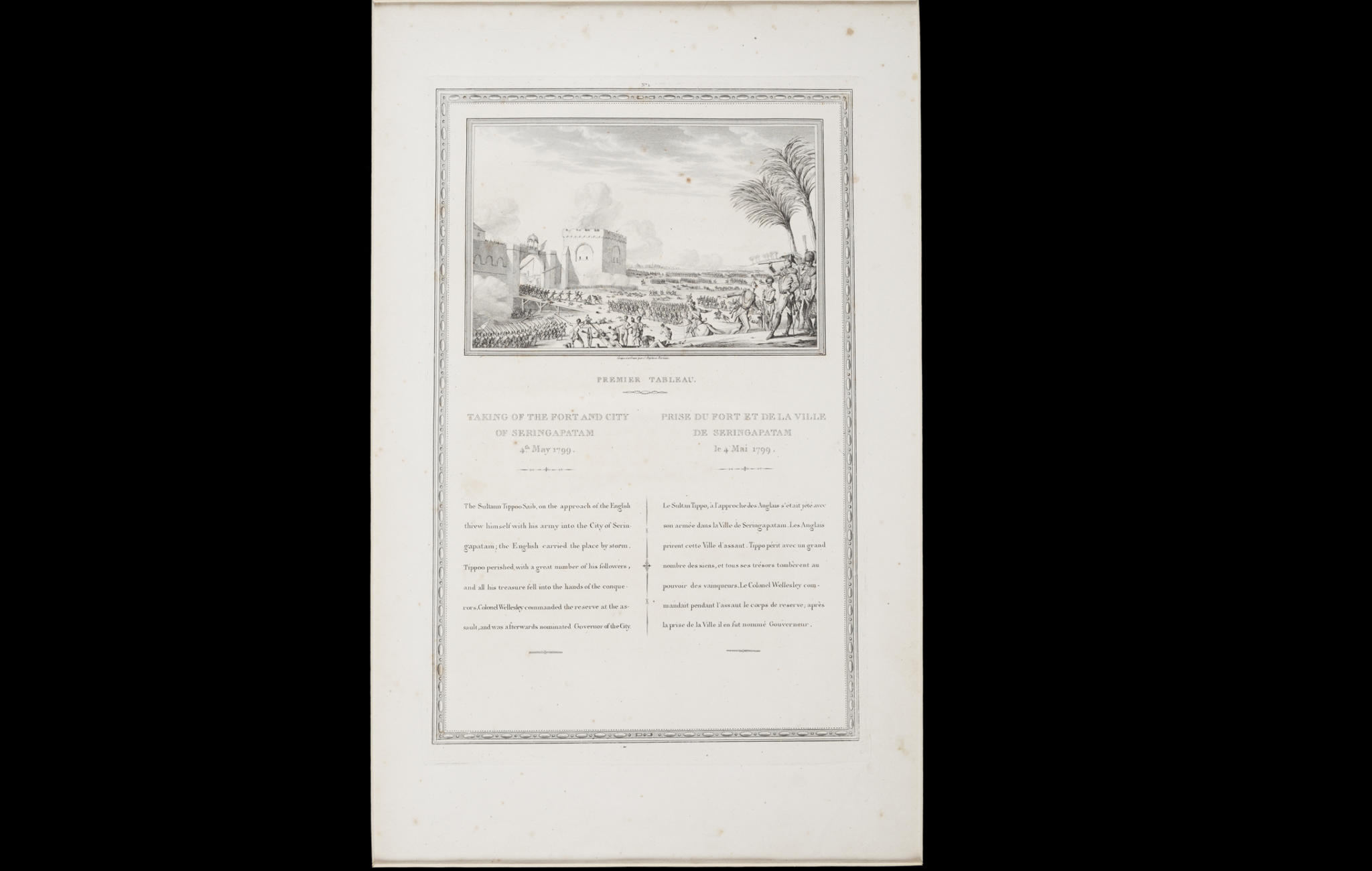 To read more on Tipu Sultan and the capture of his fortress at Seringapatam, click here.

Premier Tableau: Taking of the Fort and City of Seringapatam, 4th may 1799