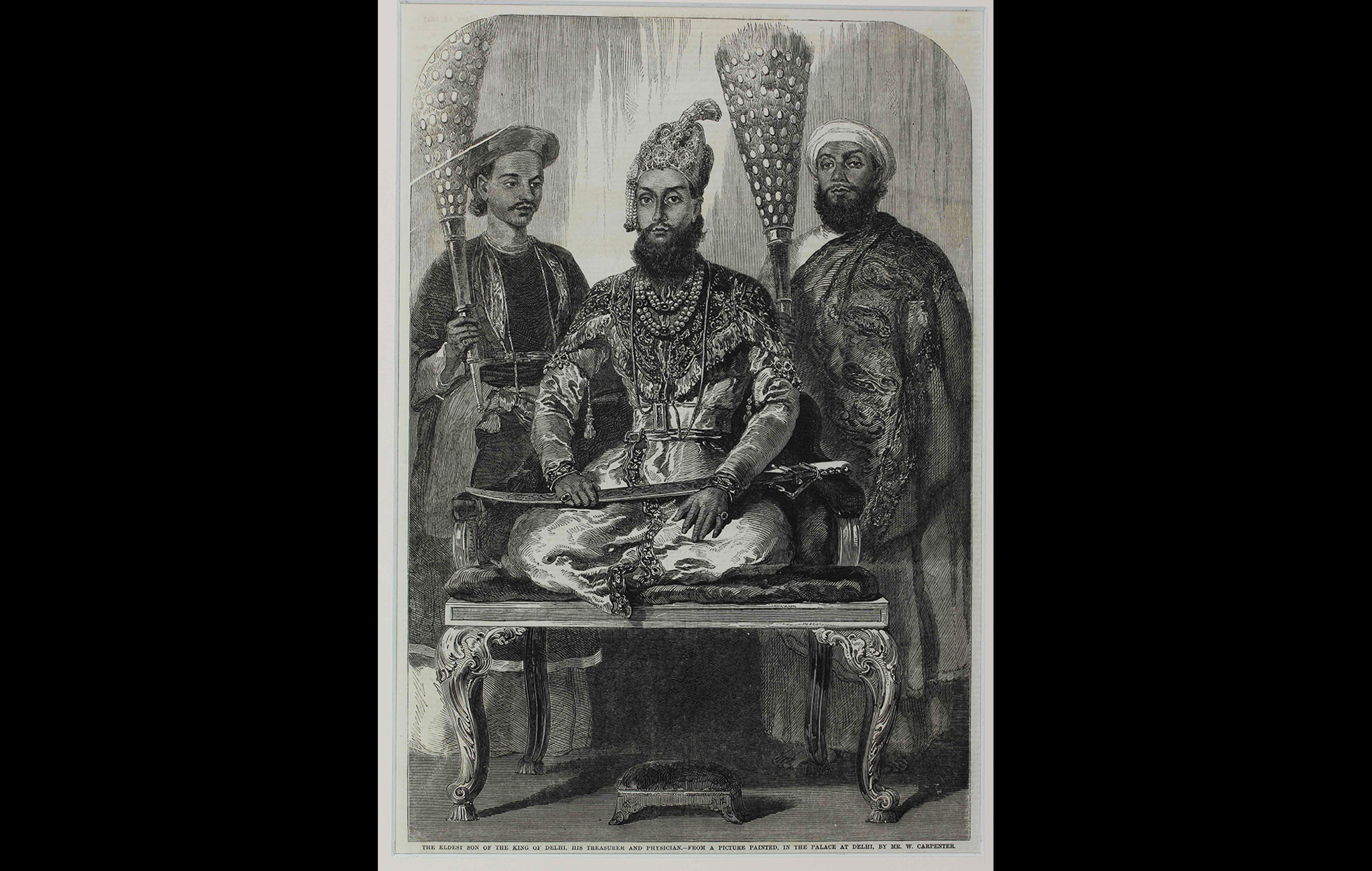 The 18th and 19th centuries saw many visits from British artists to India. They travelled everywhere and stayed with royal families. Before the lithographic press was invented, artists collaborated with engravers and woodcutters to get portraits engraved and then printed.

This is an engraving of a portrait of Prince Fakhr-ud Din Mirza, the eldest son of Bahadur Shah II, King of Delhi. He is seated here with attendants, who are holding the mohrchull or peacock fans, painted in February 1856, probably in Delhi. The prince passed away only five months later, on July 10, 1856. William Carpenter was the eldest son of esteemed portrait painter Margaret Sarah Carpenter and William Hookham Carpenter, who was the Keeper of Prints and Drawings Department at the British Museum.

In early 1850, he arrived in Bombay after following the example of his younger brother Percy, who was also an artist. He painted many portraits of local rulers and of the countryside, often dressed in Indian clothing himself. He travelled from Sri Lanka all the way to Kashmir and spent time in Punjab and Afghanistan and then moved to Rajasthan. He probably moved back to London, England in 1856 after living in Boston, USA for 10 years. He died in London in 1899. From a look at Carpenter’s Indian pictures, one can glean his interest in costume, agriculture, and everyday life of the locals.