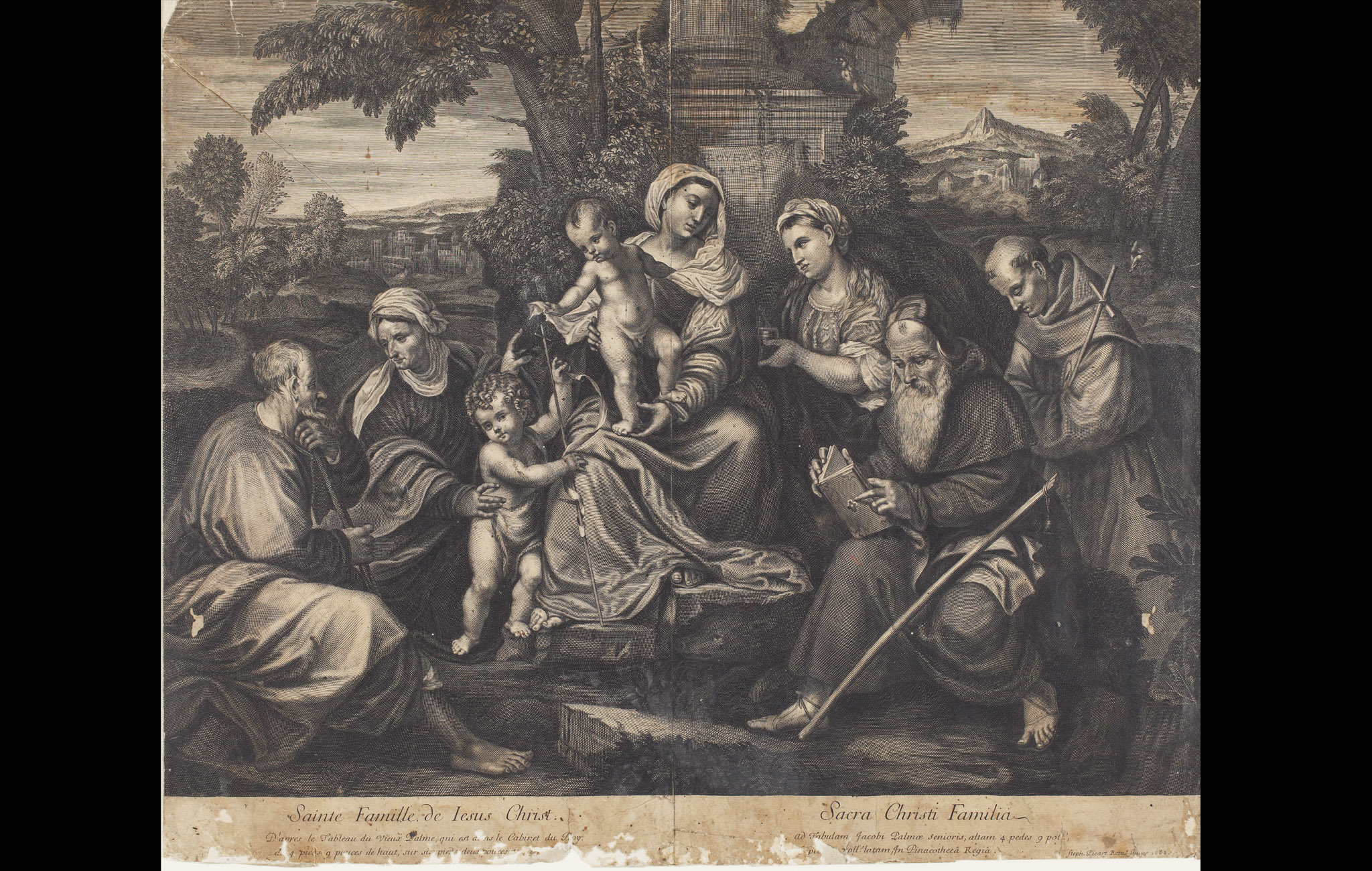 As the title of the etching suggests, pictured here is the Holy Family, traditionally and historically known as the ‘Holy Family of Françios I’ or ‘la Grande Sainte Famille Iesus Christ.’

The Virgin (Mother Mary) is seen seated right in front of the pillar, in the centre of the composition, and is holding up an infant Jesus Christ. St. Elizabeth is on her left side supporting infant Baptist, who is holding up a long cross. Saint Joseph also features as one of the male figures represented here; the other two men also represent the characters of Saints. Themes from Christianity were largely popular and sought after during the time period that this etching was created in (17th Century), and was believed to be an integral subject-matter in art.

Etienne Picart was born in 1632 in Paris, France, where he worked as a practising artist during the initial part of his career. He was an engraver and a print-publisher in Paris. However, he moved to and worked in Rome, Italy, from 1655 to 1661. Eventually, he moved again to Amsterdam, where he spent his last years living and working. Picart was the son of a bookseller named Bernard Picart. He is also the father of painter, draughtsman and engraver also named Bernard Picart (1673-1733), after Etienne’s father. Etienne Picart died in 1721, in Amsterdam, Netherlands.