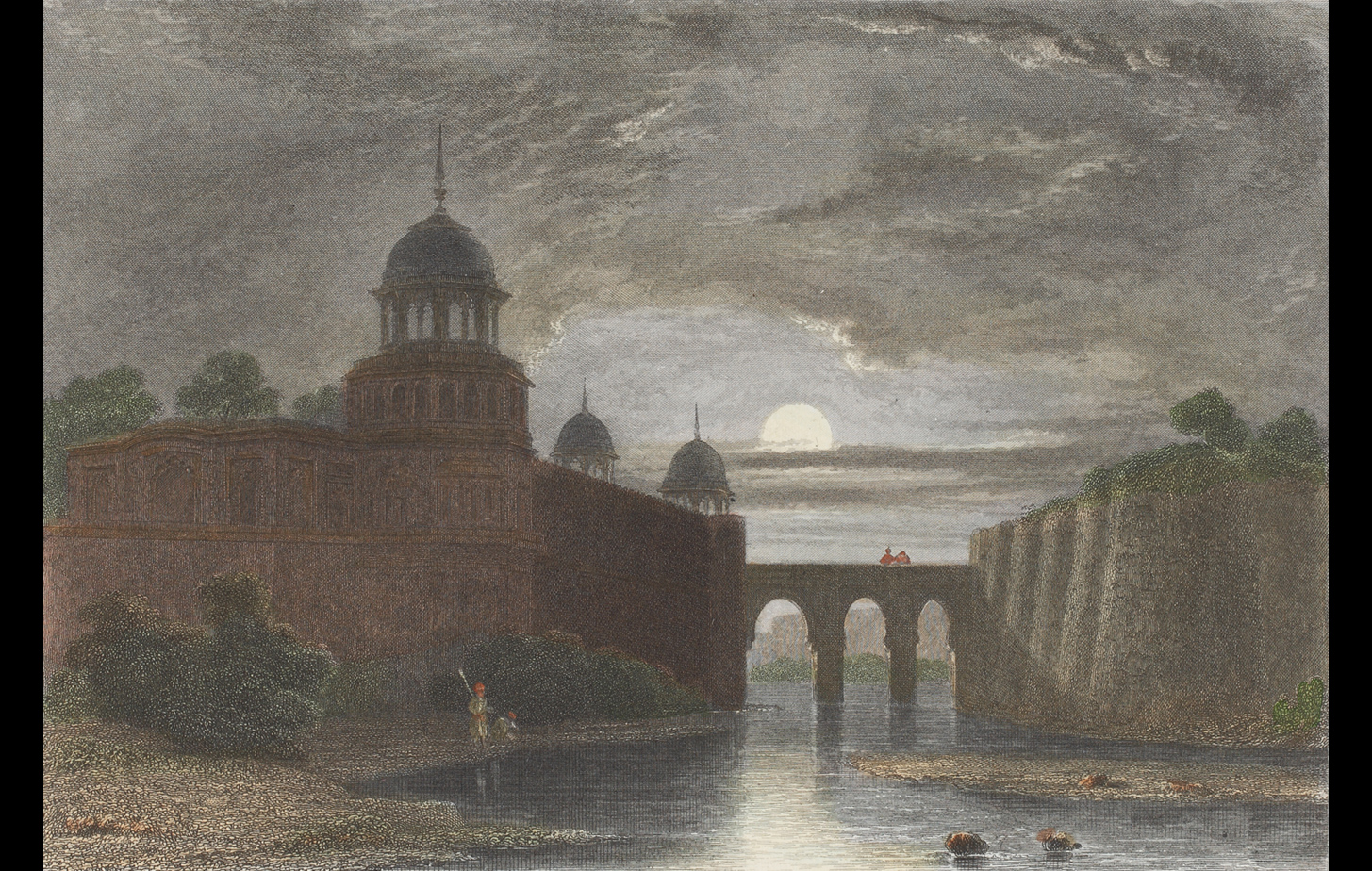 Inscription Verso Inscription by the Dealer “STATE PRISON AT DELHI. ARTIST: Drawn by William Daniell and Engraved by J. B. Allen. Coloured engraving. Year 1836.” This is after the painting of the bridge connecting the Red Fort to the Salimgarh Fort in Delhi, acorss the Yamuna river. The Salimgarh fort was built by Sher Shah Suri’s son Salim Shah Suri in the 1500s, and was later linked to the Red Fort by Shah Jahan. Aurangzeb converted the fort into a state prison which was continued by the British when they took control of the fort in 1857. It is in this capacity that a painting by William Daniell was made of the building.