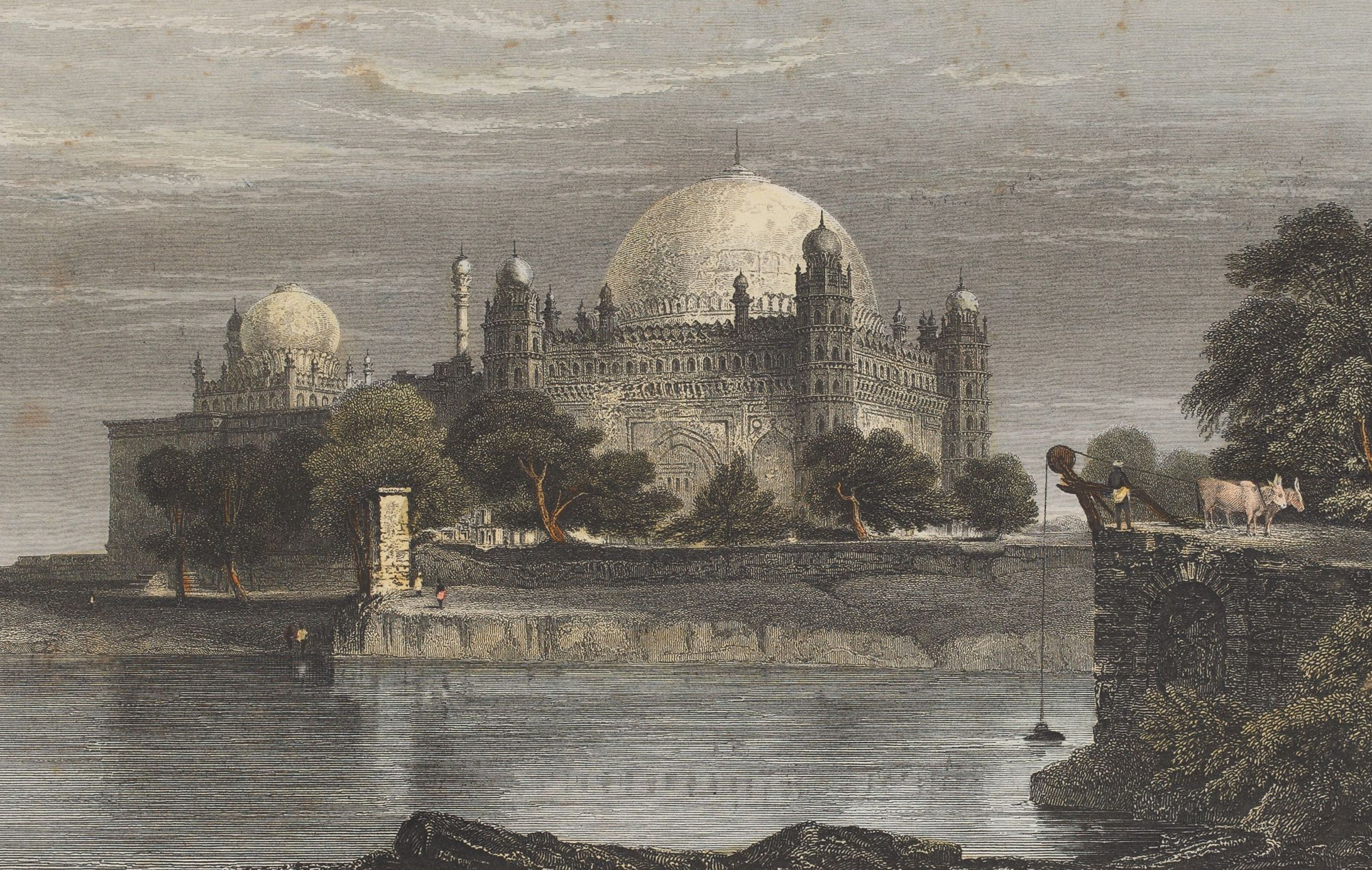 This 19th-century engraving of the tomb of Mohamed Adil Shah, the 7th ruler of Bijapur, Karnataka,  was drawn by S. Prout, a British artist, after a sketch by R. Elliot, a Royal Navy officer.

After the Bahmani kingdoms  (1347-1526 A.D)  fell apart, the Adil Shah dynasty of Bijapur rose to prominence as the most potent force in the Deccan. In 1627, at the age of fifteen, Mohamed Shah, the grandson of Ibrahim Adil Shah (r.1580-1627), was proclaimed as the Sultan of Bijapur.

The mausoleum of Mohamed Adil Shah (d. 1656) is known as Gol Gumbaz and is located in the east of the city of Bijapur in Karnataka. It was constructed in 1656. The structure’s most prominent feature is the brick hemispherical dome with a diameter of 42.97 metres. Without any type of support, the overall area covered by this single dome is 18,109.35 square feet.

The tomb is a part of an architectural complex comprising a mosque, a Naggar-khana (drum house), a gateway, and a rest house within a walled enclosure.