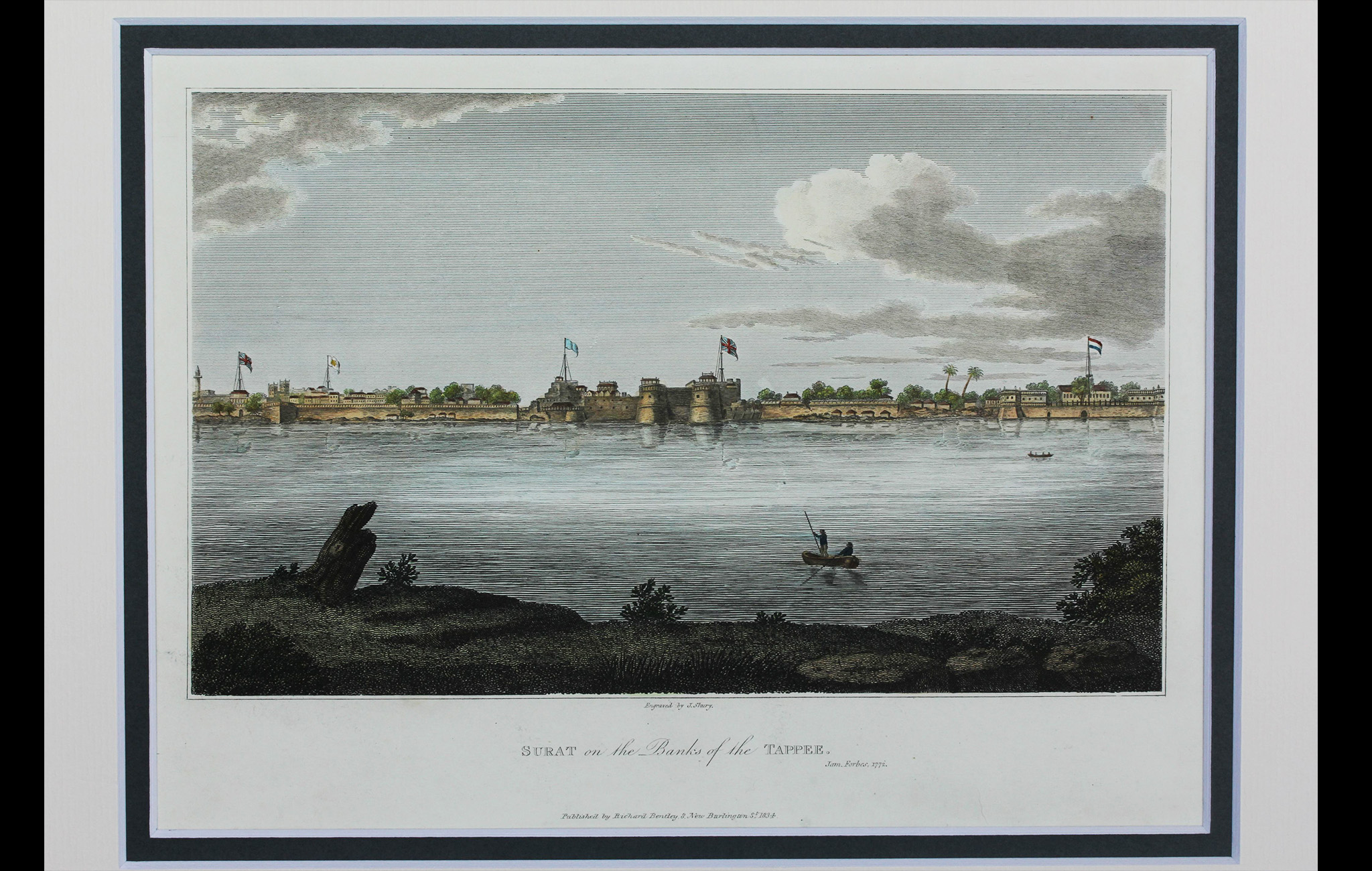 In the eighteenth and nineteenth centuries, company officials and professional artists played an important role in collecting and disseminating knowledge about India – an activity central to British imperialism. The discovery and definition of vegetation and fauna helped the Company’s mission of exploiting lucrative raw materials and furthering scientific research.

Sketching was a quick and economic method of recording primary material accurately. Many women and men who travelled to India had some training in draftsmanship and amateurs, particularly those in the military, played an important role in documentation of natural history.

For example, brightly plumed birds are paired with lush fruits and poems in James Forbes’ albums (nos. 146-47), tangling the love of nature with gentility and the economy. This particular engraving is from the first volume of Forbes’ “Oriental Memoir,” a series of illustrated letters describing aspects of nature, people and buildings that he came across during his travels in India in the 1760s-70s.

Forbes spent most of his working life in Gujarat as the Collector in Bharuch and Dhaboi. About the city of Surat in Gujarat on the banks of the river Tapti, he said, “this engraving represents this celebrated city in the most interesting point of view, from the English Factory to the Dutch bunder, taken on the opposite side of the river. In the centre is the Castle, with the British and Mogul colours on the towers; the more distant flag surmounts the Portugese Factory.” James Forbes (1749-1819) was an East India Company official and naturalist. He lived in western India between 1765 and 1784, during which time he drew and collected works of art, and wrote frequent letters to his family in England.

Surat on the Banks of the Tappee