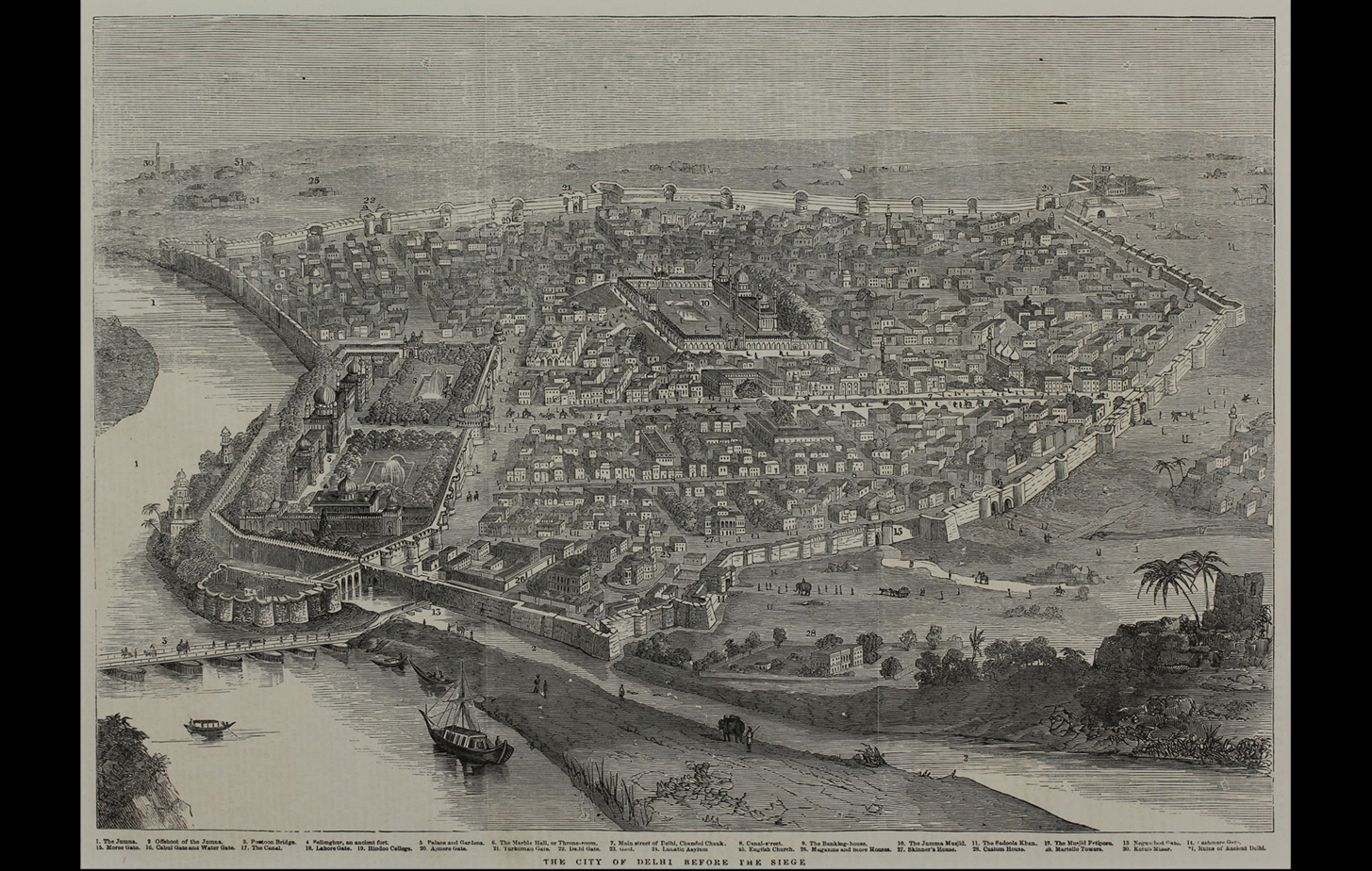 This engraving from the Illustrated London News is a detailed depiction of the walled-city of Delhi before the Uprising of 1857. Bounded by the fort-walls on all sides, the walled city with its landmarks, palaces, havelis and bustling streets is executed in detail and almost every important section is named and numbered for identification. The river Yamuna runs on the left corner along the fort walls where the fort of Salimgarh is also marked out joining the main fort through a bridge. Other important buildings that are highlighted are the Red Fort, Jama Masjid and the Fatehpuri Masjid, as also smaller landmarks such as the Hindu College, James Skinner’s House and the Banking House which was previously the haveli of Begum Samroo.

The City of Delhi before the Seige