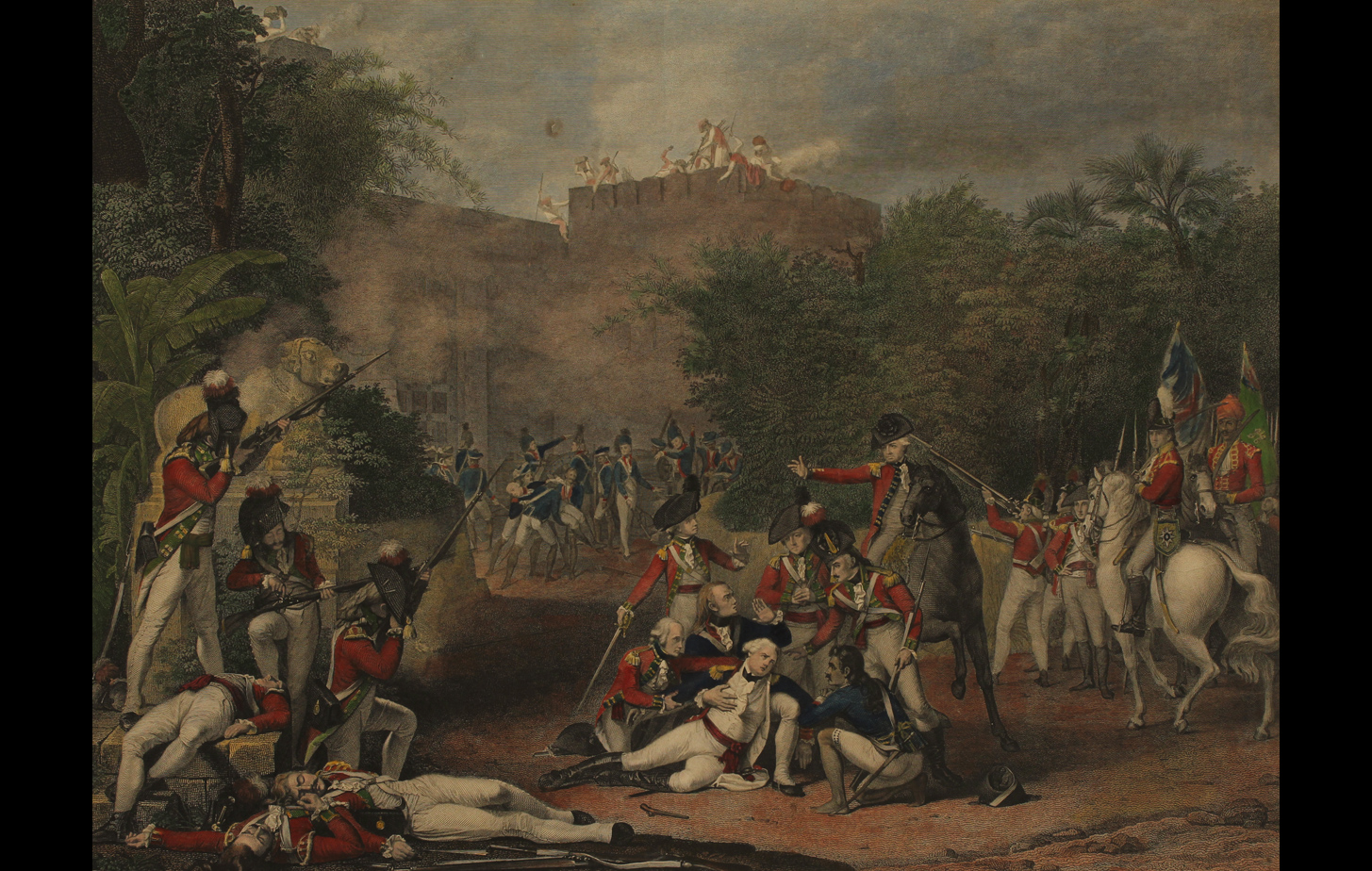 Engraving or etching is the process of deriving a print on paper from an engraved surface made of wood, metal or stone. There are many ways to create an engraved print such as a linocut, woodcut or block-print—Indians have been printing in this way from the 16th century. Prints gained massive popularity because you could create a large number of them quite easily by exposing various parts of the plate to acid baths of different strength for different time periods. The image here shows an event from the siege of Bangalore fort by the British during the third Anglo-Mysore War (1791). This dramatic depiction of the death of Colonel James Moorhouse is an engraving by E Stalker, after the original painting by Robert Home.

The Death of Col. Moorhouse