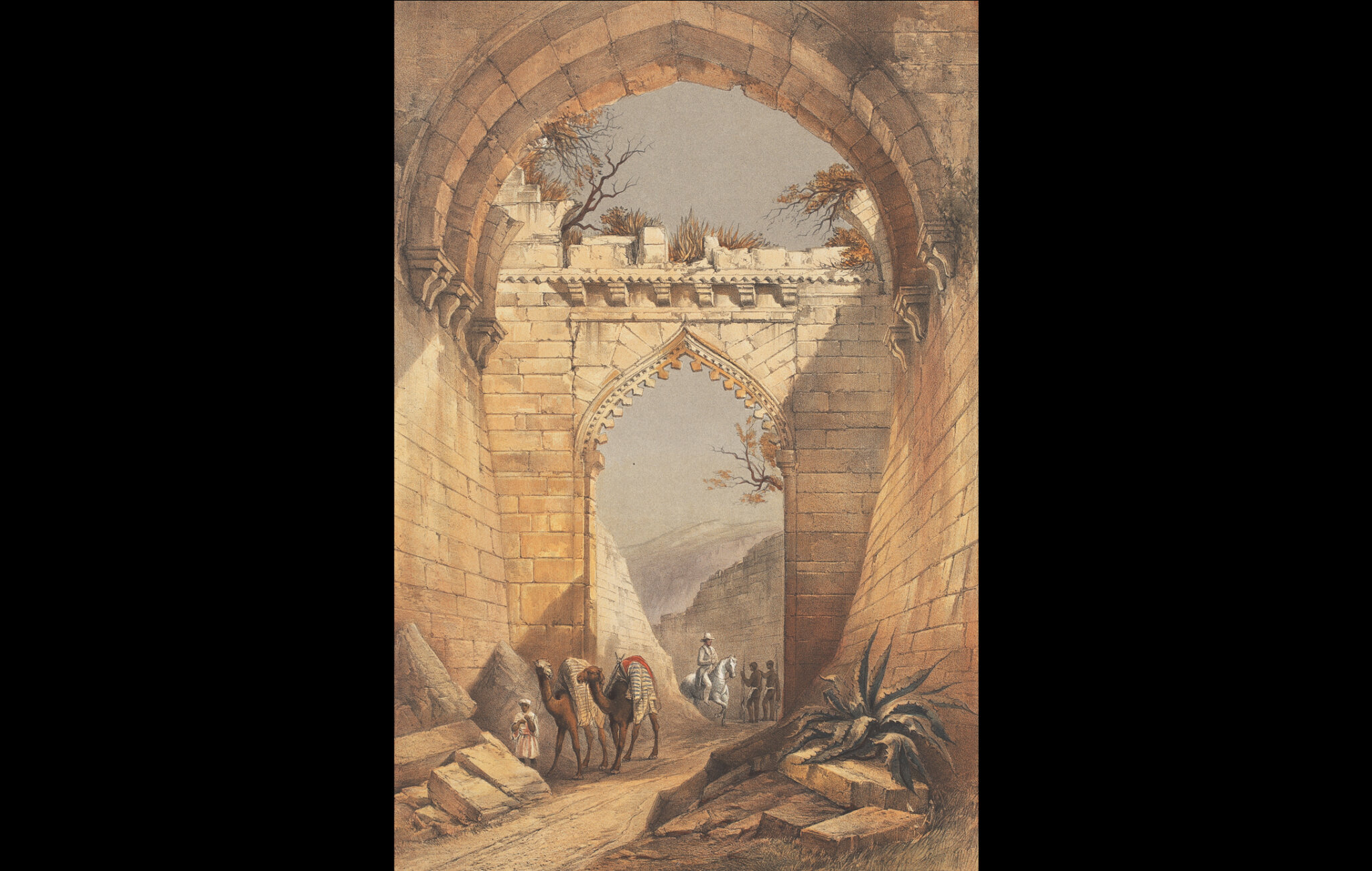 Depicted here is the Delhi Gate which was the main entrance to the fortress of Mandu. The gate was built by Hoshang Shah Ghuri (r. 1405 – 1431) who was the second Sultan of Malwa. Many structures in Mandu highlight the Islamic architecture of India and are said to have inspired the later Mughal architecture in the North.