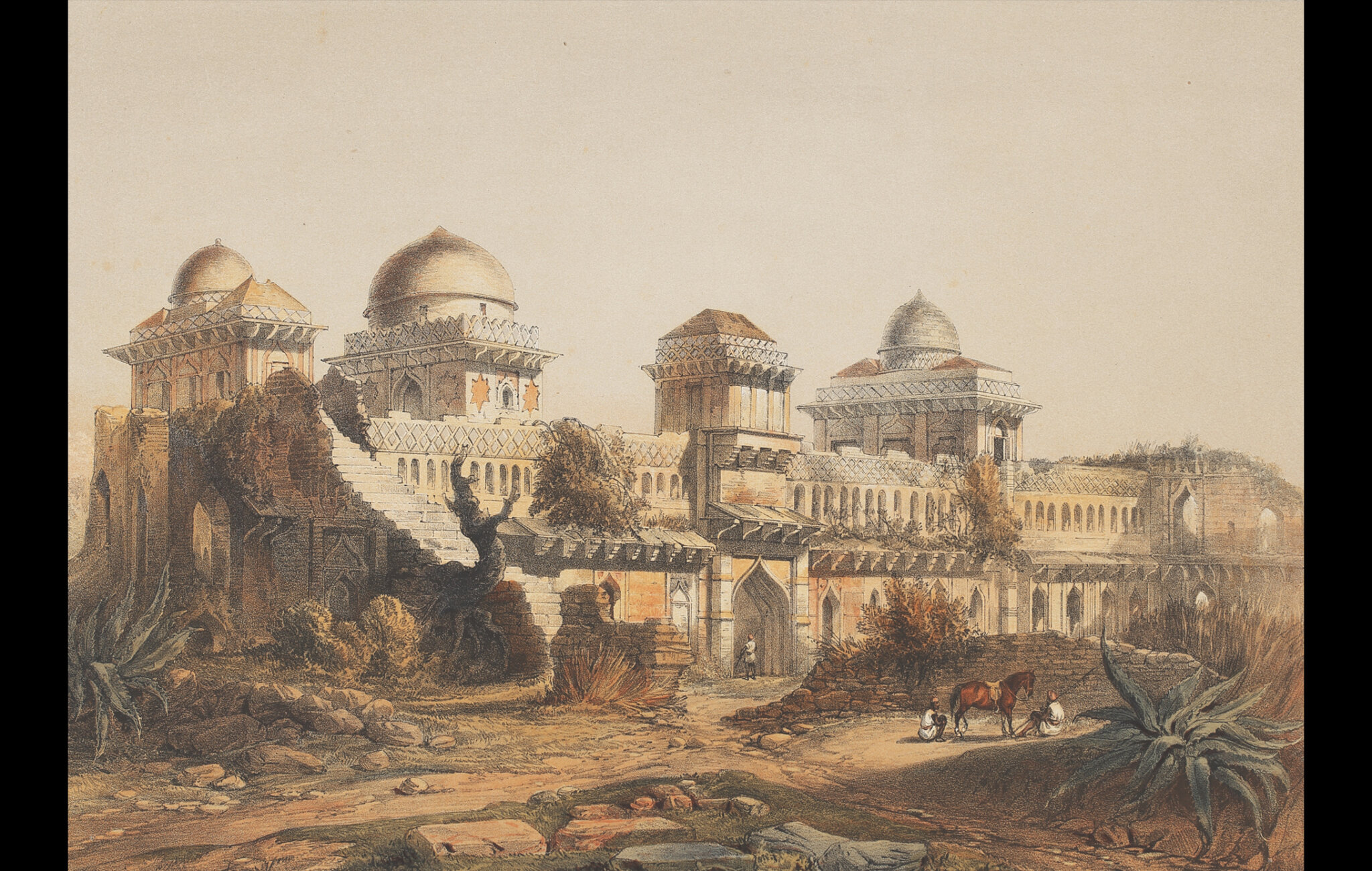 The Jahaz Mahal or the ‘Water Palace’ is called so because it was built by Ghiyath Shah (r. 1469-1500) between two reservoirs – the Kapur talao and Munja talao. It also served as the palace for Sultan’s harem.