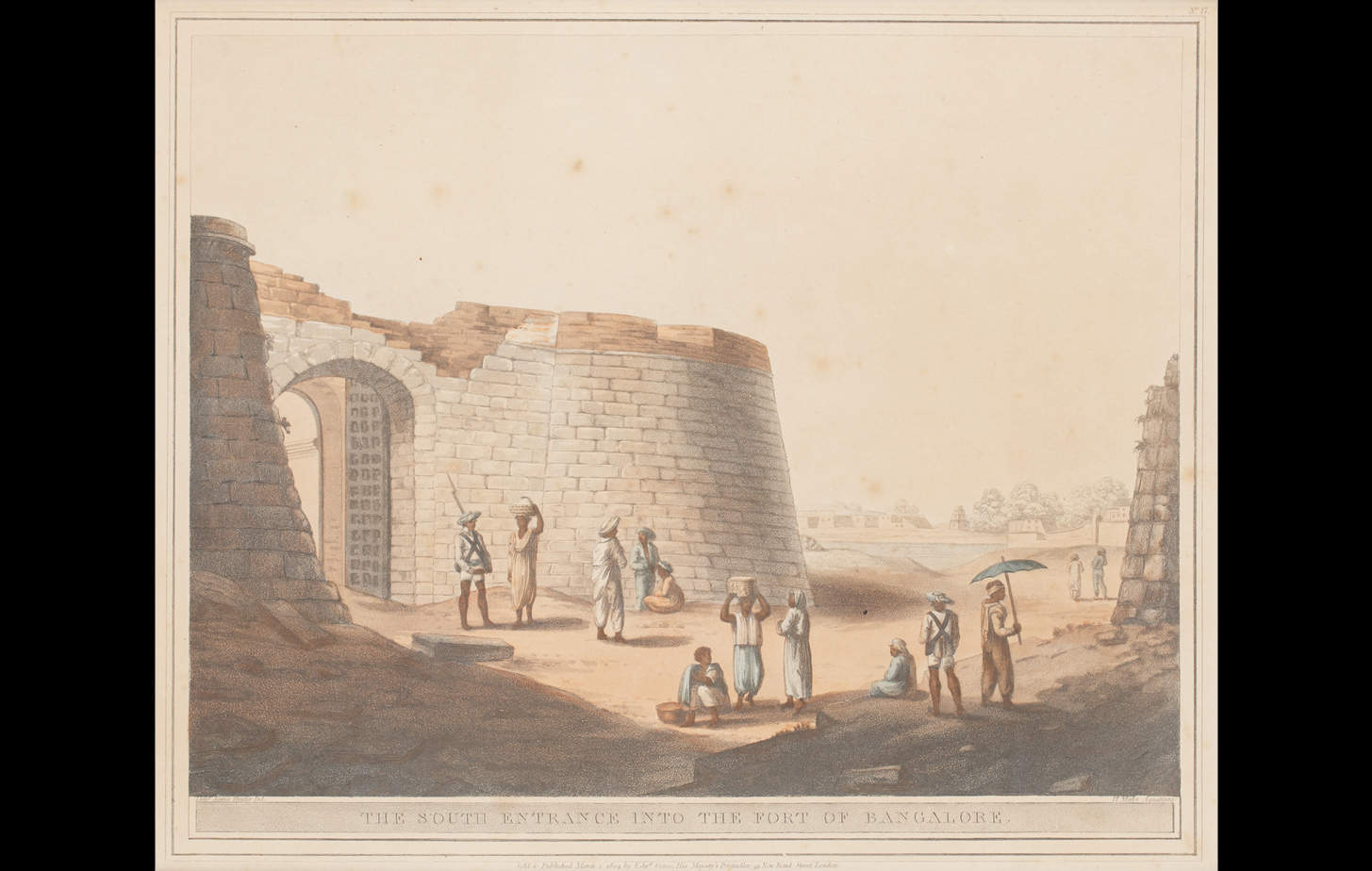 This is an aquatint engraving showing the southern entrance of the Bangalore fort post the attack on Bangalore by the British East India Company during the Third Aglo-Mysore War in 1791. The war was fought between the British army and the king of Mysore Tipu Sultan, who was defeated and the fort was captured. This engraving was created a year after the defeat (1792) after an illustration by James Hunter who served the British East India Company and took part in the Anglo-Mysore War. His sketches of south Indian cities such as Bangalore, Mysore and Madras, among others, formed a part of “A Brief History of Ancient and Modern India” by F. W. Blagdon in 1802-1805. This particular print shows repairs being made to the southern entrance of the fort after the war, with men from Tipu’s army (the fort was returned to Tipu Sultan in the year 1792) guarding from various positions.

The South Entrance into the Fort of Bangalore (now Bengaluru)